Editor’s note: Matt Cohler is a General Partner at Benchmark Capital. He’s responsible for identifying investment opportunities in Internet-related companies in addition to working closely with companies across the firm’s portfolio. You can follow him on Twitter here.

I wrote a Quora post the other day saying that mobile is just now becoming the most important platform and that winners and patterns are just starting to emerge.

As I mentioned recently in an interview with Michael Arrington at TechCrunch Disrupt, one of the patterns that’s emerging in mobile is this: Great mobile apps act like push-button remote controls for real life.

Check out this television remote control. Doesn’t it remind you of how a user interacts with a mobile smartphone? 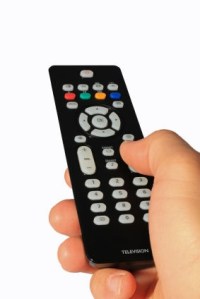 Two important elements of a remote control are that the user only needs to push a button to make something happen and that the user can easily and fully use the device with just one hand.

When an app enables a user to push a button and make something amazing happen in the world, and when that app is designed well enough to let the user create that magic with just one hand, then something really interesting is going on.

A version of this post originally appeared on Quora.