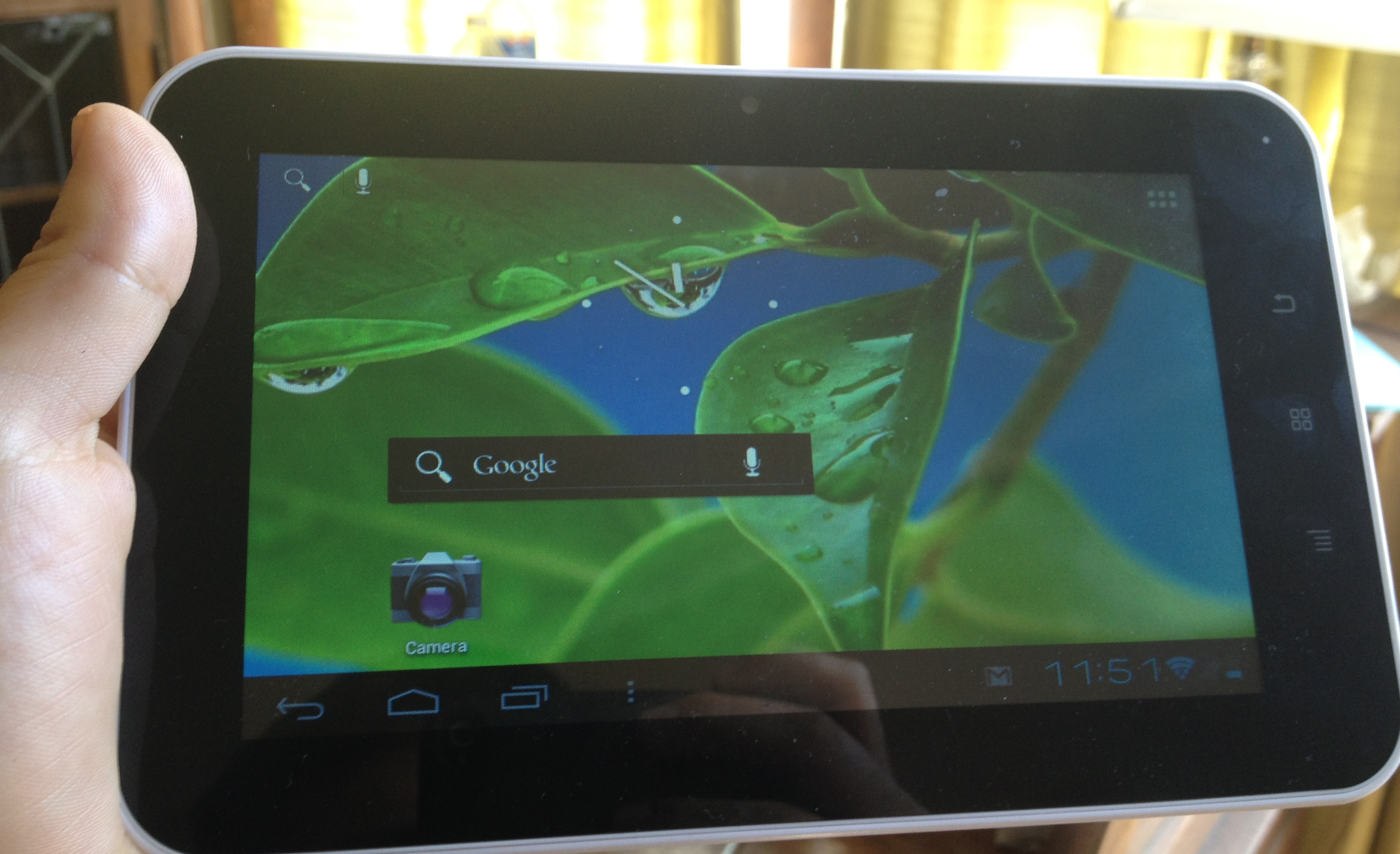 TechCrunch just got its hands on the new Aakash UbiSlate 7Ci, the super-cheap tablet that will attempt to connect every student in India to the Internet. Educators have long hoped that cheap computing devices could bridge the global information divide, but previous attempts have been dogged by disappointing performance, lack of Internet access, and financial barriers. The latest version of India’s $35 tablet comes equipped with WiFi and has an optional upgrade ($64) of a cellular Internet package of $2/month for 2 GB of data (roughly 25 emails, 25 websites, 2 minutes of streaming video, and 15 minutes of voice chat a day). More importantly, it is expected to launch this month in India with the government’s commitment to connect even the most remote areas to the Internet. The impact of a successful rollout is difficult to overestimate: rural schools that have been connected to the Internet show immediate and tremendous gains.

The barebones tablet is compact enough for even the tiniest hands to hold (7.5 inch display), boasts a front-facing camera just grainy enough for video conferencing (VGA 480×640), and browses the web about as fast as an iPhone (Cortex A8, 1Ghz Processor). Below, we’ve included a demo of the Internet browsing in action:

Aakash’s first attempt at a $35 tablet was widely criticized for poor deployment, being unable to handle rough environments, and being too slow. This new tablet appears to have passed a battery of usability tests, and the new processor seems to handle most computing tasks quite well.

The initial tablet drop will go out to universities around the country, according to a source close to the project. India, our source says, has roughly 900 million mobile subscriptions and 80 percent of the country is covered by the broadband data network (GPRS). Through “a special agreement” with the network operator, the tablet manufacturer, DataWind, will offer broadband for a monthly cost of US$1.78. For areas without good electrical access, the tablet can be powered by a solar charger.

The Research On Connected Students

The potential education implications of a universally accessible, Internet-capable tablet are significant: the best research on computer-based education shows that students with little human instruction can perform on par with their privately tutored peers.

When Newcastle professor Sugata Mitra scattered unsupervised standalone Internet stations throughout the slums of India, in mere months, neighborhood children significantly increased their science, reading, and math knowledge, leading one reviewer of his to conclude that the impressive results were simply “too good to be true.”

In the States, the Federation of American Scientists is experimenting with an immersive 3D shooter game to teach biology. Users assume a heroic antibody, hunting down destructive viruses.

“The amount of detail about proteins, chemical signals and gene regulation that these 15-year-olds were devouring was amazing,” said Melanie Stegman, the “Immune Attack” creator. Commenting on the anecdotal evidence from her young participants: “Their questions were insightful. I felt like I was having a discussion with scientist colleagues.”

The actual results from airdropping computers into poor countries have been mixed. Championed by MIT’s One Laptop Per Child program, host countries in Latin America have spent millions equipping their young school children with director Nicholas Negroponte’s signature fluorescent green laptops. A partial country-wide rollout in Peru found minimal results from the One Laptop Per Child program, which supplied 850,000 laptops at a cost of $225 million. Dogged by unprepared teachers, students made no significant gains on math and reading, and some positive gains to critical thinking and verbal fluency.

In response, Negroponte tells TechCrunch that Peru’s negative experience was an execution mishap. Uruguay, which, according to the World Bank, is doing a great job of fully rolling out laptops to every single child, is having a much better experience.

One Laptop’s experience is not uncommon: many so-called “miracle” solutions fall apart after scaling. Charter schools, in the U.S. for instance, have really only found a few models that work at scale (like KIPP), despite many glowing media stories about their wild success.

The execution, infrastructure, and curricular strategy of the tablet will make all the difference. Aakash has an uphill battle for sure. But success could mean a fully literate world, connected to all the knowledge necessary to pull the poorest people out of despair.