iOS 6 is here, and you’re probably in some stage of trying to download or install it on one or more device if you’re reading this, or at least contemplating an upgrade. Some might be thinking about hanging back, waiting to see if the changes result in a net gain or not. Well let me tell you upfront: this is an update that should please most, if not all, with the possible exception of a single area where growing pains are still apparent.

There are some elements of iOS 6 that quickly become features you’re not sure how you lived without, and those aren’t necessarily the ones that Apple spent a lot of time highlighting during past announcements and on their website. Here’s what I’ve enjoyed most about my experience with iOS 6.

1. New call response options. These seem silly and sort of minor, but in reality, the call experience on the iPhone is the one that that’s gone unchanged for longest. Any update is noteworthy, and one this useful is actually something to get excited about. You can set either custom messages or choose from Apple’s own and respond to incoming calls with an outgoing text or iMessage note, send calls to voicemail or ask for a reminder. This is a perfect example of Apple thinking about how people actually use their phones, and it’s a huge time saver that’s also considerate to people you’re desperately trying to ignore. Win win. 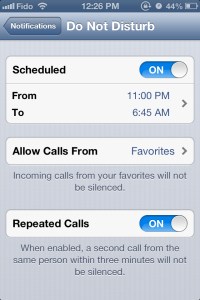 2. Do Not Disturb. I like my quiet time, but turning off notifications under iOS 5’s notification center was always a tricky affair, and I always missed some and then wouldn’t forget to put things back right again when I was through. Do Not Disturb fixes that, allowing you to easily schedule down time, complete with scheduling and sensible exceptions to keep you informed with what’s most important. This is another small but instrumental feature, and one you’ll find yourself using from day one.

3. VIP email inbox. Mail on iOS still feels a little bare compared to some of the complex setups you can create on the desktop with various tools, but this is a very nice addition to mobile mail that goes a long way toward making it more powerful. Assigning VIP status to your connections means that you’ll have quick access to your most important messages, making achieving total inbox zero less of a concern.

4. Shared Photo Stream. This one really should’ve debuted alongside iClout itself, but it’s good to have it now. Most times, the iPhone is the only camera I carry, and with improved camera features in iOS 6 and improved hardware on the iPhone 5 that’s likely to become even more true. So building sharing and commenting right into Photo Stream is a huge deal, and one that should benefit just about anyone. 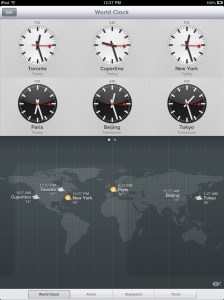 5. Clock for iPad. You can mock me if you want, but I’ve never understood why the iPad didn’t offer a native clock app. Sure you could get third-party options, but an alarm on built-in system software just can’t be replaced by downloadable tools, at least in terms of peace of mind. The iPad Clock app also has some basic weather built in, so that’s an improvement, though it’s still missing the native dedicated weather app.

Some elements of iOS 6 seem promising, but either haven’t had the chance to prove their worth yet, or else just aren’t as useful as those things mentioned above in terms of day-to-day use. Here are highlights of features that fall into that category.

1. FaceTime over cellular. This is a welcome change, even if AT&T isn’t being so welcoming about it. FaceTime has been Wi-Fi-only since its original debut, and that’s not exactly ideal for a video chat app designed to be used on mobile devices. FaceTime over cellular should increase its usefulness, but FaceTime in general still strikes me as a nice-to-have, not an essential service.

2. Siri improvements. Siri gets movie times and reviews, Yelp info and OpenTable reservations, app launching powers and the ability to post updates to Twitter and Facebook. Siri also expands to the new iPad, and the iPod touch (5th gen). Those are good things, and the service is clearly receiving much-needed attention from Apple’s engineering team, but I’m still not convinced that Siri’s found a daily place in most user’s lives. iOS 6 could help begin to change my mind on that front, however. 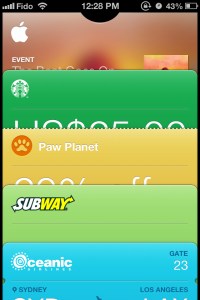 3. Passbook. If there’s a feature in iOS 6 that wins the award for most promising rookie, it’s Passbook. The virtual wallet app holds tickets, coupons, gift cards and more, and can pop up on your notification screen when you’re in the right place at the right time to use one. That’s a potentially powerful tool for marketers, retailers and brands of all stripes, and the interest from third-party companies either looking to help users create them (Passk.it, PassRocket and PassTools to name a few), or brands looking to take advantage (Eventbrite,Virgin, Starbucks, Amtrak, many more) suggests it’ll be everywhere pretty quickly. The only reason it qualifies as good and not the best is because we’ve yet to be able to test it in real world situations, which is the only place that counts.

4. Facebook integration. The addition of Facebook system-level sign on has been hinted at for a while now, and it’s nice now that it’s here. It makes sharing photos and posting status updates a lot easier. Third-party API access should help developers leverage it for interesting things, too, so overall this is a win for both users and Facebook.

5. Individual signatures for separate email accounts. This has long been an annoyance for iOS users, especially those who have both work and personal accounts on their devices. Now, you can set unique signatures for each email account on your device, ensuring that your boss won’t get the “<3” emoticon – unless you really want them to.

The Not So Good 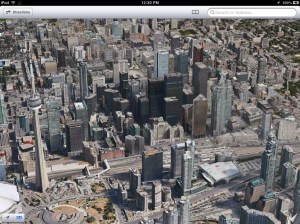 1. Maps. This is pretty much a known weakness of iOS 6 at this point, but it’s going to affect those who depend on public transit most of all. Walking and driving directions are actually still pretty solid in Apple’s Maps offering, and turn-by-turn navigation works well, albeit at a heavy cost to battery (generally standalone GPS units spend most of their lives plugged in, so this isn’t a huge deal). There are reportedly third-party apps on the way to shore up the gap in public transit, and Yelp points-of-interest are useful, but for users coming from Google Maps (lack of street view hurts as much as anything else) either on iOS, or worse, on Android devices, it’s going to be a step back.

2. Redesigned App Stores. All of the App Stores on all iOS 6 devices got a visual facelift, along with some changes in Genius and search results inherited from acquired app discovery company Chomp. The aesthetics are nice; things look a lot better all around, versus the somewhat stale older design, and there are functional advantages like not having to type in your password to install updates. But the search results, which come up one at a time on iPhone and four at a time on iPad, are not a step forward for discovery. I can see the logic: present one good result with ample context as to why it was returned, with the idea being that quality beats volume. But in practice, it makes looking for apps with some, but not an exact idea of what you’re looking for, more difficult.

Overall, iOS 6 is a big step forward, but that’s hardly surprising given Apple’s track record. As always, there will be those who say it doesn’t push the envelope enough, and Maps has already ruffled quite a few feathers. But that Maps has raised such an outcry is perfect example of why Apple’s generally doing things right with iOS updates: it stick out like a sore thumb, and in truth, it’s not a big enough step backward to do anything beyond mildly inconvenience a few folks. Plus, it’s inevitable that Google will offer up its own standalone Maps app to address that single deficiency. So, in other words, what are you waiting for? Go get that update.