Twitter has released numerous “user experience enhancements” this summer — including today’s update. But subtly embedded in each are the building blocks of a better business plan.

Twitter is slowly and incrementally improving advertiser reach on the service, one change at a time. Twitter now shares two different perspectives on new feature announcements with the official blog and the advertising blog — marking a shift towards advertiser opportunities versus user experience.

If user experience is improved, it’s balanced with bonuses for marketers. As said in the advertising blog post title, the profile changes are “a richer way to showcase your brand and engage consumers.” Average users will be able to add a new profile header photo too, but they might not need to brand themselves as clearly as, well, a brand.

Twitter is a very focused company, but as it becomes a later-stage startup potentially eyeing an IPO, it’s been applying that focus to business. 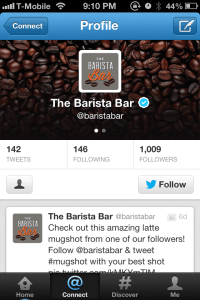 Now when you land on a company profile page, you will see a big brand name with a small @username below, a gigantic header photo, a small logo next to every tweet, photos of new products in the sidebar without having to scroll, a pinned tweet at the top of the timeline for a current promotion, and finally the traditional flow of tweets.

Even the tweets are curated from the @replies to let companies interact with customers without cluttering their feeds, which improves the experience for everyone. Submitting your age is also a necessary step before following a brand with age-restricted products, such as an alcohol company. And you can find these companies more easily thanks to the new search box that improved user search.

There is absolutely no problem with that. Twitter has made a clear choice: It wants to be a $100 billion dollar company, not a billion dollar company. Increasing revenue in the short term is a nice side effect, but the company is probably already making hundeds of millions every year. It is carefully focused on improving its long-term situation, shaping the product now so that it will remain very effective when it scales. As a big consumer company, Twitter has to deal concurrently with advertisers and users — it is no small feat.

Another example is the new iPad app. When it comes to user interface, it is not an improvement. It ported the iPhone app to the iPad format and, at the same time, effectively killed one of the most innovative UIs on the iPad — a UI conceived by Tweetie creator Loren Britcher, who no longer works at Twitter. The emphasis on profiles and Twitter Cards demonstrates that what matters is to deliver advertising content to users.

Changes could be even more important in the future. The Twitter website still doesn’t have a dedicated spot for advertisements while follow recommendations currently lead the user away from an advertiser page. Pinned tweets also are not yet available on mobile.

If users feel like their experience is just an after-thought, they could be left cynical and disloyal. Its priority must remain on offering a service attractive to the end user and letting brands follow them onboard. But if Twitter can concentrate on creating a platform not just for thoughts but for expression by brands and users alike, it will profit long into the future on their peaceful coexistence.