I spoke to Square today about some of its latest moving and shaking in recruiting and learned that the company has nabbed a 5,000 square foot office space in the Atlantic Station section in Atlanta. This was first reported by the Atlanta Business Chronicle earlier this month, but we’ve learned what Square is up to.

It seems like the company is upping its game when it comes to infrastructure, because most of the Atlanta office is full of engineers with that focus. Additionally, Square says that the following skills are currently housed in Atlanta:

Their experience with various developer tools – like Google Web Toolkit, Google App Engine, Collide, and Dart – will be valuable in improving our products, services, and infrastructure as we continue to grow.

Here’s the team based in Atlanta: 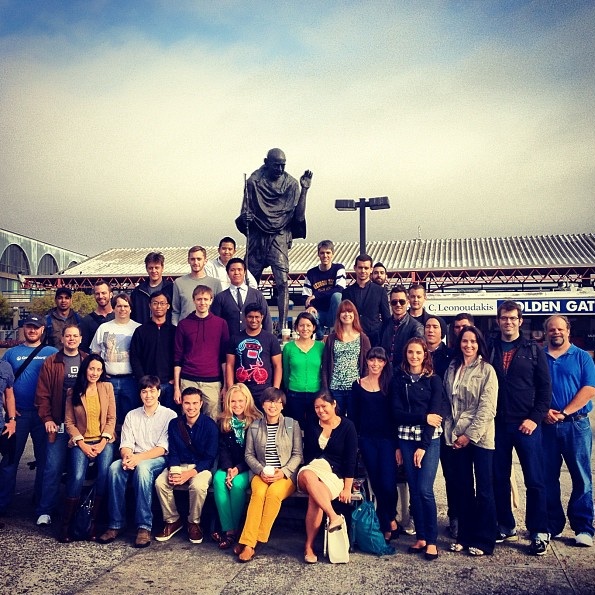 Square will be able to find a wealth of talent in the area, as it is close to Georgia Tech. I’m also told that Android developers are increasingly hard to find, since apps must be made pixel perfect for each major handset and versions of the Android OS. It’s no small task, but Square is preparing itself by opening the office and making a push to hire the best Android developers available, San Francisco-based or otherwise.

By simply visiting Square’s job page, you can find all sorts of available positions for the platform: 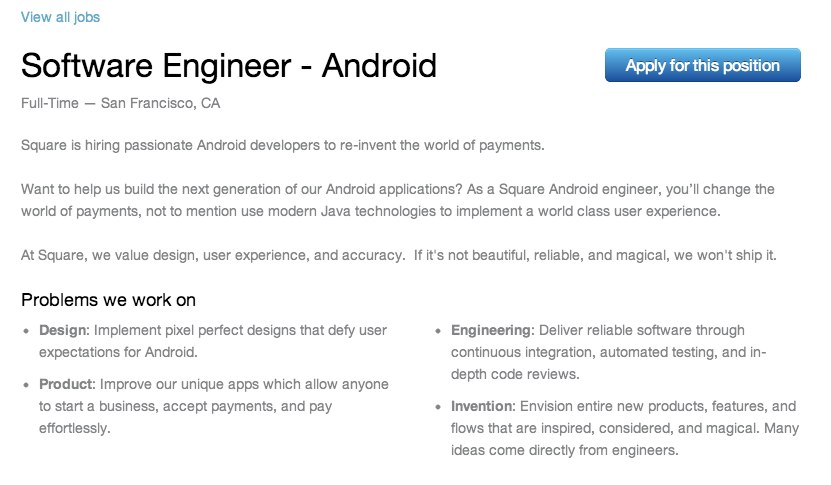 Expanding to Atlanta shows what most of us already thought, which is that Square is a company with a massive footprint. As more offices pop up over time in the both the U.S., and perhaps one day internationally, Founder and CEO Jack Dorsey’s vision will start to spread to all corners of the planet.