CloudMagic, the cross-platform cloud search utility, is one of those little undiscovered gems that has turned into an app that I now launch every day. The service, which started back in 2010 as a browser extension for faster Gmail search, later expanded to iOS and Android, and added support for additional services like Google Docs, Google Contacts, Google Calendar, Microsoft Exchange, and Twitter. Today, CloudMagic is getting a major overhaul with the debut of version 2.0. The update introduces a complete redesign, the launch of its iPad app, and the addition of several more services, including Facebook, Dropbox, Evernote, Box, iCloud, AOL, Mail.com, GMX, and Office 365.

In short, it’s everything Greplin should have been. 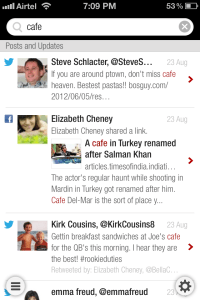 Before its pivot, Greplin was working on an intriguing service that would index all your “social stuff” and make it searchable. But the company seemed to have trouble conveying to users the usefulness of its platform, saying in a company blog post that “even with lightning fast search, it was still becoming impossible to keep up with the daily barrage of emails, contacts, calendars, tweets, posts, files, and more.” And so it refocused to become some sort of digital assistant called “Cue.” But the idea that we need cross-platform solutions for either universal search or interoperability between all the cloud services we now use has not changed. TechCrunch Disrupt SF 2012 finalist Dispatch has been working in this space, for example. And there are others out there with similar ideas, like KiteDesk, Otixo, Primadesk, and more.

But I worry that users still won’t get it. Hell, some of the Disrupt judges didn’t get Dispatch. This stuff is forward-thinking and tends to help power users of cloud services more so than it does the mainstream consumer base.

For what it’s worth, CloudMagic co-founder Rohit Nadhani says that he thinks that what happened with Greplin is that it did a poor job with its execution. “Their search results were slow, previews incomplete – try finding a fully formatted HTML mail,” he says. “They didn’t have browser extensions. No Android app.” 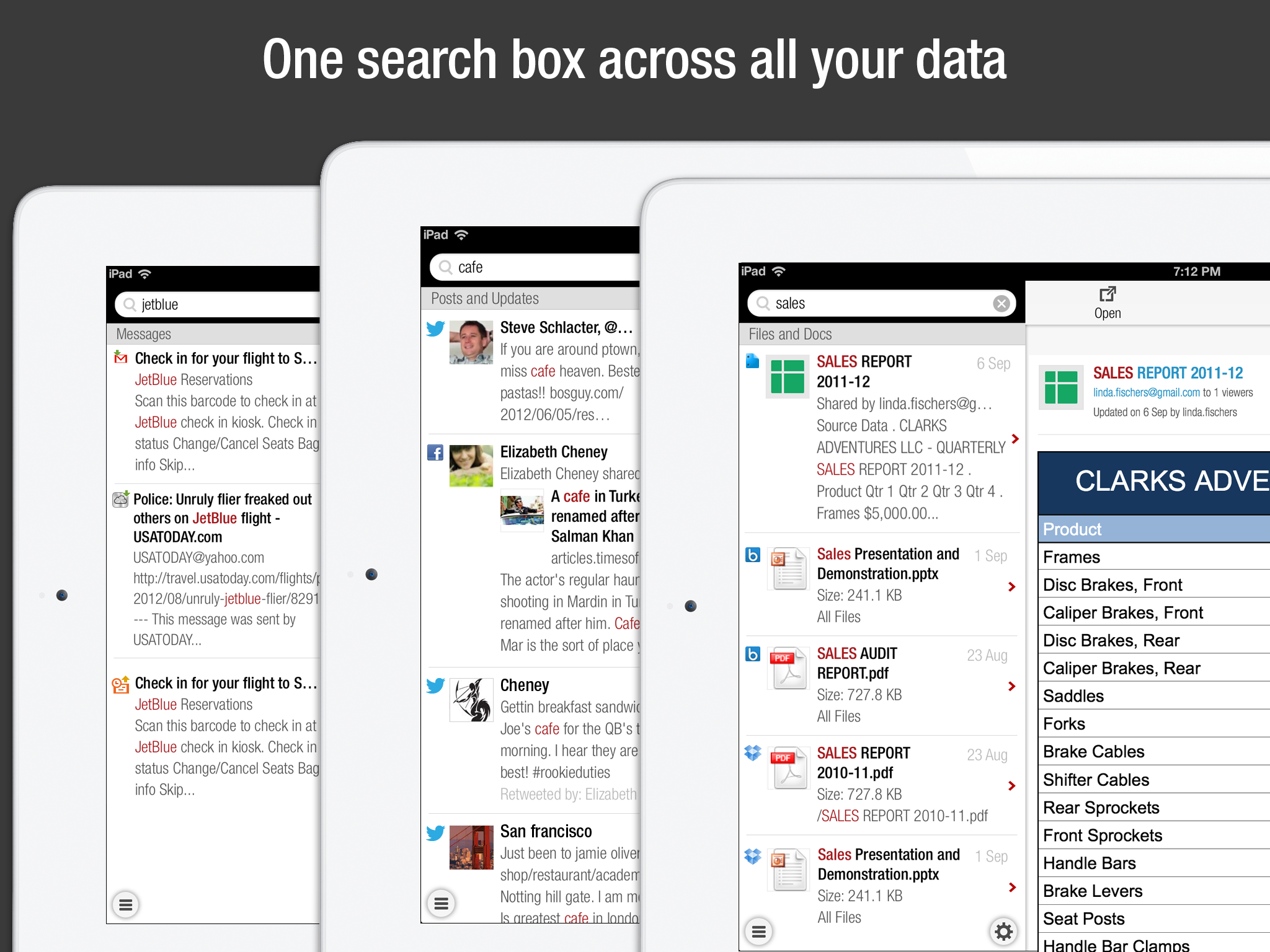 Despite the speed and utility it offers, CloudMagic on mobile has only seen limited adoption — 100,000 mobile downloads since its launch in the beginning of the year. That’s not exactly explosive growth, even though this group of users is highly engaged. But things could look up with the new release. (Or maybe that’s just wishful thinking on my part. I’ll throw things if this app disappears.) With the update, CloudMagic’s search engine results have been revamped to show full tweets, mail previews show more content, duplicate messages have been removed, and email threading support has been added. Plus, you can now download attachments and forward emails as well as reply, essentially making CloudMagic an email client.

With Twitter results, you can reply, retweet, favorite, forward as email, DM, and share on Facebook. Like Greplin-turned-Cue, CloudMagic now shows upcoming events from multiple services in one view, too. And as before, CloudMagic’s search remains crazy fast.

The new app is available for iPhone, Android, Kindle Fire, and now iPad here. The company is now looking into possible monetization strategies, which may include tiered levels of service.