Google officially launched its Google Business Photos (a.k.a. Indoor Streetview) initiative in April 2010, but this indoor imagery was often hard to find and only appeared on Google+ Local and in the Google Search sidebar. On Google Maps, however, it was virtually impossible to find these panoramic indoor images. Starting today, Google will highlight indoor imagery with a yellow circle whenever you drag the orange pegman onto a map. 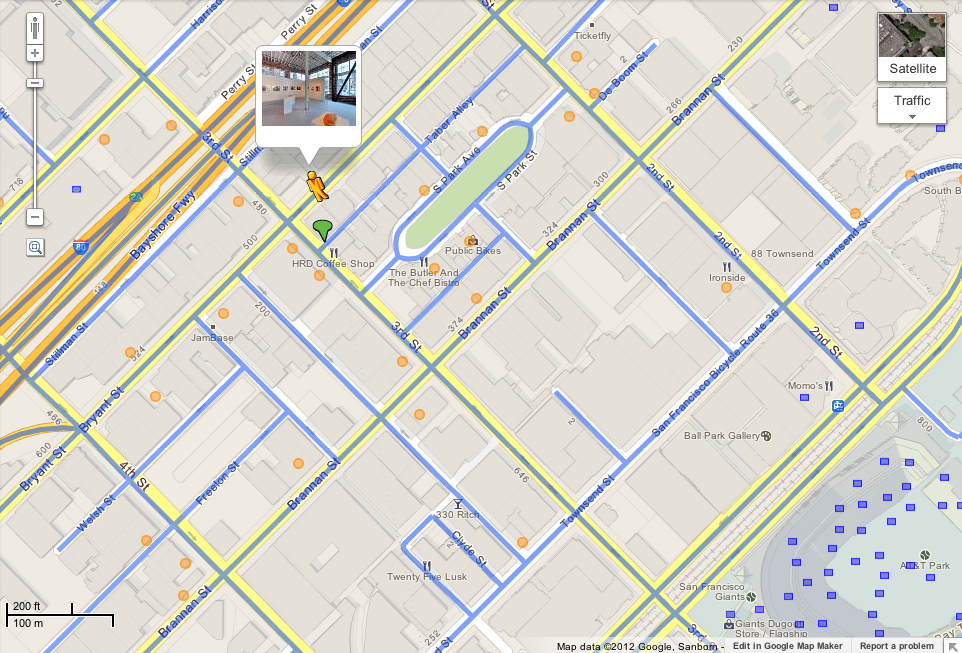 These images, says Google, give you “the feeling of being there, and the comfort of knowing what to expect when you arrive.” One issue with this approach, though, is that it’s often hard to figure out what business you are actually looking at, as the name often doesn’t appear on the map or inside the Street View interface.

When Business Photos launch, Google only focused on a few countries, but it has since expanded the reach of this program. In a number of select cities the U.S., Australia, New Zealand, France, Ireland, Netherlands, Canada and the UK, businesses can now hire Google-approved photographers to take these 360-degree panoramic images for them. In addition, business owners can also upload their own images through Google+ Local.

In May, Google also started highlighting these business photos in Google Maps on Android.