Fitbit just announced two new devices, the $99 One, a replacement for the Ultra pedometer, and the Zip, a $60 entry-level model that adds a bit of mirth to the Fitbit family. The One won’t be available until October but I carried Zip around for a week or so already and found it to be quite fun and capable.

The Zip is a departure from the original “clothespin” style Ultra in that it can be removed from its case to create a sort of pedometer lozenge. It also runs on a single watch battery that lasts for six months, making it far more interesting to folks who don’t want to lug their charger with them.

The Zip is similar to the first Fitbit in that it measures steps taken, calories, and distance. It does not support stairs taken, which could be a dealbreaker for fans of the current model. Most important, it does away with Fitbit’s pretty growing flower iconography – a flower grew when you exercised more – and instead replaces it with a smiling face that beams at you when you’ve gotten off your couch.

Instead of a cradle, Fitbit includes a small dongle for USB devices as well as low power Bluetooth support for syncing with mobile devices.

The other new Fitbit, the One, features everything the Ultra had, including the stair meter, as well as Bluetooth 4.0 support. The One also has a gradual alarm for waking yourself from sleep, something that was missing in the original models.

Why a Fitbit? I’ve found that the Fitbit really helps you understand your activity levels. While it’s not a complete indicator of fitness, it’s nice to know I’ve been sitting down all day long and could probably use a walk. While I wouldn’t say it’s a great weight loss tool, it’s definitely an excellent reminder and prod for adding a bit more physical activity to your day. I’m definitely more interested in the One, shown below, when it becomes available because of the gradual alarm and stair feature. 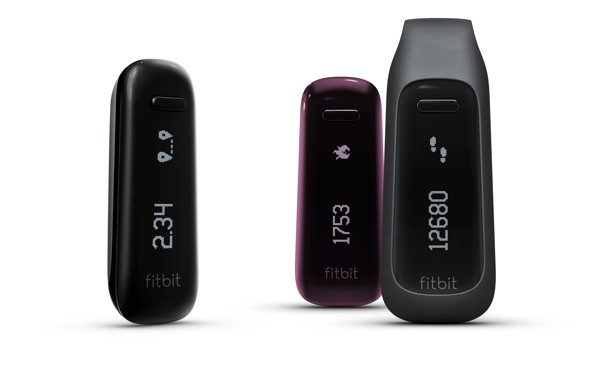