Chances are you have a few iPhone or iPod chargers and cables in your house right now and maybe even a speaker dock or alarm clock that lets you plug in your iPhone. In one fell swoop, Apple made these obsolete when it launched its new Lightning connector on Wednesday. In typical Apple fashion, the company didn’t just replace its old proprietary connector it introduced in 2003 with a standards-compliant one. Instead, it went with its own design. The Lightning connector is significantly smaller than the old 30-pin connector, but the one feature that Apple really seemed to feel the need to stress is that it’s “reversible” (because plugging in the old connector was always so hard).

If you made any investment in iPod/iOS hardware ecosystem in the last 10 years, chances are you will need to buy a few of Apple’s overpriced $29 adapters (or $39 with a cable) so you can keep using your devices. 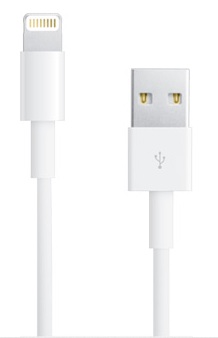 With millions of devices ranging from simple speaker docks to clock radios and all the way up to cars featuring 30-pin dock connectors, most people probably would have preferred for Apple to keep the old connector anyway. But time obviously moves on and Apple had good reasons to switch to a new and smaller plug. But going with yet another proprietary connector is a step backwards, and the $29 price feels like a slap in the face to the company’s long-time supporters.

Apple wouldn’t be Apple if it just sold the adapter for a more reasonable $9, but its users (and all those hotels, car manufacturers and others that only recently started investing in accessories with 30-pin connectors) would surely appreciate it.

In Europe, where Micro USB is now the standard for all phones, Apple offers a Lightning to Micro USB adapter and currently bundles a Micro USB adapter for its old dock connector with all of its phones there to comply with this standard. As far as I can see, neither the old nor the new adapters are available in the U.S. store.

The fact that converting Lightening to USB is apparently no problem for Apple makes it even more annoying that Apple didn’t just go with a standard USB plug to begin with. A regular Lightning to USB cable is “just” $19, which is a bit easier to stomach, but just to put that into perspective, a 6-foot USB to Micro USB cable costs just under $1.50 on Monoprice.com.

The USB adapter apparently doesn’t even support all of the Lightning and 30-pin connectors’ features, but most Android OEMs seem to make do with them just fine and Apple could surely make Micro USB work for its purposes, too.

All of this obviously didn’t stop iPhone 5 pre-orders from breaking records, though most mainstream users probably aren’t even aware of this new adapter yet. I have to say that it did put a damper on my enthusiasm for the new iPhone, though, given that I will likely have to shell out a good $100 extra just to keep using my old accessories.