Treehouse launched last November with an admirable (or terrifying) goal: To teach the world how to design and develop for the Web, iOS, and now Android. Essentially the lovechild of Lynda.com and Codecademy, Treehouse is building an educational platform that employs video, quizzes, and a little gamification to help aspiring programmers and app developers learn the trade — whether or not they have any prior experience.

More than 12,000 people (between the ages of 7 to 50) are paying for access to the startup’s platform, and Treehouse has been quick to generate revenue as a result. So now the Portland-based company is looking to give back to its community of learners — and help inspire the next generation of web and mobile developers — announcing today that it’s giving $3 million worth of free tech education to 2,500 college students.

What does that mean? Treehouse wants to be an affordable destination to learn how to build websites and mobile apps — from the very noobiest of noobs to veterans looking to brush up. Like Lynda.com, it offers expert-created-and-curated videos and content on a variety of topics, like HTML, CSS Foundations, and Introduction to Programming, to name a few. Yet, unlike Lynda, Treehouse is project-based. Users learn to code by building a simplified version of Facebook, for example, and by practicing what they learn in realtime in their browsers.

To access these tools, users pay a monthly subscription for one of two plans: $24 for Silver, which gives them access to Treehouse’s 550+ videos and the real-time practice engine, or $49 for Gold, which is Silver plus feedback on your projects, as well as in-depth interviews with experts, workshops, etc.

The “scholarship program” Treehouse announced today offers 2,500 free “Gold” accounts to college students in the U.S. — for a full two years. (You have to be able to prove you’re a college student and have a valid “.edu” email address to take advantage.) At $50/month, this means $3 million worth of free Treehouse for 2,500 aspiring collegiate coders — the equivalent of what they’d have to pay out of pocket.

Why is Treehouse doing this? After all, promotional benefits aside, this is a lot of money for a young company to eat. Most students (even the most non-technical) can progress through Treehouse’s Beginner and Intermediate lessons comfortably in less than a year — even if they’re only working for 30 minutes/day. So, in that sense, offering two years of their premium plan doesn’t really qualify as a veiled freemium up-sell technique. 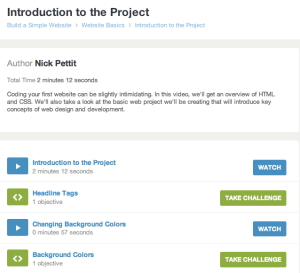 Instead, Treehouse Founder and CEO Ryan Carson said that the team understands that the cost of higher education is absurdly high and only continues to rise, so he wants to offer students a comparable quality of education that doesn’t involve student loans. (If this sounds crazy, you might want to check out Minerva.)

Channeling Peter Thiel, Carson said that he believes education — and specifically the way institutions teach programming — is broken. Many coders learn applicable skills and techniques without going through a degree program. So, even though the establishment might lead you to believe that a university degree is required for success in the job market, the founder thinks that smart, interactive education online can be just as effective — if not more so.

Obviously, the startup has a lot left to prove, as it has to be able to demonstrate that it can teach the totally non-technical not just to program but to program at a level of proficiency that will actually get them hired. Carson says by way of example that one of Treehouse’s subscribers completed his education in less than a year and is now making $4,000+ per month developing iPhone apps.

That’s just one example, but to really be “disruptive” (I know, I know), the platform has to be able to do this at scale and place those students looking for work in paying jobs. To do this, Treehouse has hired an Employment Team of teachers and experts, which focuses solely on placement. As of now, Treehouse relies on an assessment/reward system, which has students complete various projects — which become more and more difficult as they learn — unlocking badges as they go.

The team works with students (who request placement assistance) to find the best match among employers, evaluating the candidates (and match) based on the badges they earned, feedback from experts, how they did on quizzes, etc. The process is totally manual at this point and, naturally, employers can be a bit skeptical when it comes to these non-traditional methods of assessment, so Treehouse is building an algorithm-based employment matching system to help its Jobs Team find better matches more easily.

Meanwhile, Carson also says they’re considering implementing some kind of student certificate program to standardize evaluation for prospective employers — something they may also use for teachers. Another feature being considered is a Q&A tool, which would basically let students ask questions, to which experts and others in the community could respond. 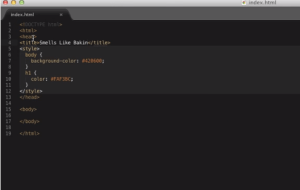 Users could up-vote the best answers, which would mean points for responders and would privilege the most helpful content — a la Quora or the education-focused mobile Q&A service, Answer Underground. This could obviously be good both as a resource for trustworthy, topic-based information (and incentive for community involvement), as well as a helpful reputation/assessment system for recruiters.

While there’s a lot more work to be done in this area, the team has already created a workable recruitment process and one that, for students and employers, has the benefit (and appeal) of being free. Long-term, Treehouse may begin to charge companies if they hire students, but Carson says he’s still not sure if that’s a precedent they want to set or not.

The other factor that will determine whether or not Treehouse hits the mainstream is breadth of content. So far, the platform has just offered topics and education based on the web and iOS, but today, the platform added its first Android course — an area they’re obviously looking to beef up significantly going forward.

Carson also said that the team is looking to popular, video-based education startups like Khan Academy for inspiration as it builds out its platform. For example, the team is set to release a Khan-esque feature that presents its curriculum in map-form, allowing users to conquer territories as they progress — game-style.

Of course, a big complaint among educators is that platforms like Treehouse (or Udacity, Khan, Coursera, etc.) is that in some way they intend to (or result) replace teachers with technology and part-time “experts” without real pedagogical training. It’s an accusation commonly hurled at Sal Khan. But the Treehouse founder says that they actually want to empower teachers — and that they’re already seeing teachers subscribe to Treehouse to use it for homework assignments.

“Eventually, we plan to go out to schools and teachers more officially and systematically, asking them how we can help them teach programming and engineering more effectively,” Carson says. It may be awhile before the startup can do this at scale, but it could have some serious appeal to teachers and companies — and make money — when it does. After all, it’s part of the same formula that allowed Lynda.com to hit $70 million in revenue this year without a penny from outside investors.