Open Garden, a Disrupt New York 2012 Battlefield finalist, just announced that it has raised a $2 million seed round from a group of leading technology industry angel investors. The service, which allows Android, PC and Mac users to securely and seamlessly connect their phones, tablets, and computers in order to share their wireless data connections with others, has been downloaded more than 250,000 times.

CEO and co-founder Micha Benoliel told me earlier this week that the company plans to use this money to hire additional engineers and focus on product development. Specifically, Open Garden plans to roll out multi-hop connectivity and channel bonding soon. Both of these features have been on the company’s roadmap since it launched, but this additional funding round will allow the company to speed up its plans. One of the most exciting use cases of the channel-bonding technology will allow users to use both a WiFi and 3G or 4G connection at the same time to increase their bandwidth. 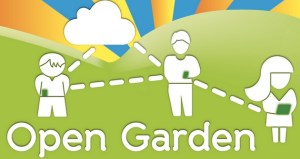 “Social Wireless Sharing could be the next big thing for Social Network Service users. Open Garden opened the door first, so we backed them,” said Kazuya Minami, an investor with the Japanese firm DigitalGarage in a canned statement today.

As Benoliel told me, the company is also talking to carriers and hardware manufacturers to get the app pre-installed on their devices. Open Garden argues that its system can help carriers “deliver better data coverage, relieve congestion on their networks by offloading 3G and 4G Android phone traffic to WiFi, and maximize speed through operators’ multi-data network utilization.”