The iPad is a great canvas for beautiful apps, but unless you are a pretty competent developer or designer, getting your own content onto the iPad isn’t exactly easy. Tactilize wants to make it significantly easier for writers, photographers, videographers and anybody else who produces interesting content to feature – and monetize – their works on the iPad. To do so, the company has developed an easy to use web interface for designing the layout around the content, and an iPad app for displaying it. The service, which describes itself as an “iPad content network,” is currently in private beta, but we got a chance to take it for a spin last week. Tactilize will also demo its service in Startup Alley during TechCrunch Disrupt in San Francisco next week.

The iPad app should find its way into the App Store within the next two weeks and users can already reserve their usernames on the service here.

Tactilize’s web interface lets you design your layout from scratch, but the tool also offers templates for blog posts and longer articles, as well as for photo and video galleries. Getting content into the app is pretty straightforward, especially because you can easily upload data from virtually every major cloud storage and photo service, including Dropbox, Google Drive, Evernote, Facebook and Flickr. Besides these standard media formats, the app also allows you to add text pop-ups and links to websites to your cards.

While Tactilize’s interactive features are only available in the app, users can share previews of their content on the web.

With the right design, the Tactilize cards you create in the web editor generally look better than most iPad magazines. The experience in the app is also more fluid and intuitive than in similar iPad content apps. The service will feature some of the best cards on the app’s homepage, but content will also be searchable from the app.

For the time being, users are restricted to building their content one card at a time. Later this year, however, Tactilize will also introduce the ability to curate their cards (and those from other users) into larger collections. 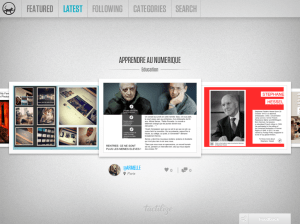 The Tactilize team has a strong background in publishing and data journalism on the web, but as the company’s co-founder Valentin Squirelo told me last week, the team believes that the future of publishing is on the tablet. Before selling of their media venture in France a few months ago, the Tactilize team also worked with Wikileaks to develop web apps based on their data. The original idea of Tactilize was to allow larger organizations to build stand-alone iPad apps, but the company has since pivoted to today’s model, which focuses on individuals and smaller publishers.

While the app is beautiful and designing the layouts is easy, though, Tactilize’s challenge will be to find enough people who want bring their content into the app. Unless the service gets a lot of users, people may not be willing to put in the effort to add their content to a walled garden like Tactlize. Yet, without compelling content, the company won’t be able to quickly grow its userbase to the point where content producers feel compelled to use it. 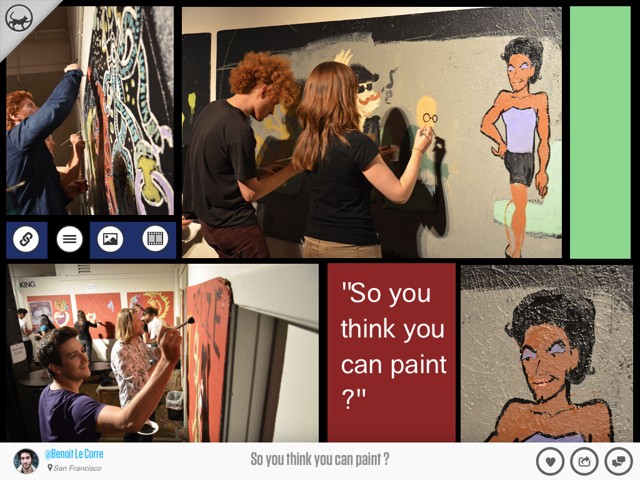