As mobile invades the enterprise, companies and IT admins need comprehensive security offerings that offer protection for iOS and Android. Enter Clutch Mobile, a recently launched startup which gives companies three layers of protection around the device, apps, and network to protect critical data. The company is also announcing an undisclosed round of funding from Sequoia Capital.

The software basically gives IT admins tools to prevent and mitigate data breaches, ensure compliance, and expand threat visibility on employee mobile phones. On the app layer, Clutch Mobile allows organizations to lock down and enforce precise usage policies on specific applications with App Protector, while all other apps are monitored by Clutch Mobile’s proprietary app intelligence technology. Admins can also enforce policies and monitor for compromises.

At the device layer, systems administrators can enforce device policies and monitor handset level compromises through Clutch Mobile’s cloud-based device management console. At the network layer, the startup monitors for a secure wireless connection on phones and offers the ability to do content filtering and black-listing. This feature provides a secure internet connection whether a user is connected to a 3G network or a public hotspot. A business that has stricter network policies can even filter websites by category or blacklist them, providing a cloud-based firewall.

And because Clutch Mobile’s offering is based in the cloud, an organization can be up and running in 10 minutes. For now, Clutch Mobile only works with iOS and Android.

Co-founder Garrett Larsson tells us that Clutch Mobile was born out of the observation that security for mobile is fundamentally different from security for PCs. He explains that mobile devices are often personal, resource constrained, and network independent, which makes this a perfect storm for possible security issues for businesses. The founding team comes from a number of mobile and security focused companies including Lumitrend (acquired by Asurion), McAfee, Verisign and Cenzic.

While there are a number of startups and companies who are looking to secure mobile devices for companies, Larsson says that Clutch Mobile is one of the few that offers the three layers of protection around the device, apps, and network. He adds that the risk of data loss is minimized by protecting against physical device compromise, malicious or data leaking apps, and insecure networks. 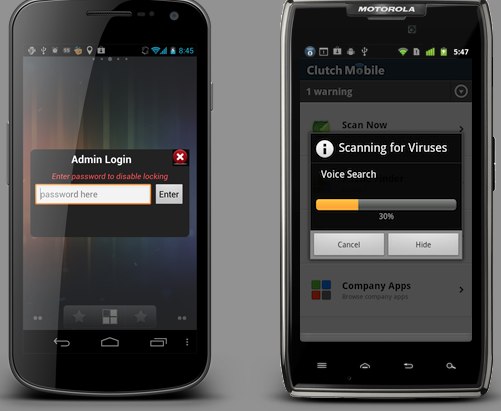 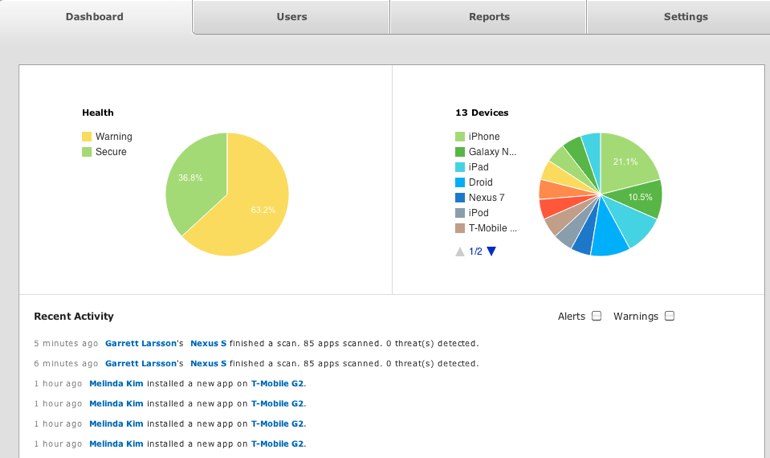