The secondhand clothing space is heating up: Between Poshmark, 99Dresses and Threadflip, we’ve covered more than a handful of startups that want to hook users up with clothing that other people no longer want to keep. The “one man’s trash is another man’s treasure” principle is currently being applied fervently in online women’s fashion.

The company differentiates itself from closest competitor Threadflip by being 100% focused on its concierge-style market place. On Threadflip, concierge-style shopping is sort of an afterthought to its main peer to peer business, whereas it’s the whole deal with Twice.

Twice sellers can send in their clothing to the startup (which pays for shipping) and get a check a week later. The items are evaluated by professional buyer, professionally photographed and then unleashed onto the Twice marketplace, which currently has an inventory of 8500 items versus Threadflip’s 200-300 “White Glove” items

Buyers can browse the marketplace by item category, and Twice lets them order with free same day shipping for anything over $49 (shipping is five dollars otherwise). Returns within 30 days are free, which is a pretty crucial feature for eCommerce companies wanting to compete with offline retail, and was pretty much the game changer as far as Zappos was concerned. 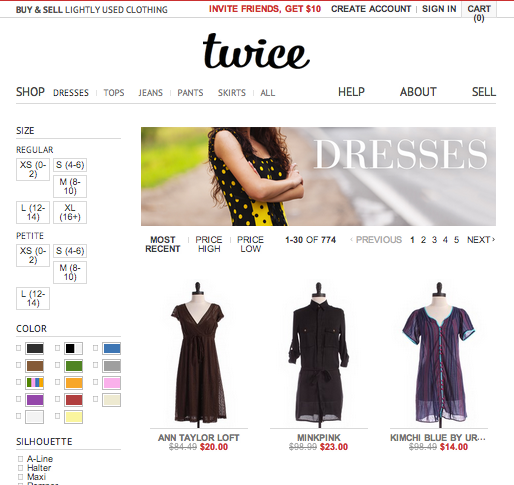 Ex-Googlers Noah Ready-Campbell and Calvin Young decided to disrupt the secondhand clothing market after having childhood experiences where new clothes were too expensive for their families to buy. They hired a Director of Buying from brick and mortar secondhand clothing store Crossroads to round out their engineering backgrounds.

“The average family throws away over 175 pounds of clothing every year — for many people, there’s simply no convenient alternative,” Ready-Campbell tells me, “Some people turn to eBay, but it takes 20-30 minutes to list a single garment — in addition to the time spent fielding questions and shipping items out. Most people don’t have the kind of time needed to sell efficiently on a peer-to-peer marketplace. Just like how Airbnb and Getaround have zeroed in on small pieces of Craigslist, our goal is to take a small piece of what eBay does, and do it much, much better.”

The company monetizes by buying clothing at 1/3 of its anticipated selling price, and taking a cut of that margin after all ancillary costs like shipping are paid off. This model has resulted in a $1 million in revenue run-rate and much investor demand for this round, we’re hearing.

The company plans on using the new financing to bulk up on hiring and to expand its product to handbags, shoes, children’s and men’s apparel eventually. “[But] we have our hands pretty full with women’s for now,” Ready-Campbell admits.

*Disclosure: CrunchFund was started by TechCrunch founder Michael Arrington, who sometimes works out of the TC office in SF and is generally pretty chill. 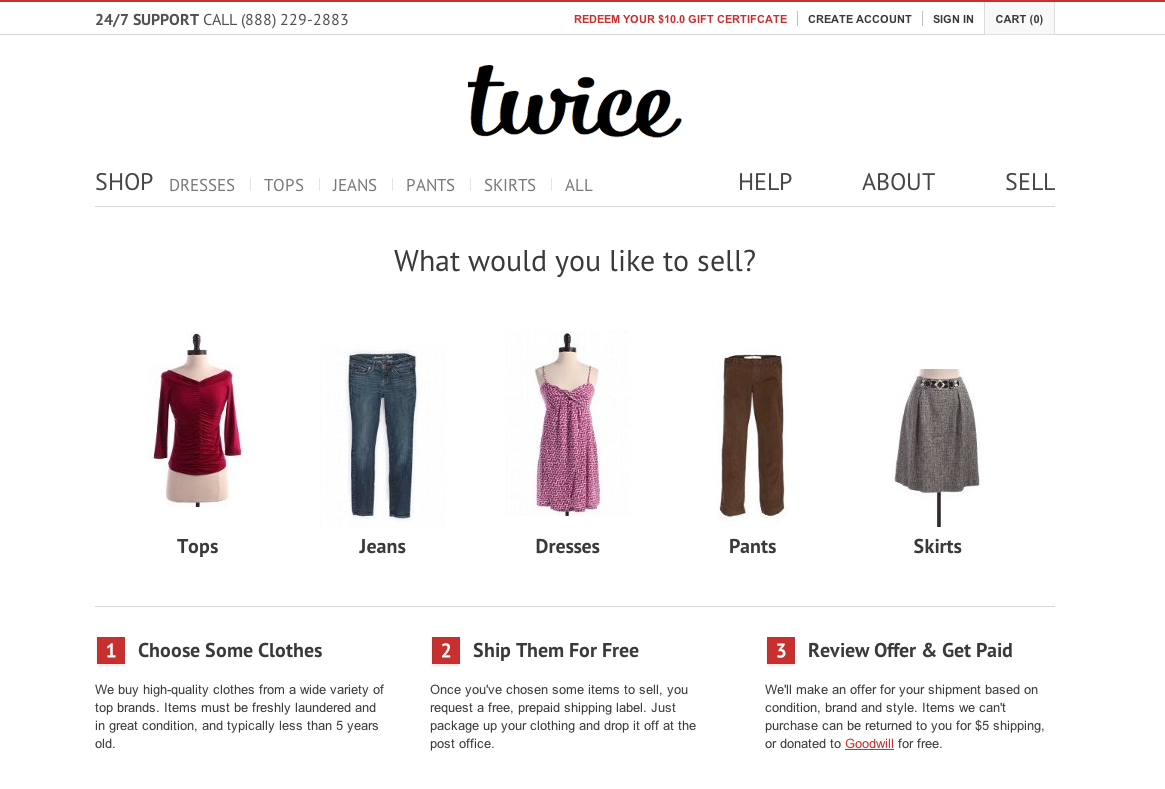