The Droid Razr HD has been making its way around the rumor mill for quite some time. Back in April, we noticed that EXIF data from a Picasa picture indicating that the long-rumored handset was in pre-production, and leaked images in June confirmed it.

But today a few tutorial videos were leaked onto the web (which have since been removed). Luckily, however, we have a few screen grabs that show us the clearest picture to date of the forthcoming battery-packed Razr HD.

We’ve received an invitation to a Motorola and Verizon event on September 5, and that’s most likely when we’ll see this bad boy up close and personal for the first time.

We haven’t yet confirmed what type of battery the Razr HD has, though we’re all hoping for that 3300mAh battery found in the Razr Maxx. Other than that, leaked images have confirmed a dual-core 1.5GHz Snapdragon processor, microHDMI ports, the same Kevlar fiber casing that’s on the Razr Maxx, and the same display resolution we’re seeing on the Galaxy S III: 1196×720.

Pricing and availability are as yet unknown, but we should have those for you come September 5. 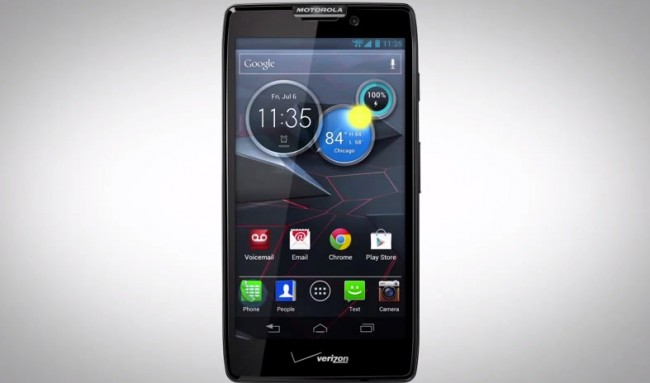