Before Sam Chaudhary and Liam Don began building what would eventually become ClassDojo, they set out to identify the biggest problems teachers face in the classroom every day. After interviewing several hundred educators, a pattern quickly emerged: Managing student behavior. Teachers almost unilaterally agreed that they tend to spend more time playing cop and disciplining students than they do teaching. Yikes.

So, Chaudhary and Don launched ClassDojo in August 2011 to help teachers win back control of crazy classrooms. The free service allowed teachers to leverage their mobile or desktop technology of choice to track and influence student behavior. In fact, using ClassDojo is pretty straightforward: Teachers assign students an avatar and, based on their behavior throughout the day, dole out rewards or consequences (+1 for smiling, -1 for punching) from their laptop, tablet or smartphone. ClassDojo tracks behavioral data over the course of days (and semesters), allowing teachers to share results with parents.

With teachers eager to take advantage of any tool that helps them reduce the amount of crowd control they do on a daily basis, it’s not surprising that ClassDojo has found an eager audience among K-12 educators. Since launching just under a year ago, the startup has attracted over 3.5 million teachers and students (in more than 30 countries) to its platform, who have collectively produced over 50 million feedback points.

Based on this encouraging early traction, the startup is today officially emerging from beta and announcing that it has raised $1.6 million in seed funding from a number of familiar names. Investors in ClassDojo’s seed round include Y Combinator co-founder Paul Graham (who invested personally, not through YC), Ron Conway, Jeff Clavier, Kapor Capital, Start Fund, General Catalyst, Morado Ventures, Lerer Ventures, NewSchools Ventures, Learn Capital, along quite a few angel investors (including Flixter CEO Joe Greenstein and OpenFeint Founder Jason Citron). 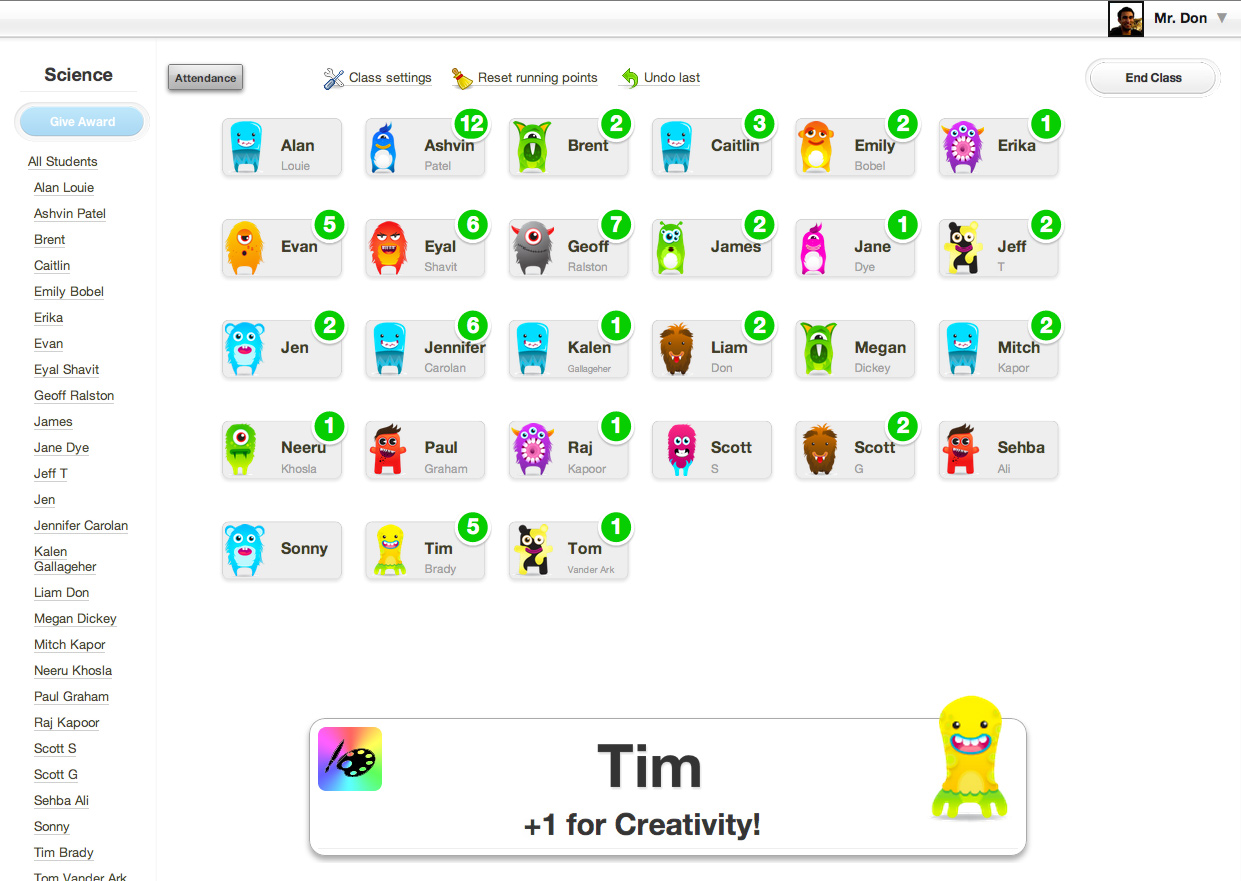 While one might find a roster of names like this next to a consumer (or B2B2C biz), it’s unusual for an edtech startup. A large part of the attraction: Its viral adoption. (Relatively speaking, this is the K-12 education system we’re talking about here, after all.)

At the end of its first year, ClassDojo was seeing 10 percent week-over-week growth. With just eight employees, the founders attributed the growth to teachers, who helped increase the product’s footprint by word of mouth.

While teachers aren’t always the most tech literate group, they’ve flocked to and become extremely active on social media over the last five years — particularly Pinterest. Many are avid sharers, and they can become powerful evangelists, allowing a young startup like ClassDojo to avoid sinking capital into marketing.

Of course, while getting the eyeballs of an educator isn’t as difficult as one might imagine, retaining that attention is another thing altogether. For now, ClassDojo seems to have convinced teachers to hang around. Why? One potential reason is the fact that ClassDojo funnels behavioral data into a public leaderboard, enabling students to monitor their status throughout the course of the day. The idea being that the presence of this public, omnipresent cue can give them a reason to check their behavior, especially when they see that punching Jimmy in the arm leads to a big, red “-1” next to their name.

As scores accumulate over the day or the week, students intrinsically find themselves being pushed along because no one wants to be at the bottom of the leaderboard or have a crappy review next to that of their friends. The ClassDojo founders will tell you, to this point, that current research suggests that the more one reduces the duration between a child’s action (negative or positive) and the response to that action, the more lasting the reinforcement becomes.

But this is just what I find so fascinating about ClassDojo. Its early growth is impressive, and from perusing through blogs and candid teacher reviews, there’s no doubt that the teachers are genuinely excited about ClassDojo. However, the startup’s model is actually more controversial among educators than one might expect.

Boiled down from the devil’s advocate perspective, ClassDojo is basically a gold star system, a shiny class list up on the big projector with some cute sound effects and some basic tracking and packaging. To this point, the prevailing criticism of ClassDojo is not the interface or the avatars, it’s the reward system itself. In fact, pysch research shows that external rewards tend to be counterproductive to intrinsic motivation — and that extrinsic reward systems can actually have a negative influence on creativity.

Awarding points for being an obedient student might be seen as a cheap way of manipulating behavior. Instead, the critics would say, young people have to learn to develop intrinsic motivation themselves rather than have badges or gold stars or points influence and determine their behavior. Of course, it gets complicated pretty quickly. Teachers themselves are the purveyors of grades and assessments — a reward system we spend a good chunk of our lives around. 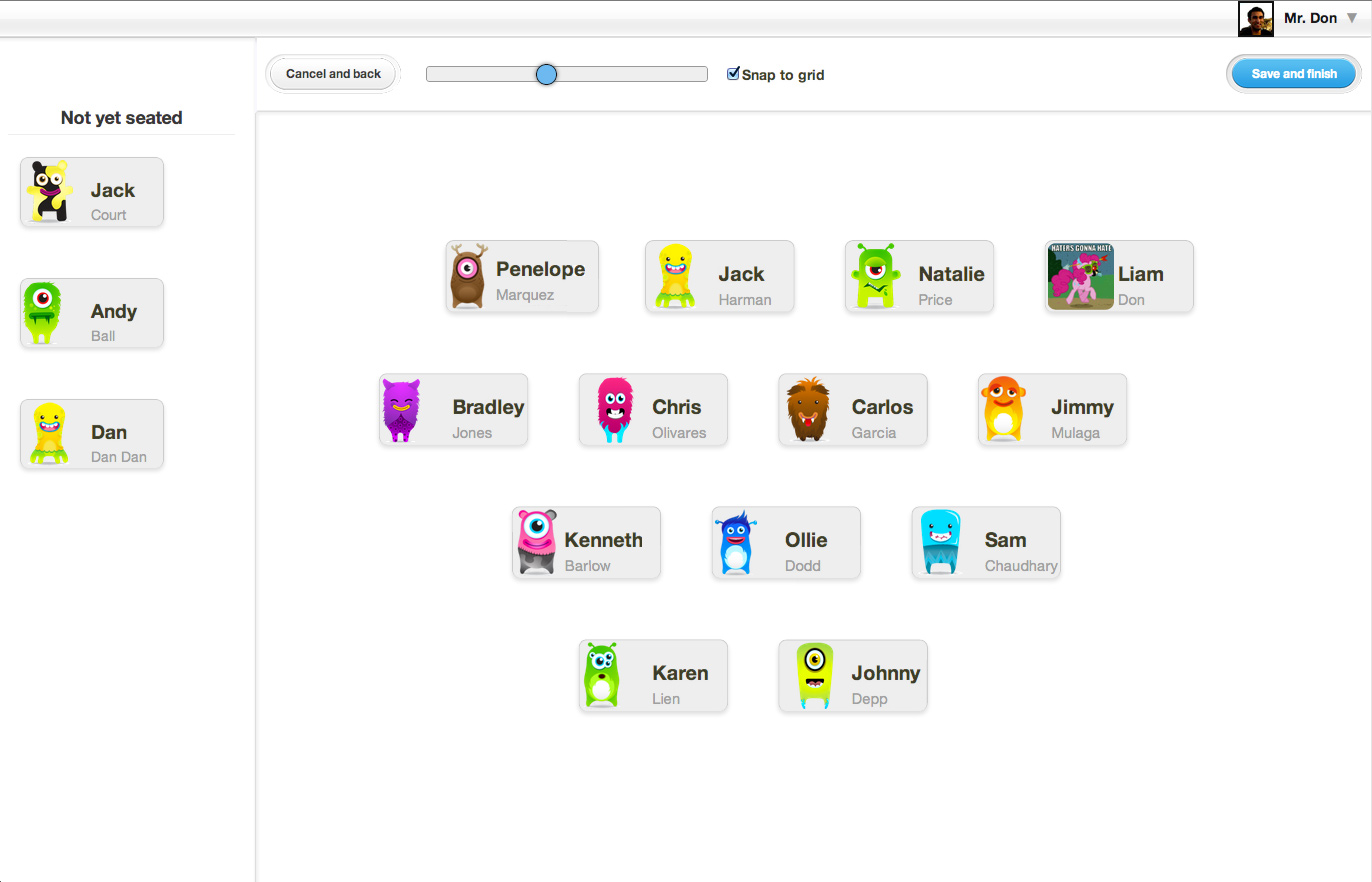 And it’s easy for teachers to fall back on grades and rewards rather than provide more nuanced feedback, which, in the long run, can be far more productive. It almost seems that if behavior is such a pervasive problem in classrooms, maybe we should be examining curricula, content, and the way we’re teaching in service of making learning more engaging.

The flip side to this argument is, of course, that students today are no strangers to game dynamics. From a young age, they’re being bombarded with confounding extrinsic reward systems in dozens of online formats, in games, etc., with clever developers trying to squeeze out another in-app purchase from their users. So, in the big picture, it may actually make sense (developmentally and socially) for students to familiarize themselves with this kind of gamification in the classroom — from an early age. One wouldn’t be going out on a limb to surmise that it’s not going away any time soon.

The rantings of a cynical blogger aside, whether or not you see ClassDojo as a tech version of “names on the board” or the gold star system, ClassDojo is an important experiment for education. Teachers are already riffing on the startup’s reward structure, using it to create their own behavior management systems, some of which could prove effective and maybe even find their way into ClassDojo code.

In the end, the startup will be judged on — at least by teachers and parents — the degree to which it actually influences behavior. It’s always good to take surveys like this with a grain of salt, but ClassDojo claims that a nationwide poll of its users showed a 45 to 90 percent increase in positive behavior and a 50 to 85 percent decrease in tomfoolery and shenanigans.

On the surface, that seems pretty eye opening, though its hard to disassociate those results from the inherent conflict of interest. 95 to 100 percent of TechCrunch readers polled said that my posts on TechCrunch are extremely enlightening, for example.

Behavior is a deep problem, but ClassDojo has a lot of things working in its favor: It’s free for teachers to use, has a relatively low barrier to entry (all a classroom needs to get on board use is an internet connection and one computer/tablet, etc.) and it’s customizable. The startup is collecting a lot of behavioral data, which, when it starts to focus more on monetization, will be a valuable commodity.

There are a lot of complexities to the value proposition of ClassDojo’s model, but it’s already proving to be a great catalyst for a dialogue on the best ways to implement game mechanics, mobile devices and technology into the learning process. It’s an important conversation to have, and the earlier, the better — especially as it addresses what Chaudhary calls “the other 50 percent of education” — the half that is underserved by educational technology yet goes “beyond just building good test scores to actually building character strengths.” 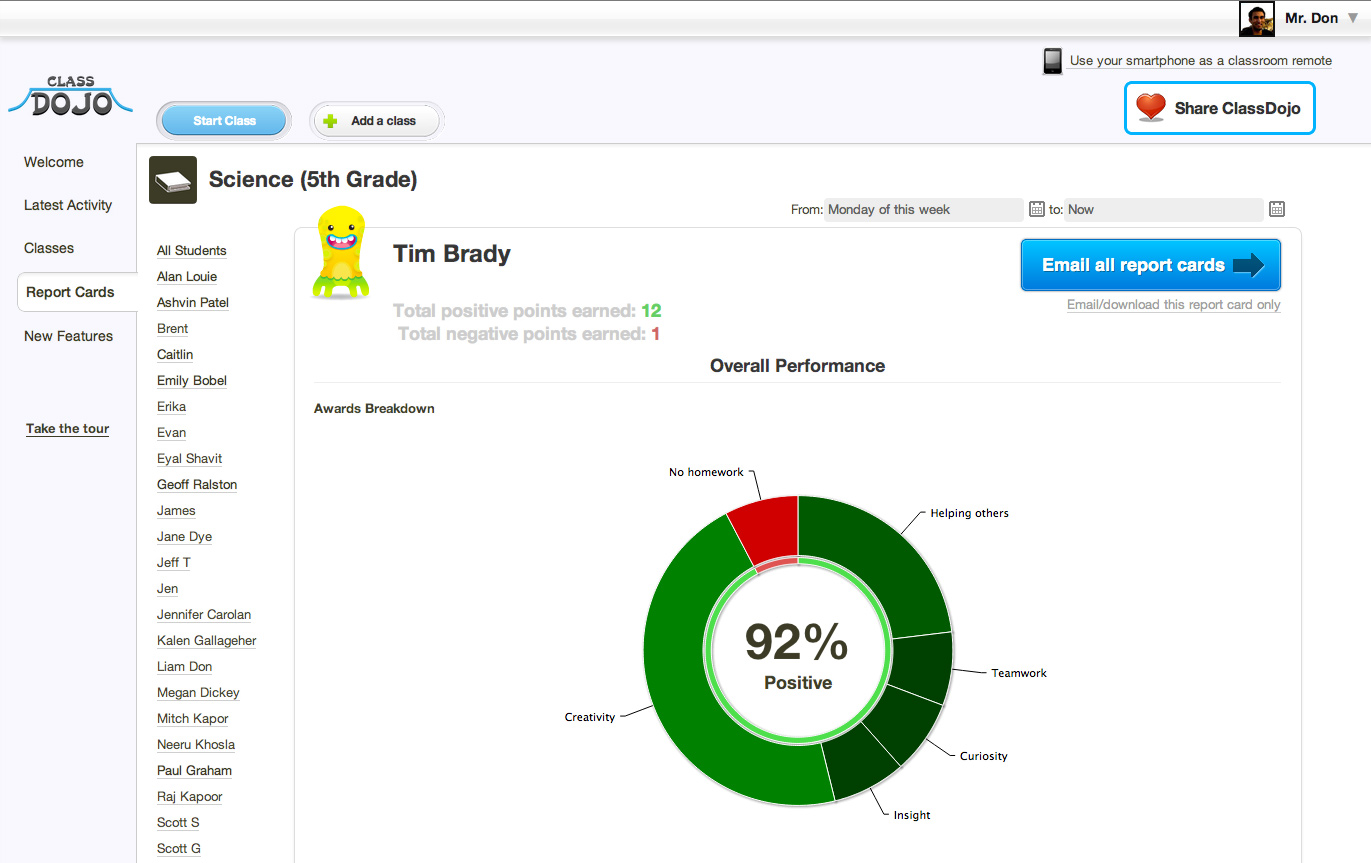