Social media sites like Facebook have become a central part of the lives of many families, letting them keep tabs on each other’s lives through pictures. But they’re not for everyone. My mom and dad, who live in the U.S., have no interest in joining Facebook. They are okay with email, and my dad will even video Skype if his wife, my stepmom (a computer scientist, as it happens), sorts it out for him. But you know what? They still really love it most of all when I send them a real letter with photos of me, my husband and our two kids. And you know what else? I’ve really fallen off the wagon where letters are concerned. I’m terrible at finding time to sit down and write them, and then getting around to sending them.

So I was especially excited to hear about HiMom, a YC-backed mobile app, part of the current class, that lets you create postcards from pictures you’ve taken on your phone, and then send them to your parents — or anyone else you’d like to keep in touch with on a regular basis. To me, it seemed like the perfect union: it takes something I am already doing to record and create things (using my phone) and matches it up with how my parents like to get their content (in a physical form).

“HiMom is about improving engagement between the young social networking generation and those who are not connected there,” co-founder Martin Poschenrieder says. As with a lot of YC products, the founders have been using their YC classmates and past work contacts as guinea pigs, and the service, they’ve found, is being used just as much by those living near to their families as it is by those who are many miles apart — the latter use case coming out of the founders’ own backgrounds, two Germans in Silicon Valley whose families are still back in their home country.

The app works simply enough: with the iPhone app, you can use any picture you have taken on your phone, or from your iPhone library via iCloud, and turn it into a postcard. You have some options for borders and filters on a full-sized postcard picture; and you can type a message. And in a nice touch, you can also “sign” the card either with a scribble of your name or another doodle. You can then send it as a postcard for $1.99 or as a free email.

Before I go any further with this, I’ll say yes, I know there are already a bunch of photo sharing apps, and even hundreds of postcard apps, out there already.

Touchnote says it has 2 million monthly active users on Android, and a further 50,000 active monthly users on Facebook. Postagram is another popular postcard-making app, and its developers Sincerely are now working with Facebook on a postcard service to create images out of Facebook photos specifically. And with so many more, is there really room for another?

I think yes, particularly if HiMom follows through on the trajectory its founders have started. HiMom does what its name says: it is about creating and sending postcards, and building up a relationship specifically around one or two particular people — in this case between you and your parents, grandparents or others who are not necessarily connecting with you in your busy life.

HiMom has some automation built into it as well: an upcoming update will offer a weekly alert at 11am, and future versions of the app, Poschenrieder says, will let users change how often and when this alert comes, to remind you to send over a card your contacts. Other features to come will include a read receipt, “so that you see when your mom opened the notification email,” Poschenrieder says, as well as a “thank-you” button for your recipient to reply automatically, as well as address book integration: right now you have to enter recipients’ addresses manually. Integrating the address book might widen the number of people you would use HiMom for as well.

What’s potentially even more interesting is how the HiMom framework could be developed for more than just postcards: think of how, say during a birthday or special occasion, you can add a bouquet of flowers or chocolate (or other gift) delivery, in addition to the postcard.

And that could loop in with some of the e-commerce knowledge of Poschenrieder and his co-founder Markus Jura.

The pair are both German and met while working for Accenture in Europe. When they were in London applying for Y Combinator, they actually pitched a completely different idea, around product sharing between people. (That idea was parked when they realised that “acceptance from local merchants in the U.S. was different than in the UK,” Martin told me.) It’s not too surprising to see YC startups changing this way; after all, the incubator has an ethos of backing talent, not specific ideas.

Things like physical gifts could be something to explore further down the line. For now, it’s about sending a beautiful postcard in place of what was there before… which, for many busy professionals, may well have been nothing. 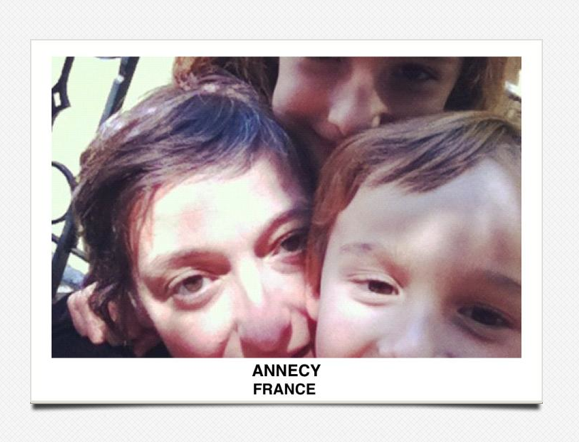