American investors and VC firms (like Sequoia and Accel) have begun to turn their attention to Latin America, particularly to one of the region’s fastest growing economies: Brazil. Thanks to skyrocketing Internet penetration, the growing number of B2C eCommerce companies that have popped up over the last year and a population of just under 200 million, Brazil has become an appealing market for entrepreneurs.

Although change is coming fast, many of Brazil’s industries remain offline and are plagued by inefficiency and a lack of transparency. So, today, two European entrepreneurs are launching Printi, an on-demand, web-based solution through which they hope to revolutionize the country’s printing market.

While it’s not necessarily the sexiest of industries, co-founders Florian Hagenbuch and Mate Pencz believe that printing has been one of the slowest to innovate, telling us that right now “Brazil is light-years behind the U.S. and Europe” in the industry. So, by leveraging the scale afforded by the Web and by streamlining ordering mechanisms, the co-founders hope to significantly reduce the time and cost it takes for local businesses to print their essential corporate, promotional, and marketing materials.

Printi’s platform offers users the ability to choose (at launch) from a product portfolio of 6,000+ printed materials, including business cards, flyers, folders, notebooks, posters, etc. On top of that, the startup offers instant price quotes (i.e. more transparency) and automated order pooling that the co-founders believe will enable the business to offer prices that are 15 to 20 percent lower than the market average.

However, it’s important to remember that building a business in Brazil inherently comes with plenty of its own hurdles. Although internet penetration in Brazil has grown from 8 percent to 50 percent in nine years and Brazilians are increasingly ready to consume online, there’s still a lot of bureaucracy in the Brazilian system. Bootstrapping is tough.

Partly, that’s due to the high cost of skilled labor in Brazil. While the payroll tax in the U.S. is about 15 percent, in Brazil it’s close to 70, and companies generally have to pay for at least one meal a day for their employees, along with transportation costs, etc. Worker protections are built into national policy, thanks to the years of hyperinflation that ravaged the country leading to a generation of risk-averse (and crippled) Brazilian entrepreneurs and startups.

Add the difficulty to fire underperforming employees, the fact that business owners can (and will) get sued for just about anything (and for Printi a somewhat capital-intensive business), and you can see why startups need early funding to get off the ground. That cushion is imperative.

To help it hurdle these obstacles and build a little padding, Printi is launching with $1.2 million in Series A funding from a group of investors from both Silicon Valley and Brazil, including Greenoaks Capital, Palantir co-founder Joe Lonsdale, serial Brazilian entrepreneur Fabrice Grinda and Groupon Brazil co-founder Florian Otto.

Oh, and there’s also the market opportunity. Printing is a $15 billion market in Brazil, but right now it’s mostly offline and local startups and small businesses find little to no transparency when it comes to how these companies determine their prices and how long it will take to fill orders.

While the co-founders say that competition does exist from local print solutions — and that the FedEx Kinko’s model is represented by companies like AlphaGraphics — most extant solutions revolve around time-sensitive, smallish orders and day-to-day office needs. So Printi wants to become the best solution for a wider range of order-types and printing needs.

The other key is that Printi offers users the ability to select from a variety of options and view prices for their order in a few minutes. There are obviously a whole mess of variables in printing (like the number of sides you want something printed on, finishing, laminations), which makes building a backend which can perform these realtime calculations is no easy task. Traditionally, in Brazil, one has to call the printer to place an order, who sends back a PDF, and if you have to tweak part of the design, the price changes, and the process begins again. But Printi is able to automate processing of those adjustments so that it can serve prices in realtime — something you won’t find offered in Brazil.

What’s more, there are currently a lot of entities that are making money on the same order. Printi gives users a direct process as well as guidance through which they can get feedback on their artwork. People often make mistakes in preparing the things they want printed, the co-founders say, so they’ve developed a feature which checks artwork for errors and lets users know, up front, whether or not they’ll be able to print the order.

This removes a lot of the hassle and time required from small businesses to prepare their orders, and automating and optimizing the production flow helps cut down on paper loss (and costs) and minimize the margin of error. Printi also automatically pools printing orders to give its SMB and corporate customers access to those lower (and what the co-founders believe to be more democratized) prices.

Again, while the print industry may not be the sexiest market to be in, using the Web as a sales channel enables Printi to take advantage of lower fixed costs and faster turnaround — and remove some of the inefficiency that’s endemic to the offline market. So, when one looks at the new margins this can create, Hagenbuch jokes, the model starts to look a lot sexier.

This increased efficiency has led to Printi selling over one million flyers within the first month of its beta launch and has already led to some of Brazil’s most established corporations joining as clients.

With more and more attention turning to Brazil as an emerging market, disruptive, high-margin online businesses like Printi are going to become increasingly common. Just ask Baby.com.br, which has raised over $20 million from Tiger Global, Accel and SV Angel or Open English, which itself recently took on $40+ million in funding to attack the Brazilian market.

For more on Printi, find them at home here. 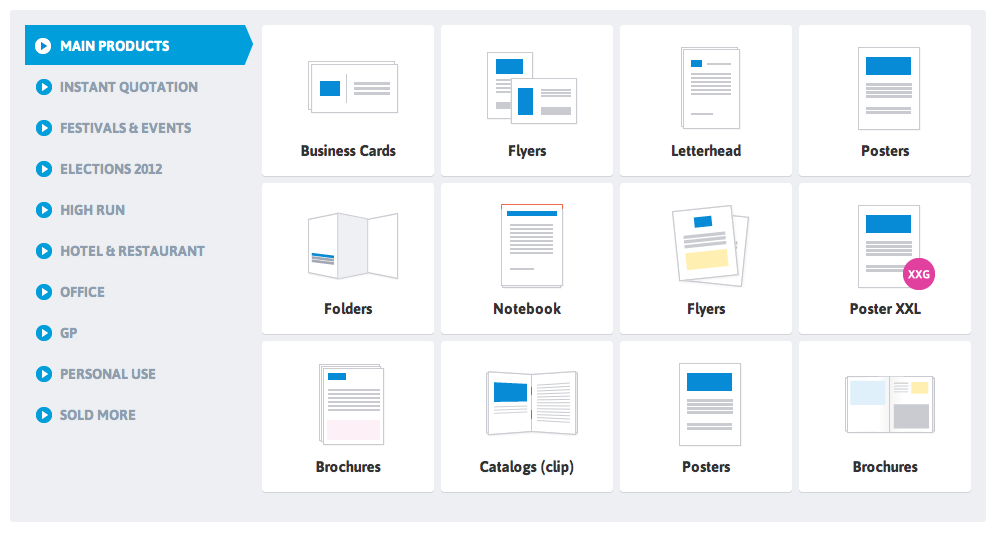