Teambox is a collaboration platform that offers its own tools and integrations with third-party apps. Today it is offering the capability to integrate with Box, Dropbox and Google Docs.

You hear this debate a lot about what services people prefer inside the enterprise world. Consumer services are competing with more enterprise focused apps. Dropbox is wildly popular for its simple, elegant capability to easily move files from your desktop or through third-party services. Box is enjoying increasing popularity for its collaboration features. Evernote has legions of users who depend on it as a way to keep notes that can be tagged and synced with your smartphone.

Teambox calls its service a collaboration dashboard and the term seems to fit. Here’s a look at the variety of third-party services that work on its platform: 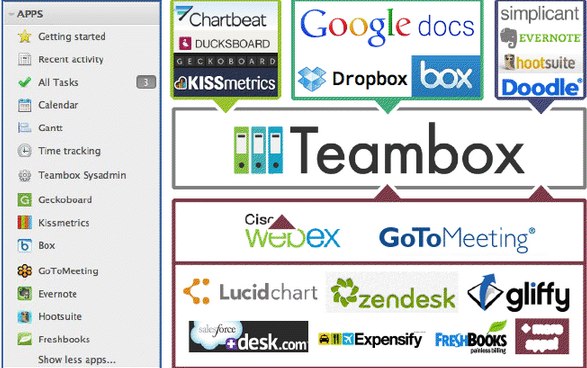 Teambox has project management apps such as a Gantt chart and time tracking. Today it has added a new service called Teambox Notes that is designed for large groups. It has a drag and drop interface to take note and collaborate outside of the email inbox. 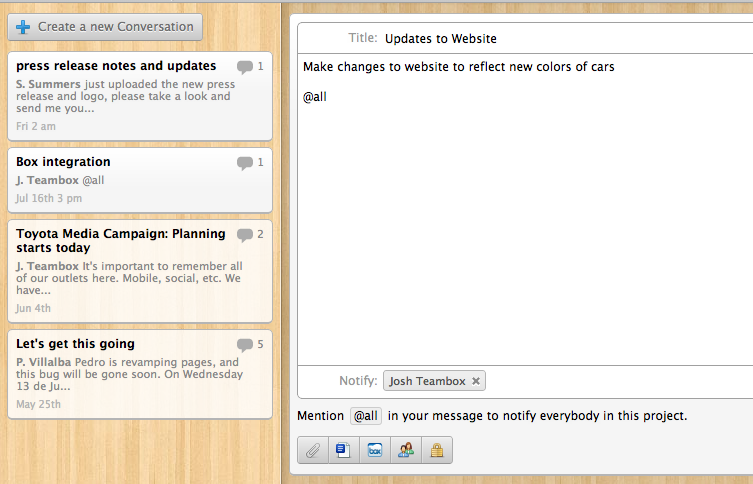 Teambox roots as a task management system is evident in its chat feature, which allows end users to quickly create conversations between teams to assign tasks and due dates to projects enabling real-time collaboration. 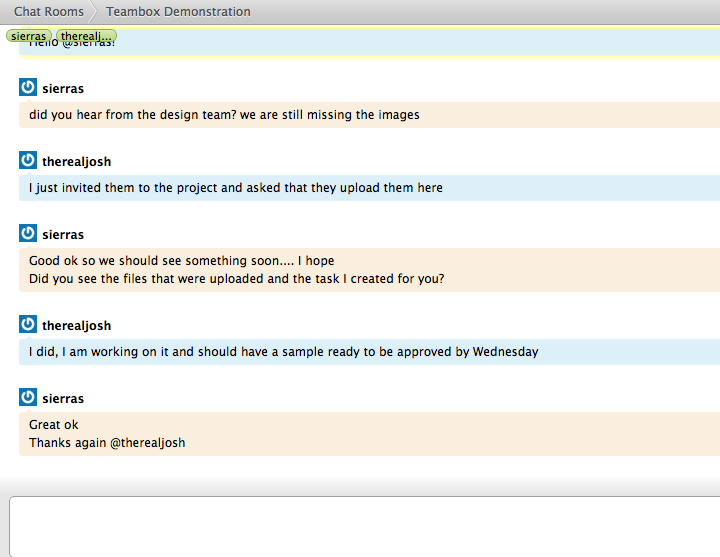 But what I find most compelling is the combination of a collaboration platform with the capability to pull in Salesforce.com and any variety of  outside apps.

It’s this open platform that I find sorely missing from Microsoft Office 365. Microsoft does have some limited integrations but for the most part it serves as a Microsoft ecosystem more than anything else.

The Teambox service is proving to have its own appeal. The company has 900 paying customers and more than 300,000 users. It is one of the top rated apps in the Google Apps Marketplace.

I like Teambox but at first glance I think the trick will be convincing the market that at its core it has world-class collaboration capabilities with the added benefit of pulling in tools like Evernote, Box and Dropbox.