Amazon released its first social game today, Living Classics, out of the company’s Amazon Game Studios. The free game features a family of foxes that have wandered into active illustrations of their favorite books, like Alice in Wonderland, The Wizard of Oz, and King Arthur.

The game is the first title released by Amazon Game Studios, a new team focused on “creating innovative, fun and well-crafted games.”

The game looks playfully ridiculous and it’s a good first title for the new studio. While Amazon wouldn’t say what’s coming next, you have to wonder whether they will try to carve out a niche first (this one definitely seems aimed at families, especially children) or branch out immediately and try to attract a broad audience quickly. 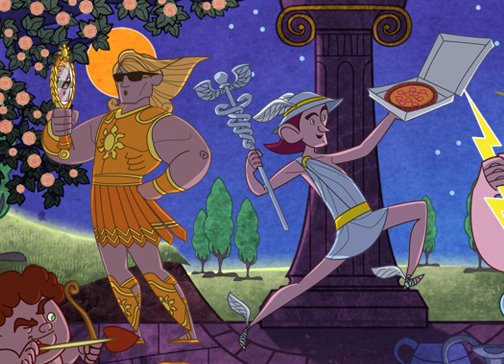 “We know that many Amazon customers enjoy playing games – including free-to-play social games – and thanks to Amazon’s know-how, we believe we can deliver a great, accessible gaming experience that gamers and our customers can play any time,” Game Studios wrote in their announcement today.

With Zynga struggling in epic proportions, Amazon has struck the market at an opportune time. Stay tuned to Game Studios in the upcoming months to see what they develop, especially if they opt to continue down Zynga’s path and stick with Facebook or branch out on their own.

If Amazon Game Studios branches out on their own, the Kindle seems to be the perfect platform to push the games beyond Facebook, especially if they develop an integrated way to buy the classic books whose illustrations these characters are exploring (and similar functions for other games).