Wildfire, just acquired by Google, isn’t a social ads company. It relies on its partner Adaptly for access to ads APIs for Facebook and other sites. That means Google may buy Adaptly or another ads company any minute now. Otherwise Google will have to split the profits of social ads Wildfire will continue to sell through Adaptly.

As Facebook Sponsored Stories and Twitter’s promoted products are taking off, being the middleman between brands and social networks is become quite lucrative and its only sensible that Google would want to own a social ads API tool and/or service.

Optimizing social ads so they reach the right people for the lowest cost is not easy. It requires membership in exclusive API programs and serious engineering work to dynamically alter bids to get the lowest CPMs, CPCs, or Cost Per Actions (such as buying a new Facebook fan).

In exchange for full-managed spend service or self-serve tools, brands typically pay social ads API providers a percentage of their total spend — often around 10% to 20% depending on volume of spend. Otherwise they pay for performance, saying “here’s $1 million, buy me 500,000 Facebook fans”, and the ads provider gets to keep the margin. As brands shift spend from television, print, ad networks, and search to social, these services and software have become a huge business spawning dozens of startups. 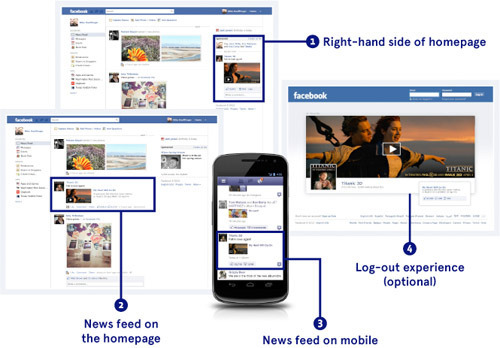 Right now, Google largely targets ads based on what users are searching for and what other sites they’ve visited. But it knows that social networks offer rich, accurate ad targeting data, such as the age, gender, and interests of their users. Google’s ads business funds all its other innovations, and if ads are going social, that’s where its going too.

Other big enterprise marketing companies and smaller social Page management companies have seen the writing on the wall too. That’s why there’s been rapid consolidation in the space lately, with Buddy Media buying Brighter Option which prepped it to be acquired by Salesforce, Syncapse buying Clickable, and Adobe purchasing Efficient Frontier this year.

Still there are plenty of potential Ads API acquisition targets for Google:

Wildfire offers tons of value in page management, app development, and analytics, but ad sales is a huge revenue driver. If Google doesn’t buy a social ads company, it shows the Wildfire purchase was really about understanding social marketing and slipping inside Facebook and Twitter’s business models.

But I’d bet Google does buy into social ads. This validates Facebook’s long term revenue plans, and indicate the future of is advertising isn’t about pimping your own products, but showing people their friends already use them.