Because we’re in need of some brighter NFC-related news today, Flomio, a TechStars-backed startup, and makers a platform for building NFC and RFID enabled applications, has closed a seed round of $525,000. The round was led by RMR Capital, and included participation from TechStars, the Cloud Power Fund, Matthew Lally (Augme, Pickflair), and Clint Watson (FASO).

Based in Miami, Florida (“Silicon Beach!”), Flomio has a different approach to NFC, which will be reflected in a website redesign going out next week. In short, it wants to humanize the technology. Originally a side project from founder Richard Grundy, Flomio was recently accepted into TechStars Cloud, the cloud computing-focused incubator which held its first demo day in April.

If you had checked out the Flomio website in the recent past, you may remember that it was touting how its technology could be used to build NFC applications, and it offered a store where you can buy NFC tags and readers. While it will continue to sell tags, stickers and hardware devices, the company’s focus going forward will be on targeting consumers and specific vertical markets (e.g., art) in order to make NFC technology seem more accessible to normal folks…and even fun.

Flomio competes with another NFC startup we’ve previously covered called Tagstand, but has a different point of view about the space, according to company founder Grundy, whose background includes 12 years at Motorola. “We have a different approach,” says Grundy. “We’ve done events, just like they have. We’ve done outdoor deployments just like they have, but what we focus on the most is on this instrumented space model which is all about using peer-to-peer to allow people to engage physical spaces.”

Grundy explains that NFC had been traditionally modeled around passive tags – that is, a combination of a reader and a tag that responds when excited, e.g. by waving your device over the tag or tapping it. But what really inspired him about NFC’s potential was the newer “peer-to-peer” technology, which was introduced in 2009. This allows two readers to talk to each other. The newer technology could enable wild, sci-fi stuff. For example: “if you want your cell phone to talk to your microwave, and download a recipe about how to bake a potato and it just programs the microwave for you,” explains Grundy, “that sort of use case can only be enabled through a peer-to-peer solution. We were enabling developers to put that to action,” he says.

Unfortunately, though, developers weren’t biting. “That’s so far ahead of what people are doing today, we found difficulty gaining traction,” Grundy admits. So now the company is dialing things back a bit…for now. Instead of targeting developers, they’re going to focus on popularizing NFC with users, in a number of different ways. Some of these details are still under wraps for a few more weeks, but the long and short of it is that they’re going to help make NFC fun, not scary, not confusing, and not geeky.

As CXO (that’s “Chief Experience Officer”) Timo Ronan explained to me, “we understand the human side of life, we’re not just engineers.”

“We figure if Touch is the next wave, it conceptually needs to permeate our brand. We want to be real people to real people. We just happen to be pretty smart and stuff,” Ronan says.

Here’s a sneak peek at the new website, to give you an idea: 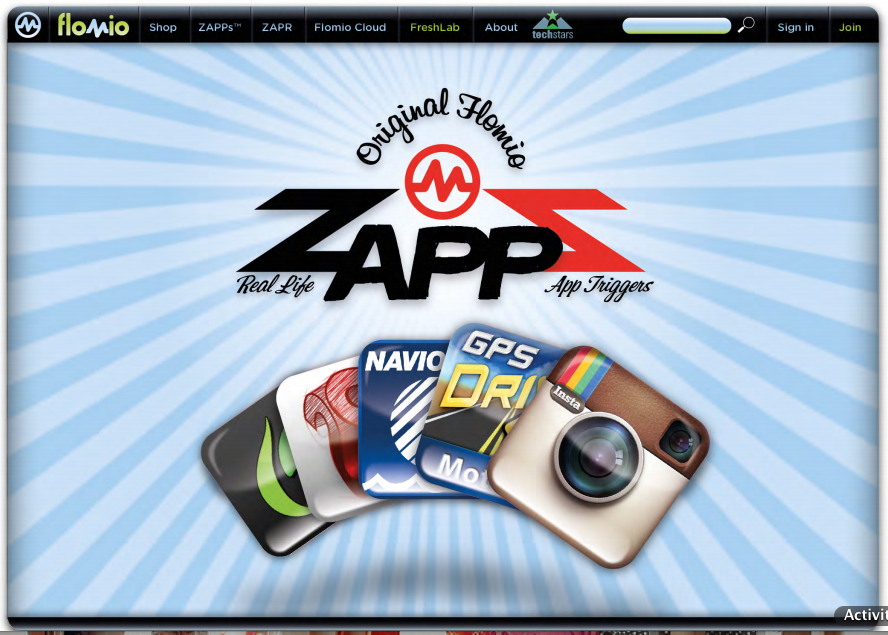 And here’s a concept video of a tag they’re working on (note: there’s no deal with Starbucks, it’s just an idea. BACK OFF LAWYERS):

And just for the heck of it, here’s a video, entirely unrelated to product, of something awesome they filmed the other day: