GoDaddy CEO Warren Adelman tells me that Outright will stay in their Mountain View office, which Arizona-based GoDaddy will use as a “hub” to expand their Silicon Valley presence.

GoDaddy isn’t the most obvious acquirer for Outright, but they both target small business owners and the acquisition could signal GoDaddy’s expansion into a wider range of services.

“We saw a shared passion about supporting small businesses and helping them grow,” Adelman tells me. “Of course, they came at it from a different angle but when we were together with them we really had a meeting of the minds. We viewed this as an extension of what we do at GoDaddy with small businesses.”

Outright customers will soon “have the benefit of Go Daddy’s rich suite of cloud-based services” as Outright joins the larger company. “Your Outright service will remain the same,” Aldrich wrote in bold on Outright’s blog today. “Continue using it as you do today.”

“The most important to us was the opportunity to reach significantly more small businesses,” Adlrich tells me. Outright has only 200,000 users, whereas GoDaddy reaches 10.3 million customers, 75% of which are small businesses, according to Adelman. 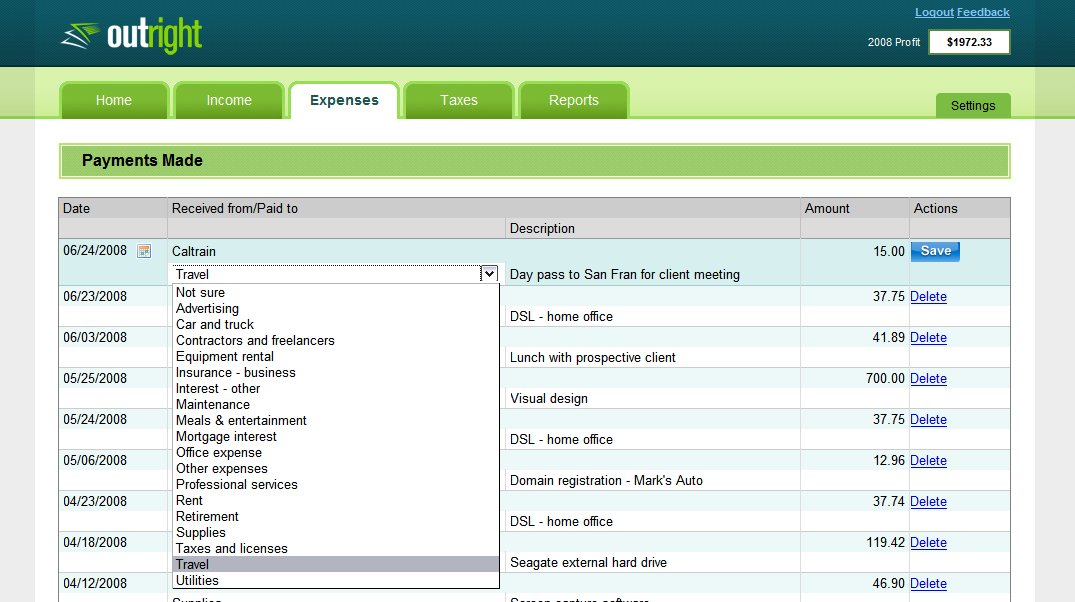 Aldrich was raising a round of funding for Outright, which had $7.5M in funding but hadn’t raised since 2009, while also considering acquisition offers. He says they chose GoDaddy because of their “tremendous vision for the future.”