We’re here at Microsoft’s Mountain View, California offices waiting for the kickoff of 500 Startups’ Summer 2012 Demo Day. Today, the fourth batch of startups to pass through the famed Silicon Valley startup accelerator program will show off their stuff to a room full of investors and media.

As a refresher: 500 Startups is an early-stage seed fund and incubator program for startups with an edge when it comes to the “three D’s” — Design, data, and distribution. The program, which was founded by Dave McClure in 2010, invests between $25,000 to $250,000 in each of its startups. 500 Startups has grown over the years from essentially being a one-man-band to a full-on venture capital firm in the process of raising $50 million for its second investment fund, twice the size of its first. 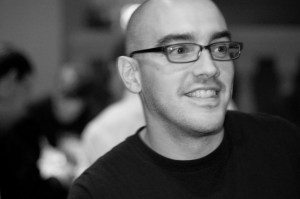 This latest batch is comprised of 27 startups who have been immersed in the 500 Startups program since the session began April 2nd. If we know Dave McClure, there is sure to be lots of fun (and a healthy dose of foul language) ahead. We’ve embedded the live stream in this post so you can catch the action as it happens:

Ryan Lawler and I are on the scene along with TechCrunch TV camera guy/producer/editor extraordinaire John Murillo, so more in-depth coverage is on the way. But for now, here are the facts and figures about this Demo Day:

And here in alphabetical order is the full lineup of the latest 500 Startups class, along with their self-descriptions:

ActivityHero: We take the project management out of parenting by making it easier for parents to find, schedule and coordinate kids after-school activities and summer camps.

Bombfell: Bombfell makes dressing well easy for guys. We send monthly shipments of designer clothes that are picked for you by a stylist.

Chalkable: Chalkable is an app store for school and a platform to make those apps work.

Groupiter: We make your Dropbox… social! Groupiter adds group conversations to the files you share on Dropbox.

Ingresse: Ingresse is Brazil’s first social ticketing company. We allow people to find events they love and event organizers to reach their audience. Anyone can post an event for free and sell out like a pro.

Monogram: Monogram is your personal shopper on the iPad. We help you curate the best fashion products and sales based on your style.

Network (formerly known as CardFlick): The Smarter Way for Professionals to Connect (and Stay in Contact)

PublikDemand: PublikDemand helps consumers launch viral complaints against big companies and use the power of the collective voice to get their problem solved.

Teamly: Teamly helps companies get rid of pointless performance reviews and instead replace them with a real-time alternative to help them manage their employees all year round.

TenderTree: TenderTree helps families find a caregiver for the elderly or disabled.

Tie Society: Netflix for ties and more, a try-before-you-buy subscription service for men’s neckwear. When you have to look good, we help you look your best.

Timbuktu Labs: The iPad magazine for you and your children.

Tuckernuck (formerly Uscoop): Tuckernuck is e-commerce for the all-American lifestyle.

Wanderable: Honeymoon registries for couples who want experiences, not stuff.