You deserve a break today, indeed. Augmented reality pioneer Steve Mann visited a Parisian McDonald’s with his family earlier this month. Mann has a system called the EyeTap physically installed in his skull that records photos and video, and can display augmented reality data directly in the user’s line of sight. Upon ordering, McDonald’s employees at 140, Avenue Champs Elysees, Paris accosted Mann and tried to tear the glasses out of his head.

That was after he ordered something called a Chicken Ranch Wrap.

To recap, Mann is a tenured professor at the University of Toronto and wears something called an EyeTap, a small camera/computer that he had physically connected to his skull. He’s been experimenting in the realm of wearable computing for years and the most recent iteration essentially makes him a cyborg – a human melded with a machine. That distinction was apparently lost on a trio of employees at that Parisian McDonalds –after ordering, two of them approached him and asked him what he was wearing. For whatever reason, they took issue with Mann’s implants. Another man approached wearing a McDonald’s shirt while the other two hid their identities. 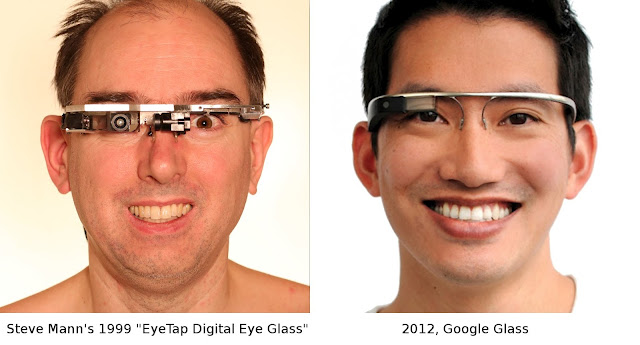 He carries with him documentation from his doctor stating that the EyeTap is not removable without special tools and he uses it when traveling and when people want to learn more about the product. Mann offered that documentation to the McDonalds employees to no avail, and it wasn’t long before the three employees assaulted him and eventually kicked him out of the Paris location.

Subsequently another person within McDonalds physically assaulted me, while I was in McDonand’s, eating my McDonand’s Ranch Wrap that I had just purchased at this McDonald’s. He angrily grabbed my eyeglass, and tried to pull it off my head. The eyeglass is permanently attached and does not come off my skull without special tools.I tried to calm him down and I showed him the letter from my doctor and the documentation I had brought with me. He (who I will refer to as Perpetrator 1) then brought me to two other persons. He was standing in the middle, right in front of me, and there was another person to my left seated at a table (who I will refer to as Perpetrator 2), and a third person to my right. The third person (who I will refer to as Perpetrator 3) was holding a broom and dustpan, and wearing a shirt with a McDonald’s logo on it. The person in the center (Perpetrator 1) handed the materials I had given him to the person to my left (Perpetrator 2), while the three of them reviewed my doctor’s letter and the documentation.

After all three of them reviewed this material, and deliberated on it for some time, Perpetrator 2 angrily crumpled and ripped up the letter from my doctor. My other documentation was also destroyed by Perpetrator 1.

In short, these McDonald’s employees harassed, intimidated, and damaged Mann nearly irrevocably. Ray Kurzweil, a well known futurist, calls this the first attack on a cyborg in history and Mann’s importances to the field of human-computer interaction can’t be measured.

That a pioneer like Mann would be accosted – in Paris, of all places – is a travesty. That it would happen in that paragon of openness and light, McDonald’s is an absolute shame. Apparently McDonald’s employees in Paris don’t like people taking pictures of their menus and this isn’t the first time Parisian Friends-Of-Ronald attacked someone with a camera in their stores.

Although I may seem flip here, I’m not. I propose a boycott of McDonald’s (not like you were going to go anyway) until Mann reports restitution for damages. This is an outrage and it’s terrible that Mann had to go through this.

McDonald’s responded with the following statement:

“We share the concern regarding Dr. Mann’s account of his July 1 visit to a McDonald’s in Paris. McDonald’s France was made aware of Dr. Mann’s complaints on July 16, and immediately launched a thorough investigation. The McDonald’s France team has contacted Dr. Mann and is awaiting further information from him.In addition, several staff members involved have been interviewed individually, and all independently and consistently expressed that their interaction with Dr. Mann was polite and did not involve a physical altercation. Our crew members and restaurant security staff have informed us that they did not damage any of Mr. Mann’s personal possessions.

While we continue to learn more about the situation, we are hearing from customers who have questions about what happened. We urge everyone not to speculate or jump to conclusions before all the facts are known. Our goal is to provide a welcoming environment and stellar service to McDonald’s customers around the world.”