This week, Kellan Elliott-McCrea launched a new Twitter search engine called “oldtweets” to a bit of buzz. As the name implies, this tool finally lets you pull up tweets from Twitter’s early days, specifically its first year up-and-running. That means tweet IDs 1 to 20,000,000, to be exact, which occurred during parts of 2006 and 2007. And you guys, this is the most fun I’ve had on the Internet all week.

Now, we all know the infamous first tweet from co-founder now CEO Jack Dorsey: “just setting up my twttr,” but with oldtweets, you can actually pull up a history of Twitter’s early adopters’ first communications. And so, for the heck of it, that’s just what we did, starting with the Twitter co-founders themselves.

[Note to RSS readers, this post has images in it which you won’t be able to see. Stupid RSS!]

What does oldtweets tell us? Well, mainly that we were super-dull people on Twitter at first. (Maybe we still are, but have lost our sense of self-awareness?). Yes, we were tweeting the mundane details of our lives back then. As TechCrunch blogger-turned-VC MG Siegler notes of the early tweets, “my god they were boring.” (One of his first, appropriately: “writing a blog post.”) 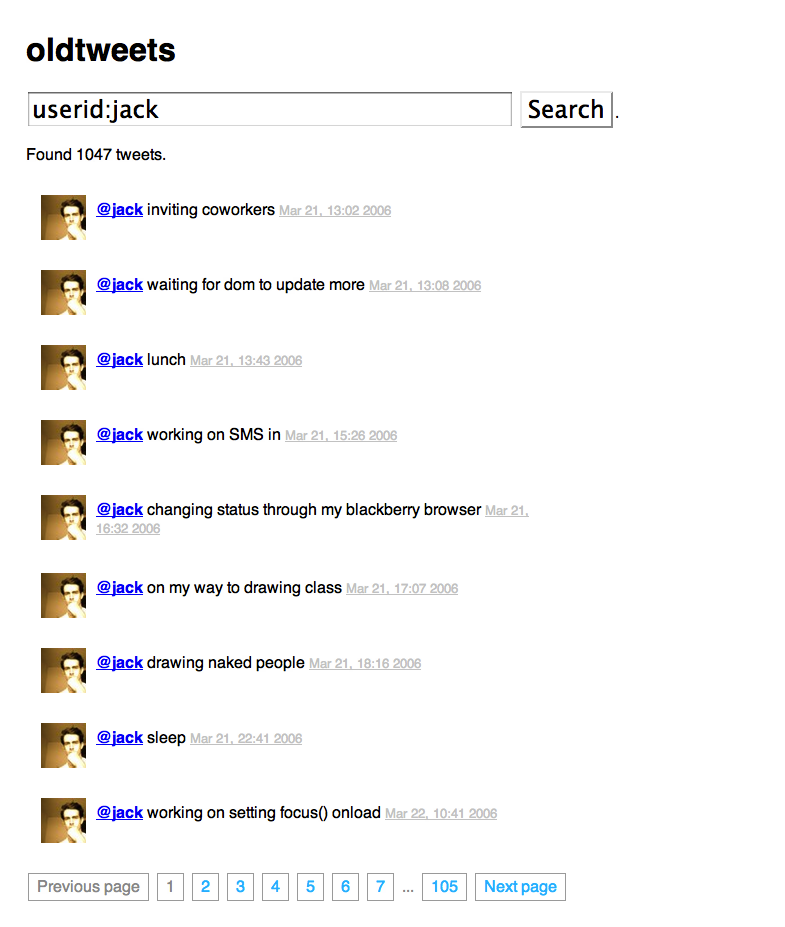 As for co-founder Evan Williams, he also tweeted out “just setting up my twttr,” at 4:02 PM on March 21st, 2006, just twelve minutes after Dorsey had done the same. I guess this was what all the cool kids were tweeting back then – Biz Stone did it, too (Update: Kellan reminds us the interface prompted you to tweet that). But Williams proceeded to use Twitter for posting thoughts about the technicalities of the service, and other ideas he was having at the time, e.g., “wishing that this form field got focus() onload,” “thinking: what if Odeo was a web-based media player?,” “wondering if the status web page should auto-refresh (ajax! ; ).” 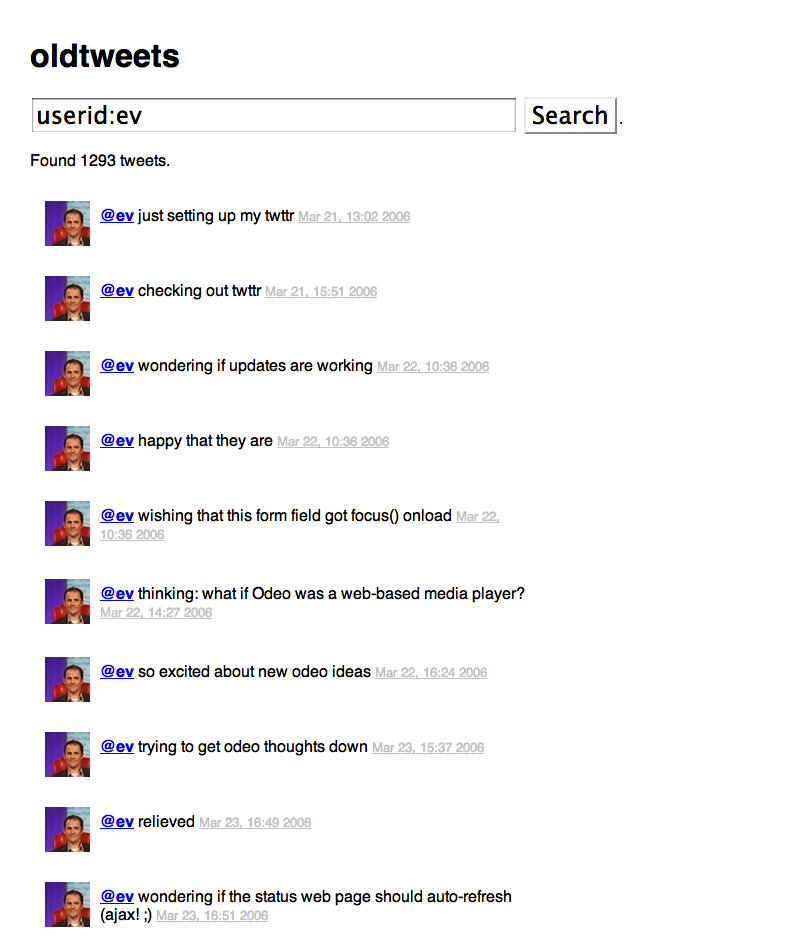 Co-founder Biz Stone also used Twitter more for status updates from his daily life – “wishing I had another sammich,” “feeling pains in my back,” and “going out to do an errand,” for example – but a little excitement could be found back in the first days, too: “getting my odeo folks on this deal.” 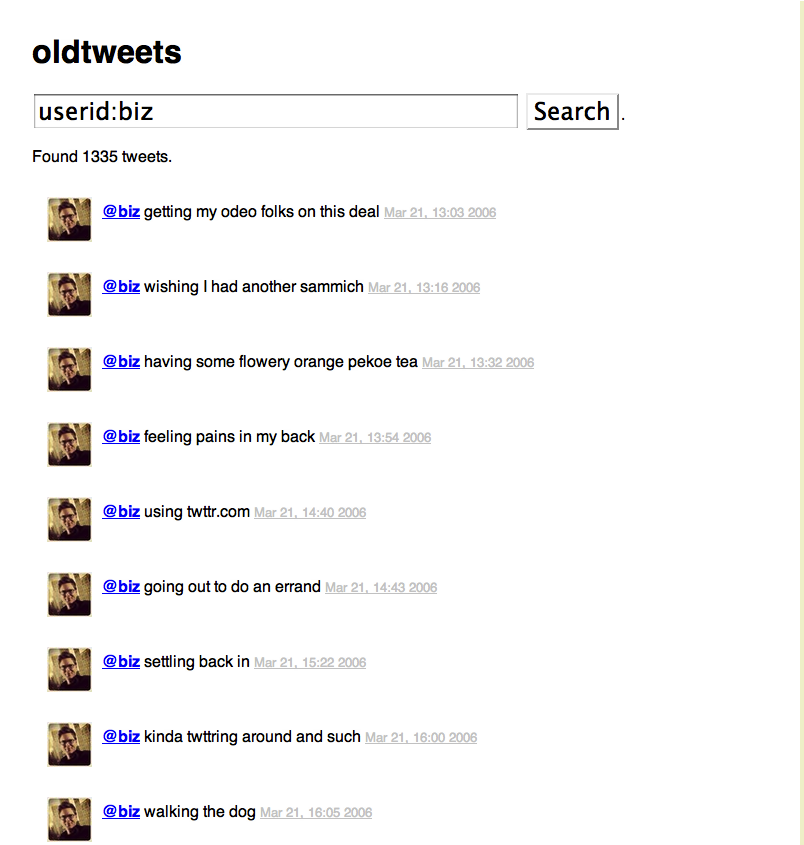 Looking for some more early Twitter users to stalk? Try Listorious. Or just try entering in usernames you know, like Foursquare CEO Dennis Crowley (@dens), who once tweeted “about to die from this hangover,” and later, “not dead yet.”

Me? I was “looking for work” and “checking my gmail.” YAWN.

But seriously, oldtweets. I could do this all day.