It was at TechCrunch Disrupt San Francisco in 2011 where a fine tradition began, namely, the Israeli Pavilion.

No less than 20 early-stage Israeli startups flew-in from Israel to demo and network themselves to the bone for three non-stop days.

The inaugural Pavilion was such a success, we decided to have another one at the past Disrupt in NYC. It too was a huge success with yet another 20 Israeli startups hitting the Big Apple disrupt-style.

So we thought to ourselves, ‘Hey, you know what rhymes with Pavilion? Brazilian!’

That’s right, at the upcoming Disrupt in San Francisco we’re not only going to have our staple Israeli Pavilion, we’re going to have one for Brazilian startups as well!

Being the sixth largest economy, with a total population of ~200M, half of which is middle class, there’s lots of pie to be had in practically every vertical you can name.

It’s no surprise then that the last couple of years in Brazil have been a boon for the country’s local Internet economy. Examples range from PeixeUrbano, Brazil’s Groupon, to Baby.com.br, Brazil’s Diapers.com.

International investors, including my firm have not let these facts go unnoticed. Even Sequoia is rumored to be opening a Brazilian office.

With a massive market opportunity and a growing startup ecosystem, the time seemed right to welcome Brazil to Disrupt with open arms.

Why is TechCrunch doing this you ask?

As TechCrunch 40/50/Disrupt became key networking events for International startups, we noticed that the high cost of flights, hotels, food, not to mention participation, were prohibitive to the lesser-funded startups.

The Pavilion packages are TechCrunch’s way to extend a helping hand.

What exactly are the Pavilions?

They’re basically extensions of the Startup Alley that include:

Note that only startups with less than $2M in funding and are less than two years old are eligible to participate. Also, Pavilion startups are not eligible to be voted for as the daily ‘Crowd Favorite’ (that goes up to present on the Battlefield stage).

Also, if you are interested in sponsoring either Pavilion or have any questions about participation, email me at: roi@initial.vc 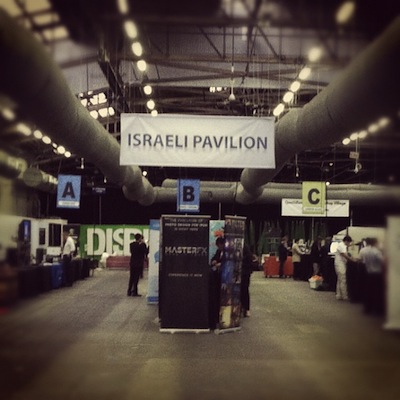