The message carried on the 1993 2D video game “Jetpack,” created by 16-year old Adam Pedersen and distributed by Software Creations on floppy disk, pledged an updated sequel to fans in a couple of years.

19 years later, Pedersen, now a single dad, is belatedly working to deliver on that promise. He has taken to Kickstarter in an attempt to raise $40,000 by the end of July for “Jetpack 2.”

Pedersen tells me that, as a sixteen year-old, he was a big fan of “Lode Runner,” “Jumpman,” and “Boulder Dash” and wanted to make a game like those.

“A game that I would enjoy playing,” he describes, his voice filled with excitement.

In 1997, after Software Creations had gone out of business, Pedersen put the game online. By 2003 it had reached over a million downloads.

After fighting with chronic fatigue and other health problems that kept him from building a sequel, Pedersen was ready to build a revamped game in 2008. He took it to major distributors. Most passed on the sequel. One deal came close but then fell through.

Pedersen decided to bypass distributors and work part-time on “Jetpack 2.” In 2010, he left his job working with the Obama campaign at Blue State Digital to work full-time on the game.

But that was before the rise of Kickstarter: Now he is using the popular crowdfunding service to raise funds so that he doesn’t have to put the project on hold again. Pedersen says he resorted to Kickstarter because he couldn’t afford to keep working full-time on the game and support his family without an income. He says he also needs funding to pay for “an artist and level enhancers to give the game more polish.”

Pedersen told me if he doesn’t hit the $40,000 benchmark, he will most likely do another Kickstarter with a lower goal and scale back some of his graphic goals and enhancements.

Backers can donate increments from $15 to $5,000 with varying rewards. The base pledge will get you a copy of the game for immediate download when it is released and a few other small rewards. $50 will earn you a personalized “easter egg” that the character collects.

For an affordable $5,000, Pedersen will make you into the game’s evil scientist nemesis. “I’ll distort your voice, and my artist will make a cartoon animation of your face, along with evil scientist hair,” he writes on Kickstarer.

At the time of publication, Jetpack2 had 51 backers and had only raised $1,810. So if you’ve got five large lying around, you still have time to grab the lone evil scientist spot.

Will you play Jetpack 2? What other classic games would you like to see brought up to 2012 standards? Let us know in the comments. 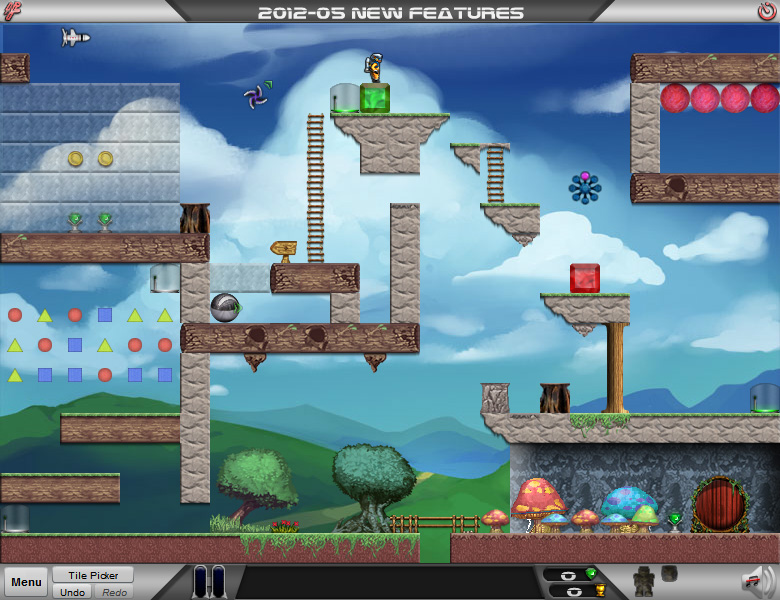