We’re on the cusp of a global conflict that will see the three most powerful consumer Internet companies fighting to win control of interpersonal communication. The war will pit Facebook’s unified Chat / Messages / Email vs Apple’s cross-device iMessage system vs. Google’s Gmail / GChat / Hangouts. If one emerges as the definitive victor, it could sway the future of digital human interaction.

Read on as we survey the battlefield, review the weaponry of each company, and assess who could win the epic message war and the fortune that comes with it.

Last week we saw Facebook fire the latest shot of this war when it changed everyone’s profile contact info to display their @facebook.com address and hide their previously selected Gmail, MobileMe, or other email addresses. Why? To box out Google and Apple. Even with natural advantages like a firm grip on identity and the social graph, plus the fact that it works across both iOS and Android devices, Facebook still felt like it needed to attack.

We’ve likely reached “peak SMS” — next year fewer text messages may be sent than this year due to the rise of data-based alternatives. Now is the time for one of these three messaging platforms to take the place of SMS.

Over the last few years, the three combatants have been scrambling to arm themselves for the coming message war. Movement has sped up over the last few weeks, though, indicating we could soon start seeing peace treaties broken and heavier assaults launched.

In November 2010, Facebook unified its messaging platform so instant Chats, asynchronous Messages, and email sent to the newly offered @facebook.com addresses would all flow into one inbox. In some ways this was great for users because if someone sent you a Chat and you were offline or immediately left your desktop, you could view it in your Messages inbox from mobile.

Similarly, if you sent someone a message but they were currently online, it’d get delivered as a chat. You could voluntarily set up a Facebook email address, but few people did and that wing of the service stalled. Then in April, Facebook began assigning email addresses to everyone. 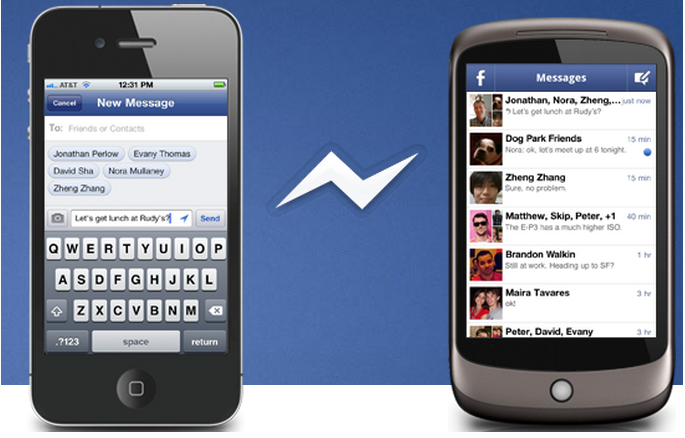 July 2011 saw a partnership with Microsoft’s Skype that allowed Facebook to add video chat capability to its platform. It also acquired and re-skinned Beluga as Facebook Messenger in August 2011 as a standalone app to break direct communication out from its bloated primary app. Facebook Messenger doesn’t do voice or video just yet but you can bet it’s on the way.

In Facebook’s arsenal are the world’s largest social graph, mobile’s most popular apps, massive time-on-site across devices, a deep understanding of who we’re closest to, and a thriving ad platform to monetize it all with.

Identity is key to messaging because it lets people connect just by name, allowing the best communication medium for the job be selected as the specific contact information falls into the background. It does not own the hardware or the OS, but it can float as a layer across devices which is why Facebook may have the most powerful war machine.

Then Google launched Google+ in June 2011 with its stand-out feature Hangouts, a real-time group video chat service that also offered some collaboration and synchronous media consumption options. It also turned Plannr into Google+ Messenger. Now as GigaOm reports from last week’s I/O conference, Google is merging Hangouts, Talk, and Messenger into a single unified messaging platform that could allow text, voice, and video chat across devices.

Google’s strongest asset is its diversity. It owns Android, the mobile OS that’s locking down the long-tail. It’s working with Samsung to build hardware and also owns Motorola now. It’s got a fair amount of cash, which can’t hurt, plus a presence in social networking that can tie Android and Chrome OS together. Most importantly, it controls Gmail, arguably the winner of the last communication war that was fought for email. 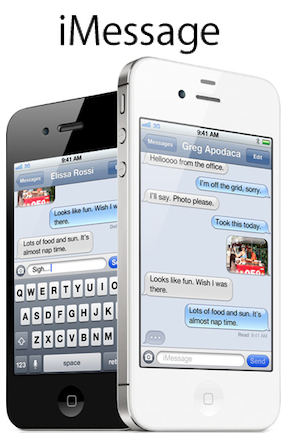 FaceTime launched in June 2010 as Apple’s mobile video chat service, but at the time it required both conversation partners to have the latest iPhone. With time, Apple has expanded FaceTime beyond mobile so users of its desktops and MacBooks could video chat too.

Apple launched iMessage in October 2011 as an SMS alternative for iOS devices that also sends photos and other media. iMessage will link desktop and laptop computers to their mobile brethren when Apple adds it to OS X Mountain Lion. It wouldn’t be surprising to see Apple integrate FaceTime directly into the cross-device iMessage platform, though how email could feed into it is less clear.

Even with mountains of cash, Apple may be the underdog. It has no social network, and in fact relies on Facebook to bring social to iOS and the App Store. It could control messaging to some extent for all of its device users. But not everyone can afford them, and that means its users won’t always be able to contact friends through iMessage.

The Spoils Of War

So by next month, Facebook, Google, and Apple will each have their own robust messaging platforms featuring some combination of support for cross-desktop and -mobile communication; real-time chat with text, photos, voice, and video, syndication to email, and SMS delivery as a backup. Whichever of these features they don’t have, they’ll likely buy or build.

Everyone else in the messaging space, like Microsoft’s GroupMe and all the free SMS startups should prepare to pivot or sell to one of the three warring factions. You’re not gonna win.

What’s at stake is the control of perhaps the most critical stream of them all — direct communication. Content is surely important, especially because it creates massive engagement and time on site that creates a host for advertising. The ambient intimacy of Facebook, Google+, and Twitter let us feel closer to a huge number of distant acquaintances and thought leaders through the indirect communication of content feeds.

People love content, but people need direct communication. Who you communicate with on a daily basis and via what medium are vital signals regarding where people sit in your social graph. Whichever company owns the most of this data will have better ways to refine the relevance of their content streams, showing you updates by the people you care about aka communicate with most, and showing ads nearby.

Through natural language processing and analysis, whoever controls messages will also get to machine-read all of them and target you with ads based on what you’re talking about. 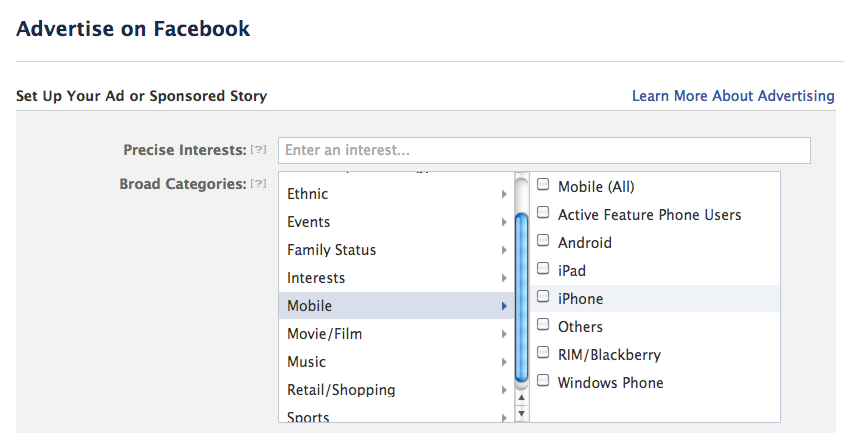 Communication channels will likely host that advertising too, making the winner of this war even richer. You might not get highly obtrusive mobile spam straight from marketers, but their ads could be appended at the end of your incoming messages.

At least expect ads mixed in between or shown around your Facebook or Google messages, the way Gmail shows ads right above your inbox. Apple meanwhile would use control of communication to bolster hardware sales by making the latest improvements only available on its latest devices.

The stakes of the message war are huge, so these three companies will fight hard. They’ll spend huge sums, form alliances if they have to, and make aggressive moves that could endanger the user experience to win. We’re already seeing it happen. And if one company does come to rule messaging, it could reduce the impetus for innovation and permit abuse. I like to think these companies are better than that, but some argue “whoever wins, we lose”.

Update: To clarify, “winning” this war could mean controlling the bulk of the market share, not necessarily 100% of it. There will likely continue to be scrappy startup alternatives, even one that disrupts this whole war, and none of the big guys here will totally give up if they “lose”.

But a disrupter would likely have to turn down huge acquisitions bids. And if the big messaging platforms don’t talk to each other and one gains an obvious lead (and I think one will), network effect will kick in, that “winner” will continue to grow its share, and it will dominate messaging.

Facebook knew it was going to take a major PR hit for hiding the real email addresses and replacing them with its own @facebook.com addresses on the profile contact info of every user. The change could have been done more subtly with a slow roll out or with some token, quickly-sped-past notification to users.

Facebook got a late start on email, especially compared to Google, and many users haven’t changed their email contact info since Facebook launched its addresses. It needed to increase awareness about @facebook.com addresses, and it didn’t want @gmail.com and Apple @me.com addresses on everyone’s profiles. Making the change without notifying users was certainly bad for the user experience, but Facebook did it anyway.

So what will Google and Apple do to retaliate? Google could prevent people from listing their Facebook profiles in their G+ About sections, and that won’t do much damage. It could compete with Facebook Messenger by pre-installing its own unified messenger app in the place of a standard SMS app on Android devices, and integrating that app with Chrome OS. Apple could refuse to integrate Facebook any deeper into iOS, or scale back Facebook’s presence and double-down with Twitter.

Those probably won’t be enough to deter Facebook, though, and it could go on to win the message war or at least dominate it.

Apple may very well foresee its coming loss or at least a prolonged battle. It and Facebook are relatively complementary, while both are fighting fiercely with Google on several fronts. So rather than pour resources into a losing battle, Apple might find some way to play nice with Facebook.

This could come through a bridge between iMessage and Facebook’s messaging platform. The ability to iMessage Facebook friends you don’t have the phone number of could increase the Apple product’s worth, and give iOS users a way to message with their Android-toting friends. 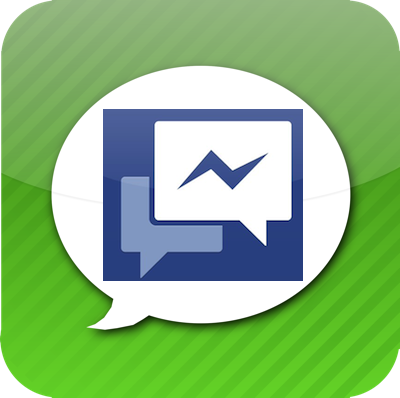 Meanwhile, Google may lose this war outright. The day it started building Google+ rather than partnering with Facebook, it may have bitterly resigned to losing both the war for identity and the war for messaging. It will have to try to win the post-PC mobile war without owning messaging, which could be difficult. Now more than ever, Google Glass and self-driving cars are looking like the company’s future. The wars for wearable computing, and especially artificial intelligence are still Google’s to win.

Mark Zuckerberg probably calculated the risk of Facebook’s aggressive change to visible contact info, and assumed his site could swallow lost trust from a few million angry tech news readers. It’s still THE social network, and a few days of complaints won’t change that. This isn’t friendly competition. It’s the war for messaging, and wars have casualties.