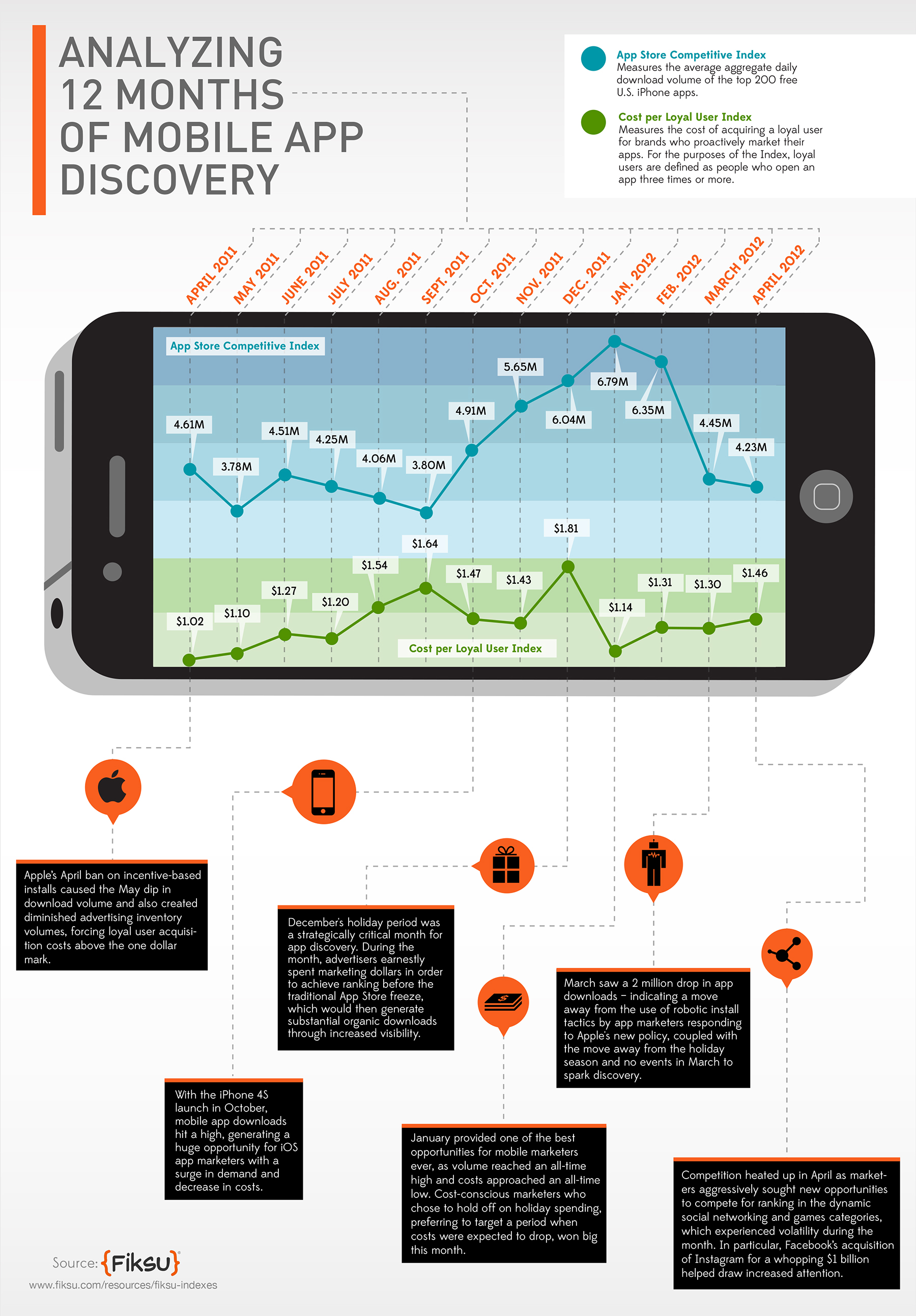 The cost to acquire users for mobile apps declined last month as ad networks and other channels scrambled to find a replacement for UDIDs, according to Fiksu.

Unique device ID numbers were a way that Apple used to tag users by their devices. This was a foolproof method to make sure networks were targeting the same users as they moved from app to app, but it raised privacy concerns because UDIDs couldn’t be cleared from a device. Apple said they would deprecate them and didn’t unveil a replacement until earlier this month.

What that has meant is that targeting and marketing spending has become far less efficient on mobile platforms over the past few months. Fiksu said the cost to acquire a “loyal user”, or one that opens an app three times, fell to $1.26 in May, from $1.46 the previous month. Anecdotally, app marketers also tell me it’s just much harder to effectively get downloads from multiple networks right now.

At the same time, the number of downloads for the top 200 free U.S. iPhone apps rose to 4.54 million daily downloads in May, from 4.23 million in April.

“Amid concern around Apple’s speculated deprecation of UDID, compounded by a host of confusing alternative UDID-less tracking technologies, we observed inertia,” said Fiksu’s CEO Micah Adler. “It appears that brands’ caution may have contributed to the dip in acquisition costs.”

This may change back later this fall with iOS6. Apple said it is allowing new unique identifiers for advertising, that will help marketers target but also give users privacy, since they can clear these ID numbers from their devices.