On the 25th of June, our dearest Alexia Tsotsis had an incredibly rough day.

First, her car was looted by very bad people in San Francisco, who stole her laptop and a pair of excellent Bose headphones that were near and dear to her heart. And as if that wasn’t enough, her car then got smashed by someone running a red light, totaling her vehicle and leaving her in quite a bit of pain.

Between whoever stole my laptop and the guy who just ran a red light and totaled my beloved car, really not so happy with humans right now.

When fellow TechCrunch sharks heard the news, we knew we had to do something to help out one of our fearless leaders, and so our very own Ryan Lawler stepped up to the plate with a suggestion to buy some new headphones for Alexia. “Knowing that we can’t replace the sentimental value, I was thinking we could maybe (at least) help replace the item that was taken.”

After a little back and forth, the team settled on an app to help us accomplish the task at hand (we at TC need an app for everything), and that’s where CrowdTilt enters the mix. 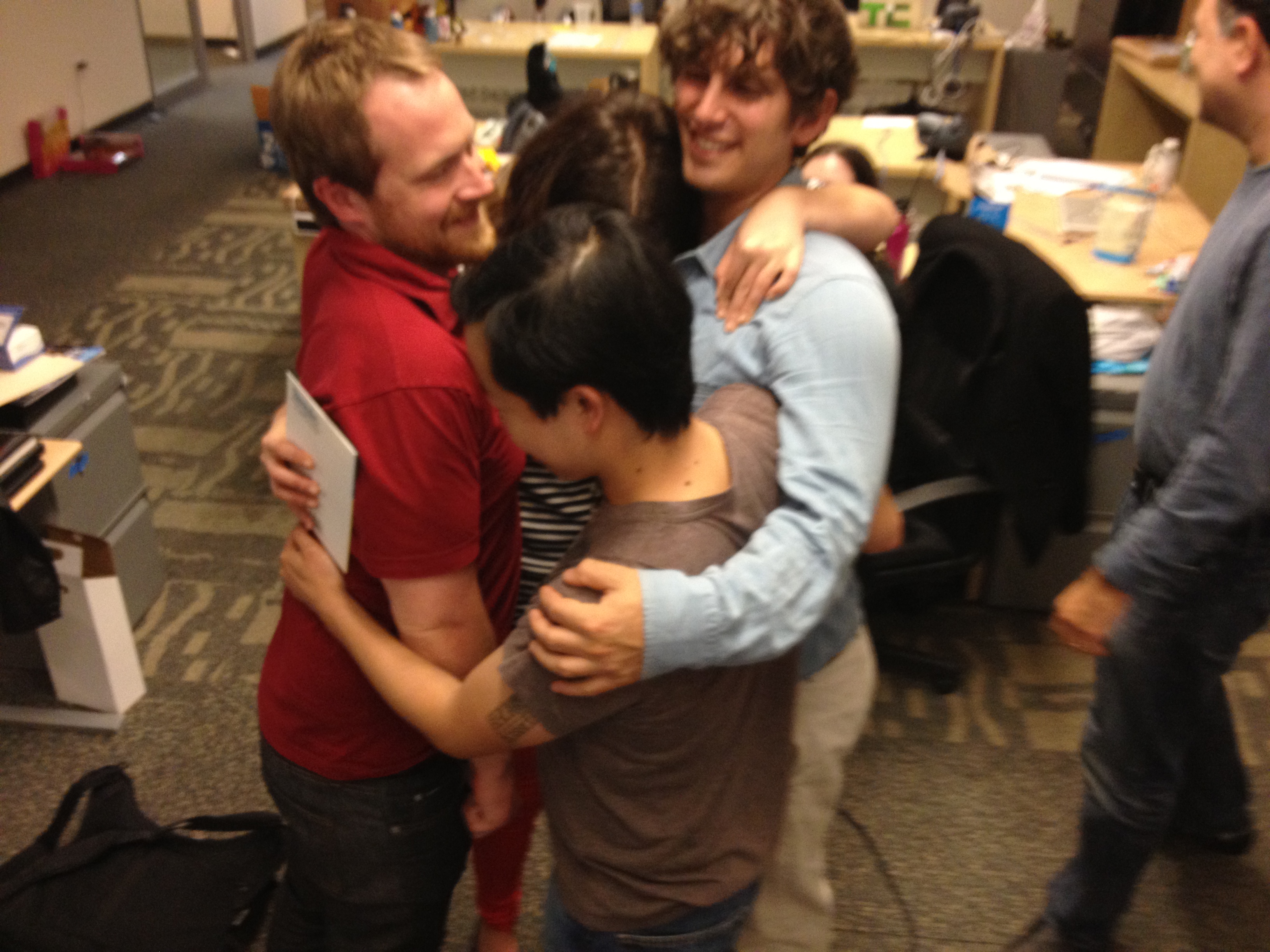 CrowdTilt is an online platform that allows anyone to start a group-funding campaign, which is different from crowd-funding. (Rip covered their launch in February.) According to CrowdTilt, group-funding is where a group of people give money to fund an objective where the entire group benefits, whereas crowd-funding lets the general public fund an individual’s goal or objective.

There are a few small caveats to the service, including a required Facebook login for campaign starters and U.S.-only availability at the moment. For Ryan, our own campaign starter, signing up with Facebook is no big deal. We’re hyper-connected.

But for someone who doesn’t want to access third-party apps through Facebook (and there are quite a few people like this in the world), this may be a road block. CrowdTilt explains on its FAQ that the Facebook log-in for campaign starters is meant to make other contributors aware of who they’re giving money to, which is noble for sure, but not always convenient for the campaign starter.

Another issue we had was the lack of international availability. Sure, every startup needs time to scale, but our poor Ingrid Lunden and Mike Butcher had to contribute via PayPal, as their UK billing addresses weren’t accepted.

If your eye can spy in the image below, founder James Beshara joined us to make his own contribution to the campaign. He was also nice enough to manually close the campaign for us when Facebook Connect was acting up on Wednesday. So Alexia, when you sit down to write everyone a thank you card (likely with another app), make sure to include James.