Over 80 percent of people seek health-related information online, on everything from insurance to help diagnosing aches and pains. As the world goes mobile, so too does health. Instead of using Google for your health queries or perusing WebMD, HealthTap launched last year to give people a way to connect with doctors in realtime via their mobile devices.

Today, the startup is announcing a significant update to their interactive mobile health network, including a suite of new apps for the iPhone, iPad, Android and the Web, and a revamped, cleaner UI.

Since launching last year, HealthTap has built a network of 12,000 U.S.-licensed physicians — no easy task — to allow its users to get answers to medical questions for free without relying on algorithms — and has raised $14 million from Mayfield Fund, Mohr Davidow Ventures, Eric Schmidt’s Innovation Endeavors, Esther Dyson, and more. With its new mobile apps, HealthTap is essentially trying to bring the house call back to life, giving users the option to text doctors from their mobile devices for free.

Founded by Ron Gutman, who previously founded health information portal Wellsphere, HealthTap offers a directory of over one million doctors, which includes transparent doctor-to-doctor ratings by way of its so-called “DocScore.” The ranking system is basically the medical equivalent of a FICO score, incorporating both publicly available data and peer reviews from other doctors. It also gives doctors the opportunity to rank each other based on their expertise in specific fields or procedures. 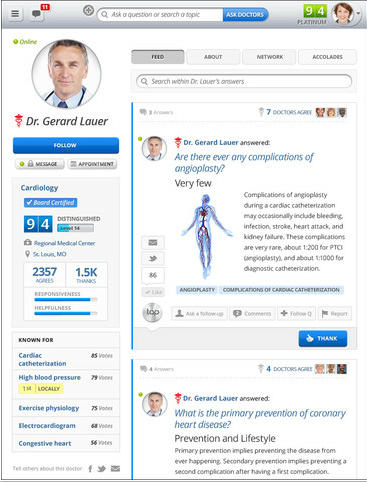 The other nifty feature is the ability to not only ask questions but make in-person appointments from your phone via direct messaging or or calls. HealthTap shows users which doctors are available (via a green dot), whereupon they can send HIPAA-compliant texts with the option to include images, health records, test results, etc.

Sending that initial text message costs about $10, with follow-up messaging at $5 a pop after one freebie. It’s admittedly far more expensive than your average SMS conversation, but compared to the cost of the average office visit (and the typical lengthy wait time to make those appointments), the convenience of realtime, mobile messaging and virtual appointments is more-than-a-little appealing. Plus, HealthTap archives those conversations and virtual in-person meetings along with giving you the ability to store your health records.

There are a number of startups trying to give people better access to health information on the web and telehealth, too, is growing fast. HealthTap is really trying to focus on educating the average user through informational Q&As, rather than giving doctors a virtual practice, which gives it the ability to avoid the kind of regulations and constraints it would have were doctors using HealthTap to write prescriptions, for example.

It’s a pretty comprehensive mobile platform for health education and it offers doctors an easy way to build their online presence and reputation, while giving developers the chance to tap into a whole mess of health content and data. 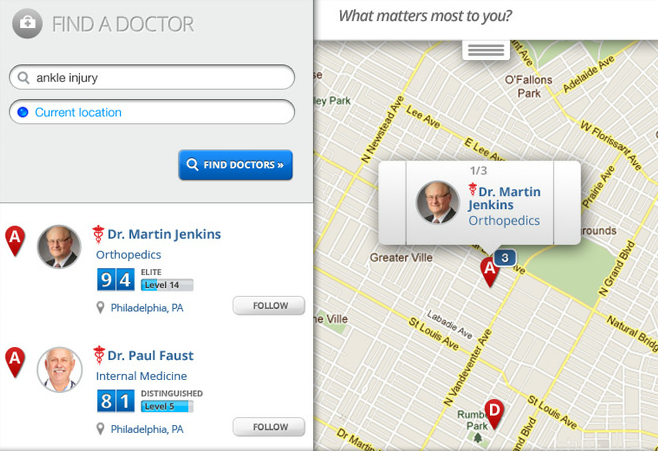