Google just announced that its Chromebooks will hit 100 Best Buy stores across the U.S. at its I/O developer conference today, and that’s just the start. The company also announced that it plans to expand this program to include “many more retailers” before the end of the year.

Ever since Google launched its Chromebooks, these browser-centric laptops have remained relative niche products that found some popularity in education (actually, rumor has it that teachers are more excited about Chromebooks than iPads in schools) and some enterprises. Now, though, Google wants to get its Chromebooks into the hands of more users – and especially mainstream users who shop at brick and mortar stores like Best Buy and others.

Google, of course, had already partnered with Best Buy and others before to sell its Chromebooks online. Now, however, it looks like Best Buy has committed to prominently highlighting Google’s laptops in its physical stores. 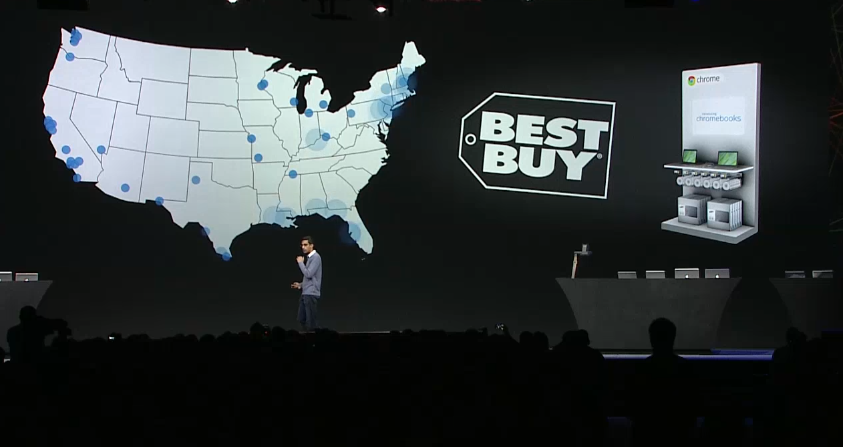