Tourists rave about a city’s well-known restaurants and distort their review averages. So today travel site TripAdvisor starts highlighting beloved eateries from people who live nearby in Local Picks, a Facebook app it’s relaunching. Originally released in 2007 but shut down from 2010 until now, Local Picks pulls in reviews of 850,000 restaurants from TripAdvisor, re-sorts them to more heavily weight the opinions of actual locals, and auto-shares your reviews to your Facebook Timeline.

TripAdvisor hopes to mine the virality bonanza of Facebook Open Graph to beat Yelp, which has yet to implement the auto-sharing feature that’s helped other apps boost growth. In a video interview with the public company’s CEO embedded below, TripAdvisor’s Stephen Kaufer tells me Yelp “doesn’t in my view address the social aspect of where your friends’ favorite restaurants are.” 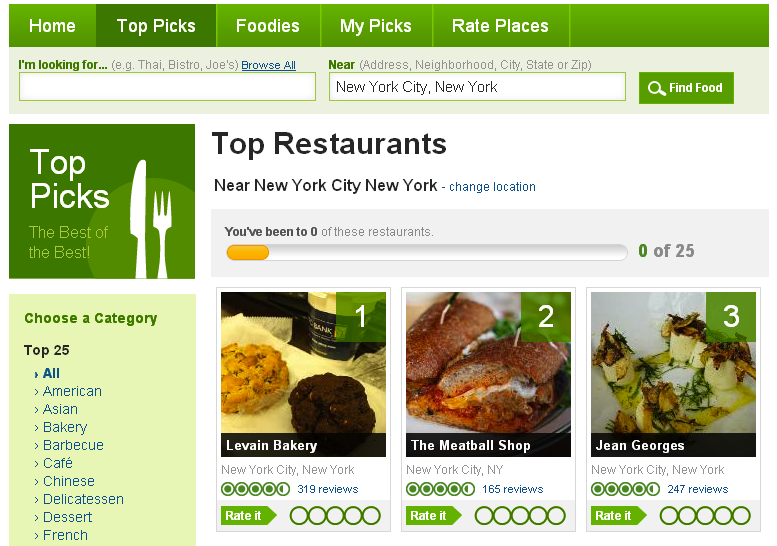 Both TripAdvisor and Yelp are Facebook Instant Personalization partners, allowing the websites to use vistors’ Facebook data and social graph to improve content relevance instantly without a separate authorization. But TripAdvisor’s VP of Global Product Adam Medros tells me “people just don’t what to leave the Facebook chrome to go to another site, and their comfort level with some social elements is different.”

TripAdvisor hopes Local Picks’ algorithm that favors review by people who live near a restaurant will make the Facebook app worth visiting in addition to the main website. In its first three-year run, Local Picks hit nearly one million users, but TripAdvisor shut it down presumably to focus on making its primary website more social. Travel is inherently social after all, judging by the tourist destinations that dominate the list of most checked-in landmarks that Facebook just released.

But with its recent TripAdvisor update featuring friends of friends reviews squared away, it was time to revisit the Facebook canvas and resurrect Local Picks. Today the Facebook app becomes available in English on the web, with more languages and a mobile app coming soon. Medros tells me “Within the chrome, social is 100% natural” so Local Picks, which lives entirely within Facebook, gets people sharing more.

That’s definitely true thanks to Local Picks’ Open Graph Timeline integration which auto-shares when you post a review. That includes its clever onboarding flow that asks you to give a one-to-five star (or bubble in this case) rating and check off your favorite restaurant types. This lets the app show you Mexican restaurants instead of French ones if you’re a burrito lover.

Unfortunately, Local Picks crosses the spam line with an “Invite” button that pre-fills a Facebook request to check out the app with 50 random friends. I grill Kaufer over this in the interview and he says TripAdvisor be watching the data to see if people hate this growth tactic as much as I do. 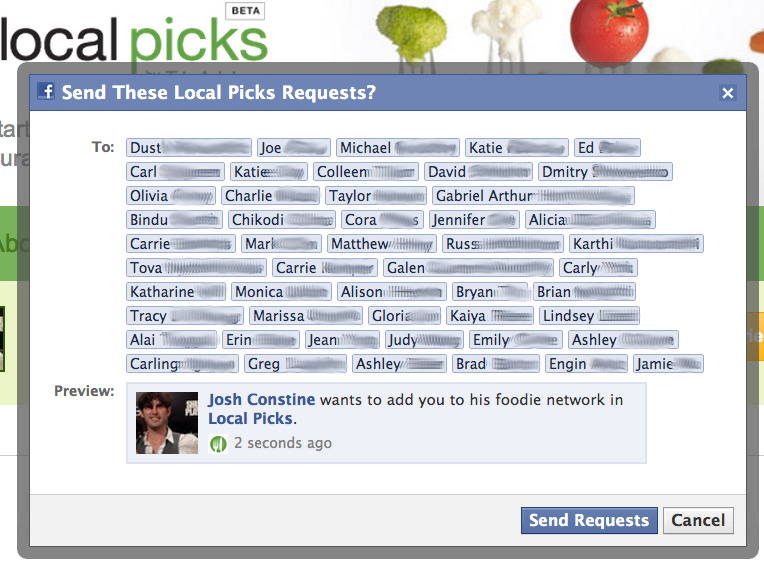 Once you’ve got the app going, though, it’s pretty smart. It surfaced a bunch of interesting looking cafes, delis, and other gems that seemed like my style and that I hadn’t heard of, whereas a similar San Francisco search in Yelp mostly returned stuffy sit-down restaurants. TripAdvisor will also have to go head-to-head with Foursquare which now hinges around friend recommendations of nearby spots.

The app isn’t just a promotion for TripAdvisor. Soon Local Picks will let you grab a reservation through OpenTable or Livebookings, which will also net TripAdvisor a referral fee.

Considering TripAdvisor is publicly traded it’s impressive to see it innovating in social faster than a “startup” like Yelp. [Update 11:40am PST: Though its share price did dip a little right after Local Picks launched this morning and is currently down about 1.8% on the day.] Now it will just have to watch out for becoming too dependent of Facebook, which could quiet down the Open Graph viral channel and send Local Picks into a nose dive. 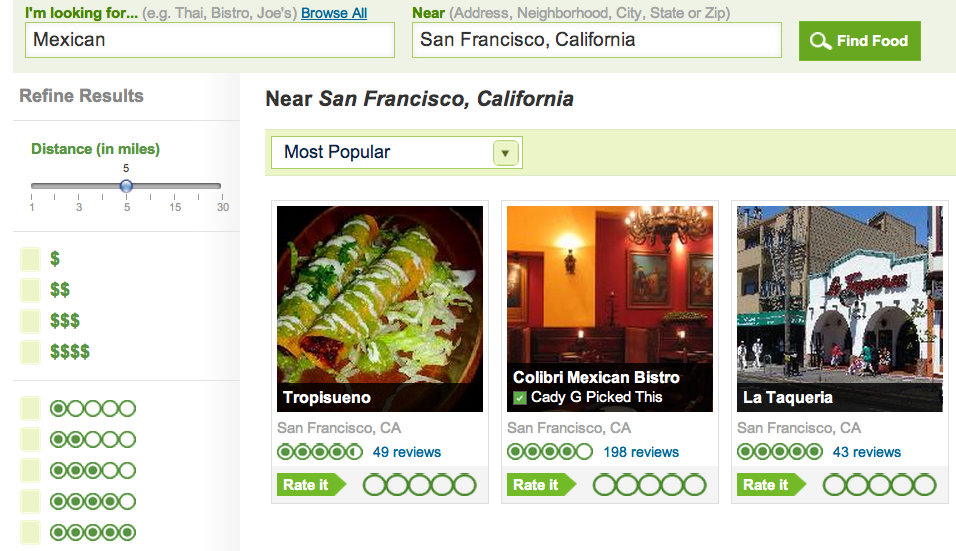 When I asked Kaufer if he expects Facebook to reduce the prominence of auto-shared content, he said “I would expect so. Anytime Facebook looks at the feeds and sees something going wild, they clamp down on it. ” But unlike other social companies that have had their IPO hopes dimmed by the lackluster Facebook debut, Kaufer’s company is already public and its financials are secure thanks to referral fees from airlines, hotels, and restaurant reservation bookings. “We’re a very social company founded on user generated content, but we also make a lot of money.”

Check out my interview with TripAdvisor CEO Stephen Kaufer where grill him about how spammy is too spammy, whether Yelp is social enough, and why the Local Picks algorithm makes it worth visiting in addition to TripAdvisor: