During their lengthy careers at Google in both senior technical and product management roles, Maneesh Arora and Amit Sangani were able to geek out on products like AdSense, AdWords, and the now-defunct Google Health. Arora tells us that, while his time at Google was defined by smart people and ambitious ideas like these, in development there was often a tendency to “over engineer” without thinking about “the average user.” He said that, while Google employees always had Gchat open and used Google Voice (or Wave while it was still alive), none of these products were able to effectively address the true value prop of communication tools for a mainstream audience: Syncing. Especially when it comes to texting.

Arora says simply, “To me, it makes no sense that I have to have my phone in front of me to communicate … If I leave it in another room, or in the car, or at home, I essentially have to retrieve it to see who’s calling or to receive incoming texts.” So, Arora and Sangani set out on a mission to give Android users the ability to view and reply to text messages no matter what device they happened to be using. After several months of beta testing, the pair are today officially launching MightyText — an app that aims to give Android users their own version of Apple’s iMessage.

After launching as Texty in March 2011, the startup rebranded as MightyText in June. Since then, it’s been more or less in beta and available solely as a Chrome extension. However, the Chrome extension has found some very solid early adoption, attracting over 250K users, who were sending more than 2 million messages every day. What’s more, Arora says that at the current run rate they are on target to hit one billion messages. 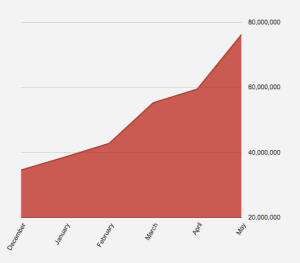 But, as a Chrome extension, MightyText had a fairly limited use case, so today, the co-founders are launching their new web app, which lets any Android user send and receive SMSes from virtually any device. While the co-founders have been describing their apps as “Gmail meets iMessage,” Arora thinks that MightyText has the potential to be more “open” and powerful than iMessage, which really only works between Apple users. Instead, MightyText lets Android users sent text to anyone they would normally text, whether they be on Android, iPhone, Blackberry, or even a feature phone.

So, in allowing users to SMS, MMS and make calls anytime, and from anywhere, it’s not hard to see the initial value prop for MightyText. But what’s important to note is that the app syncs with your existing Android number, which means you don’t have to get a new one — unlike Google Voice. (Huzzah!) And since MightyText lives in the cloud (and in your browser), it organizes all your texts, picture messages and calls, allowing you to search and store them securely for as long as needed. Much in the same way that Gmail (et al) organizes (using the term loosely), categorizes, and allows you to search through you email.

Because it hooks into your cell number and is essentially allowing you remote access to your phone from any device, the upside for MightyText is that it doesn’t have to take on any of the costs of SMS itself, which can be a big burden for SMS apps.

The other side of this, Arora says, is a benefit for the umpteen different carriers using Android. If users send text messages in third-party apps, by way of data or WiFi, carriers don’t get to make money on your SMSes, but, because MightyText keeps messaging confined to their network, these companies are likely going to be more inclined to partner with the startup down the road. (Especially if an API shows up down the road, hint, hint.)

The other thing to consider, Arora tells us, is that there are about 300 million Android devices in use today, which are collectively sending over seven trillion SMSes per year. While people are increasingly spending time on their computers and tablets at home and at work, they still can’t send or receive SMS on those devices.

But, with MightyText, users don’t have to change their behavior or get their friends to install the app to get value. They can just text from their phone as they normally would, with the added benefit of being able to push those messages to any computer, tablet, or phone — in the U.S. or international.

The other use case here that one might not pick out initially both shows the value of MightyText’s app and is just hilarious. Employers and teachers, to name a few, may not be excited to hear this, but Arora says that they’ve received scores of emails and messages from students and employees thanking them for finally building an app that allows them to text from their computer. Why? Well, generally speaking, it’s not a good idea to be found — while in class or in a meeting at the office — hovered over your phone, texting away like you don’t have a care in the world.

But, because MightyText allows you to use your own Android number to text from your laptop or iPad (and how many Android users do you know who also own an iPad?), your subterfuge is much more likely to go unnoticed. In fact, Arora even showed me a message to the team from a lawyer, who said that, thanks to MightyText, he was able to sit in court(!) and text plea negotiations back and forth with the prosecutor without taking out his phone or drawing the ire of the judge. Now that’s utility! (If it turns out that an unintended consequence of MightyText is the acceleration of the legal process, it’s going to be difficult to attach a price tag to MightyText that doesn’t involve the word “billions.” Not to mention that the startup will also be hearing from my lawyers. But in a good way.)

So, when Apple brings iMessage — and this same kind of functionality — to Macs this summer, Android users might otherwise have had to suffer silently as their friends gloated over cross-Apple-device messaging and gleefully asked Siri how to tie their shoes from their iPads. But, thankfully, MightyText gives Android users a come-back, which we all know they’ve been trying out in the TechCrunch comment section for months. 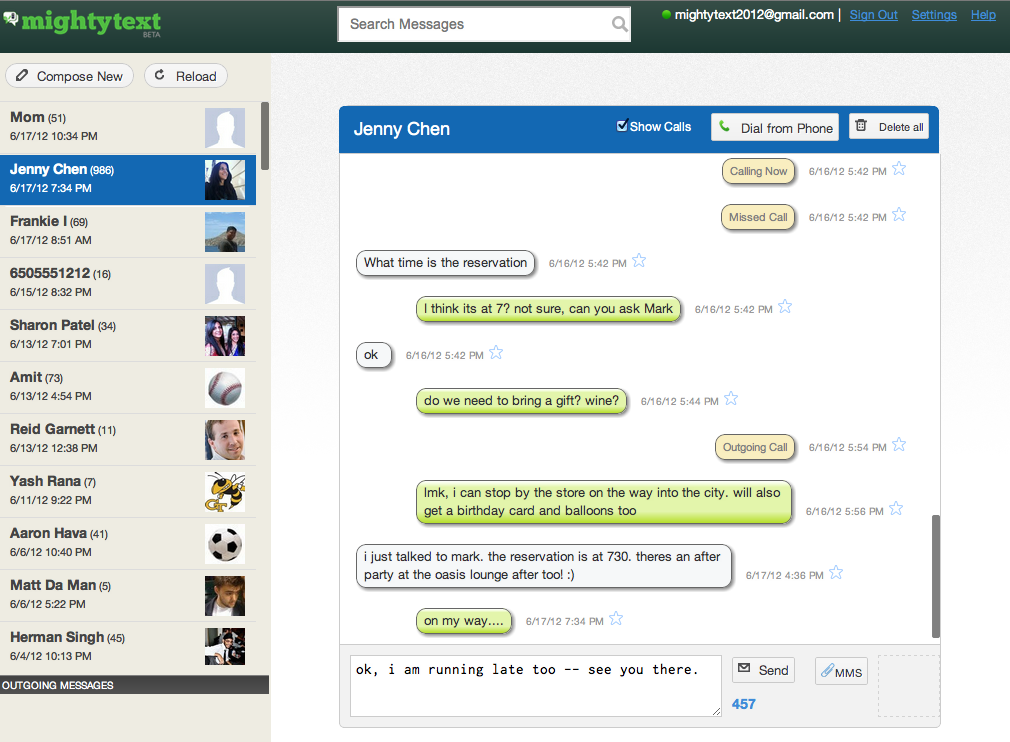