The Cisco Networking Academy is the largest education program in the world you’ve probably never heard of. The Academy, which is Cisco System’s largest and longest-running corporate responsibility program, partners with over 10,000 universities, community colleges, and high schools to teach students networking and ICT skills, preparing them for jobs and higher ed programs in engineering, computer science, and related fields.

More than one million students currently participate in Cisco’s Academies, which operate in colleges and universities across 165 countries and 17 languages. Today, Cisco is announcing that it has awarded Instructure with a multi-year contract to use the startup’s flagship open-source LMS product, Canvas as its learning platform.

For Cisco, Instructure will help it move its global classroom and online IT courses to the cloud, with the additional benefit of Canvas’ open platform that integrates easily with other technologies and web services and provides simplified tools for grading and assessment.

For Instructure, a startup that’s not yet 18 months old, this is a big win, as its Neworking Academy represents one of the biggest education platforms in the world and will help scale Canvas as a platform significantly, allowing it to reach students across the globe.

As a little background for those unfamiliar with the startup: Back in January of 2011, Mozy founder Josh Coates launched Instructure with the goal of disrupting the Learning Management System (LMS) market. Even if the “LMS market” sounds foreign, you’re likely familiar with the market’s ubiquitous and unpopular giants, Blackboard and Moodle, which have long been the bane of disorganized college students everywhere.

When we last checked in with the startup in April of last year, it had just closed an $8 million series B round from a host of notable investors, including OpenView Venture Partners, Epic Ventures and TomorrowVentures (bringing its total investment to $9M).

And now it will be built into Cisco’s Academy, adding the network’s one million students to its growing user base, while delivering a 21st-century education to students who might not otherwise have the resources or cash to enroll in IT and computer science courses.

Although Coates wouldn’t reveal Instructure’s revenues, he did say that, while there’s been a lot of interest in contributing to the startup’s Series C round, the board has chosen not to pursue any further funding for the time being. Apparently, it’s got plenty of reserves in the tank, and having secured this multiyear contract with Cisco, it wouldn’t be surprising to see its expansion continue. 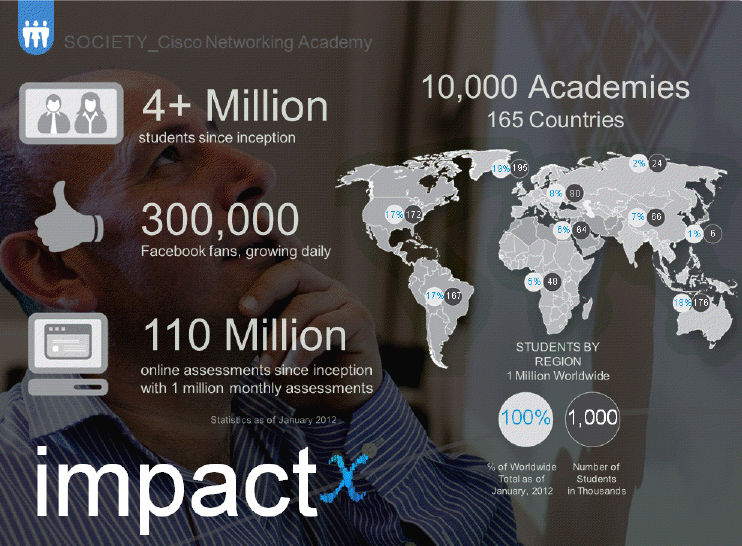