SoundCloud just revealed itself as an expanded tweets partner. SoundCloud’s HTML5 widget will show up in tweets that contain a SoundCloud url.

It’s significant for Soundcloud, since most of the other partners announced today were content partners like the NY Times, Wall Street Journal rather than media platform like Soundcloud. So far only images and video partners were announced as WWE, BuzzFeed, and TMZ on the image side, and BET, Lifetime, and Dailymotion for video. 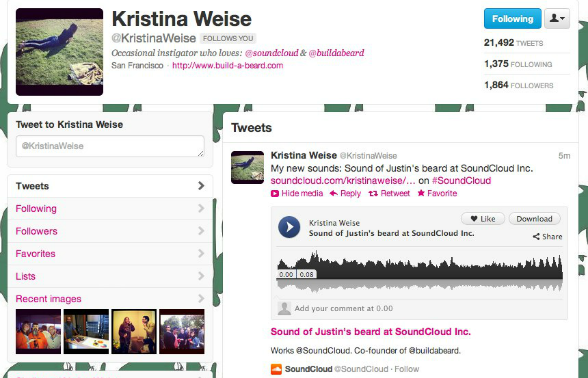 Expanded news-based Tweets show a preview of the headline and introduction, as well as the Twitter accounts of the publisher and writer.