Snapchat hopes to outgrow its bad rap as a sexting app, but first it’s outgrowing the Stanford dorm room where it started. Today it announced it has hired a community manager and two engineers, and has now been used to share 110 million photos that each disappear after a set time limit.

Now its shooting to release a big iOS update by the end of June that will include “password recovery, bug fixes, a faster camera and drawing”. And to appease its younger core demographic who might not be able to afford iPhones, it’s building out an Android version. 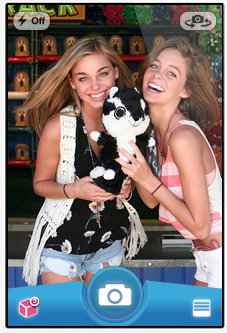 Snapchat burst into the tech scene’s consciousness last month thanks to a New York Times article. But that piece framed its ability to let a photo’s sender select to have their picture disappear seconds after being received as being primarily for sending nude photos. 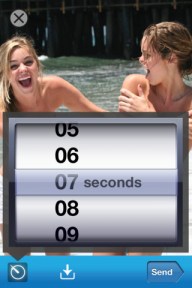 However, co-founder Evan Speigel refuses to be pigeon-holed. He told TechCrunch “I’m not convinced that the whole sexting thing is as big as the media makes it out to be. I just don’t know people who do that. It doesn’t seem that fun when you can have real sex.” With $485,000 in seed funding and a growing team, Snapchat is determined to graduate into a real business.

I spoke with Spiegel recently and he was skeptical about multi-faceted web-first social networks getting mobile right for the next generation. You’ll notice Snapchat’s blog post didn’t mention a huge set of additional features. The one new thing will be the option to draw on photos before you send them.

Rather than get bloated, Snapchat plans to keep the experience quick and concise, and hold true to its mission to be “the fastest way to share a moment.”

Snapchat is currently available for iOS