Meebo has been around in Silicon Valley for seven years, starting off with a site that let users chat with each other across different instant message services — then becoming a social toolbar, and ad platform and much more. Now it’s joining its Mountain View neighbor to the east, Google.

[Update: See our followup post for more info — we’ve confirmed the amount, the focus of the product team within Google, and the sales and marketing layoffs.]

The company confirmed the sale today in a post on the company blog, after we reached out due to a tip.

We are happy to announce that Meebo has entered into an agreement to be acquired by Google!

For more than seven years we’ve been helping publishers find deeper relationships with their users and to make their sites more social and engaging. Together with Google, we’re super jazzed to roll up our sleeves and get cracking on even bigger and better ways to help users and website owners alike.

We’ve had a blast building Meebo so far and we’re really excited to start the next leg of our journey.

Thank you all for coming along for the ride!
Meebo Team

Meebo’s toolbar, which integrates chat and a variety of sharing features as well as ads, has also become a key way that it’s making money. All told, the site was getting around 100 million total users per month, according to a comScore report from last December. At that point, the company had just launched a new home site featuring a competitive sharing tool. 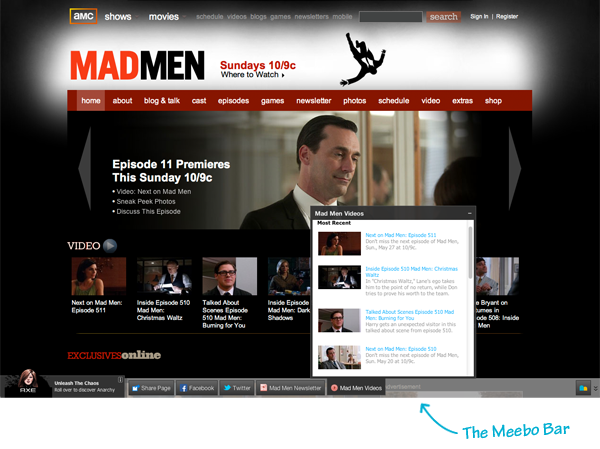