If you’re following Foursquare on Twitter, you’ve probably noticed that the check-in champions have been teasing the release of the “all new Foursquare” app for the last few days, dropping hints that it was coming soon to app stores near you.

Continuing to use the hashtag #allnew4sq, Foursquare last night dropped the news on Twitter that it will be releasing its big new redesign at some point next week. [Photos below.] Now, while that may seem like a ho-hum revelation for some, this is likely to be the culmination of a new direction for Foursquare.

The burning question: what should we do tonight? The #allnew4sq is coming this week! bit.ly/M8UmVa

That is to say, as Foursquare co-founder Dennis Crowley told Ingrid in March, though Foursquare has seen almost 2 billion check-ins and has added over 20 million users since launching in 2009, its users are turning away from the functionality which initially brought the startup so much attention: Check-ins.

Crowley said at the time:

People are using the app, but they’re not checking in … I asked myself: did we break something? But in fact, it’s because people are using Foursquare to look for where their friends are, to find things, and as a recommendation service. It’s almost like it doesn’t occur to them to check in.

Users are checking-in less, as the honeymoon has worn off. While Foursquare has added millions of users, many still don’t quite see the point of telling people where they are at all times. Foursquare leadership recognized this, and what we’re seeing now is a part of an ongoing transition for the company that’s really been brewing since the beginning of last year.

Foursquare looks to be de-emphasizing check-ins and going full-steam ahead, looking for new life as a recommendation engine. Not only that, but it’s been evolving as a more self-contained social network, passive location detection, adding bios to profile pages, a searchable timeline in a new history page, and restaurant recommendations.

Foursquare has been slowly (and sometimes in leaps and bounds) building its data set, learning the habits of its users, all as part of a quest to offer better recommendations, to help them find destinations that they’ll like — and just better explore their worlds. Oh, and check-in when they need to. 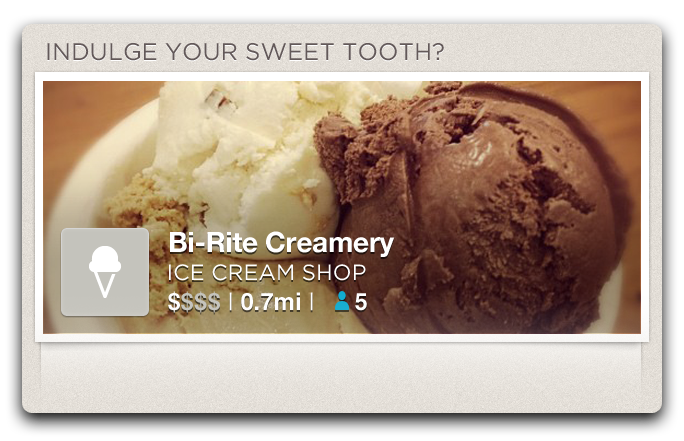 The word “Explore” is becoming a more important part of Foursquare’s lexicon, and as Anthony pointed out earlier this year, the company is increasingly encroaching on Yelp’s territory. (Just as Yelp added check-ins.) It seems to be moving to be a Yelp 2.0 with enhanced map functionality in its new version, allowing users to see what destinations are hot and leveraging its partnerships with sporting venues, concert halls, and movie theaters to make Google Maps more social. 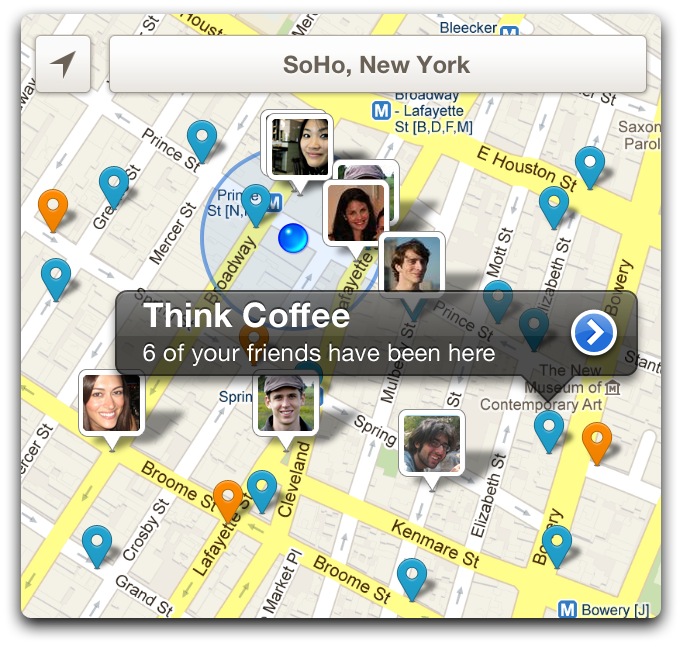 Foursquare has been looking to move beyond the check-in for some time now, and it’s clearly betting that its new redesign will do just that. It remains to be seen if Yelp is losing ground to Foursquare and Google (with Google+ Local) — it’s still operating as at $960 million market cap. But, Foursquare is certainly becoming a more self-contained social network, and a lot of people are finding new reason to use the app now that it offers recommendations through “Explore.”

This could be a big moment for Foursquare, and an opportunity to set itself apart, especially if it has its eyes on an IPO down the road. As Business Insider points out, it may be in a position where it has to significantly improve on Yelp’s user experience if it hopes to outshine Yelp and raise big money along that onramp.

Improving recommendations so that they take your location into account, as well as your interest graph and time of day, along with a map and social experience that competes with Yelp, Foursquare 2.0 could be a whole lot more appealing.

We’ll find out this week.