Editor’s note: Abhi Nemani is Strategy Director at Code for America, which is a nonprofit helping develop public service opportunities for developers, designers, and entrepreneurs. The Code for America Accelerator is providing seed funding, support, and networking for startups interested in working in the civic space.

At TechCrunch Disrupt New York, the White House’s chief geeks — CTO Todd Park and CIO Steve Van Roekel — rang the bell for Silicon Valley to step up and help recode the federal government with their Digital Government Strategy. They hammered home the need for developers to leverage the mountains of open data coming out of the government to create new services and products for consumers.

But you shouldn’t do this just for fun, or even out of a sense of civic duty: you should do it because there’s money there — lots of it.

You hear a lot about government going broke and not having money (which they are and that’s true), but what’s often lost in the debates about budget reduction and spending is the magnitude of the market. First consider the iOS apps market, which developers are always clamoring at: it prices out at roughly $2 Billion annually. Or take the entire video games industry, which includes not only software but hardware too: $16 Billion.

Now back to government. Last year alone, federal, state, and local governments in the United States spent over $140 Billion just on technology. And the kicker is this: the tech sucks.

Here’s a situation that might sound familiar: after slogging through piles of paperwork (none of the forms were available online, so even finding out what information you needed to supply was an ordeal) and trekking back and forth to several different offices at City Hall, you’re finally waiting at the right counter to get a permit to build a new deck. There’s two people in front of you, and you’ve already in line for twenty minutes.

As you wait, you respond to a few emails, find a new restaurant near your office to try for lunch, and check your bank balance. How could it possibly be taking so long to perform a routine government service in a world where you can order sushi delivery from your iPhone in thirty seconds flat?

Through our work at Code for America, we’ve gotten some insight into what’s happening behind the scenes. When you are filing paperwork or reporting an neighborhood issue, here is the kind of software that the people on the other side of the counter are using: 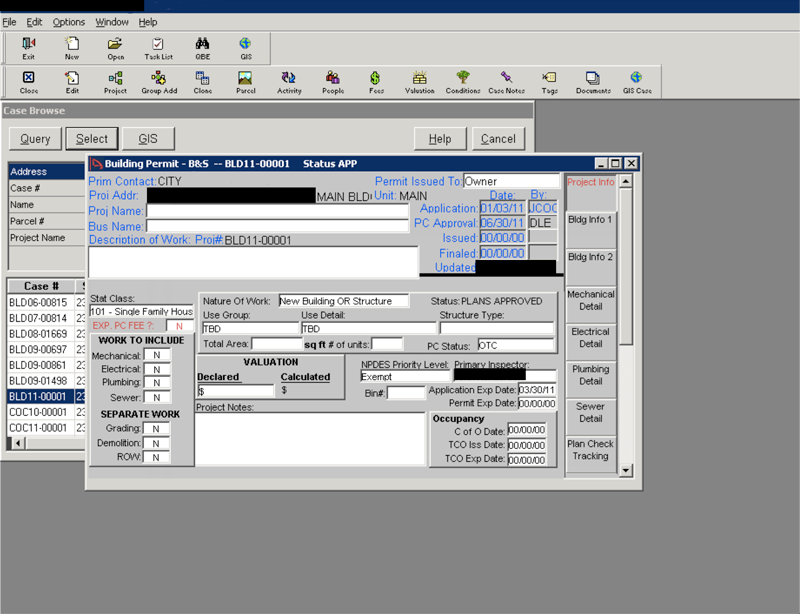 If it looks like it was built twenty years ago, that’s because it probably was. (Sidenote: most of the web apps only run on older versions of IE.)

This is the software that congressional staffers use to log incoming concerns from constituents — which number into the tens of thousands. You can imagine it takes quite a while to fill out one of these forms: 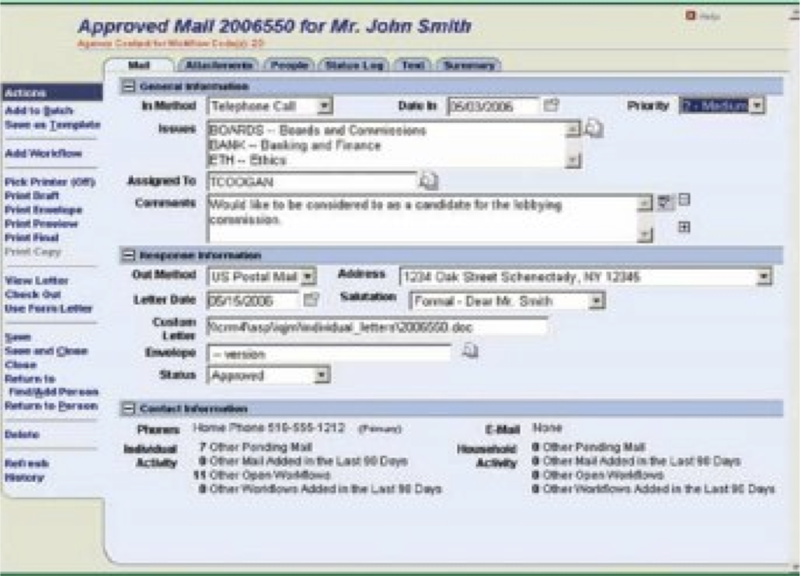 And it doesn’t help when the machines they’re stuck with look like this: 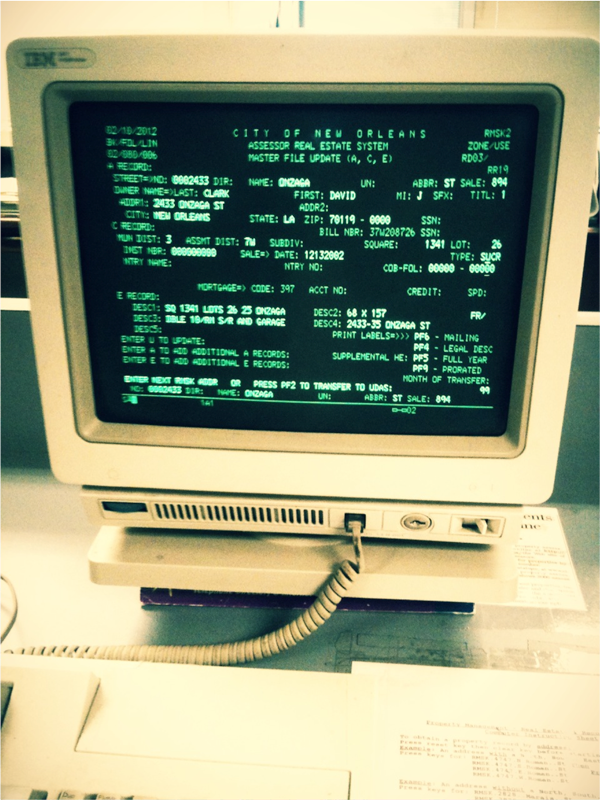 There are deeply-rooted structural issues that have caused this situation: the way government procures software is slow, there’s a bias against risk in government, and sometimes it’s just hard to get things done. But unless smart, creative, entrepreneurial people get excited about the opportunity to bring innovation and disruption the government IT space, there will never be a driving force for change.

That’s why it’s exciting to see leaders like Park and Van Roekel call on the Valley to step up. We’re starting to see it actually happen with the emergence of “civic startups” — and I think it’s just the beginning.

Consider Brightscope. The BrightScope tools allow consumers — and employers — to compare their 401K choices, and learn when they are getting a good deal or when they’re getting ripped off. Or take SeeClickFix, which allows citizens to report neighborhood issues — illegal dumping or sidewalk defects — to local government through their mobile device or computer, saving the city time and money. GovLoop, a social network for government with tens of thousands of users, was acquired, and runs fairly easily on the Ning platform. (Some of this stuff isn’t hard.)

Additionally, more established tech companies are taking the government sector seriously as a major enterprise opportunity. Google Apps and Microsoft are competing for their email and documents, and Box.net and Amazon are vying for their cloud contracts.

But again, this is just the beginning.

We have had the privilege to work inside nearly a dozen cities across the country, and we’ve seen first hand the need for this kind of disruption — in fact, our city contacts are asking for it. Three themes are emerging as opportunity areas for entrepreneurs:

Tim O’Reilly has often called on the web industry to “work on stuff that matters.” As citizens — of the web, and of the government — we have the power bring the same innovation that’s transformed the consumer web to the public sector to create a better, more efficient democracy. But this is not just an chance to do something that matters — it’s also a huge market opportunity.

All the pieces are in place for dramatic disruption in the government IT space. Now it’s up to entrepreneurs to make it happen.