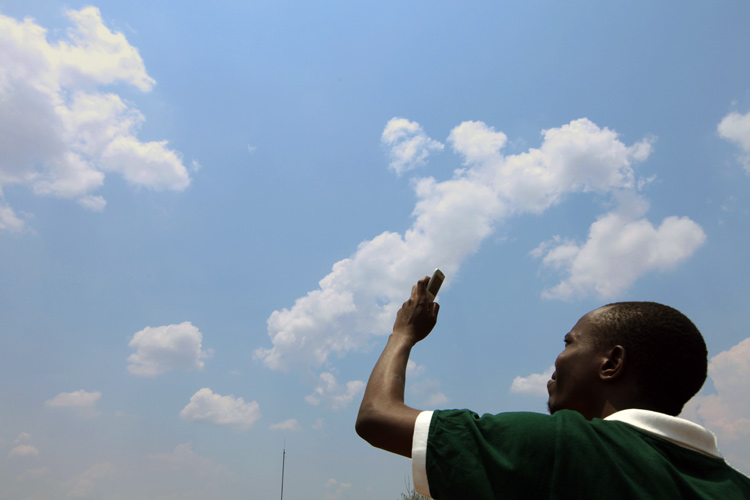 Editor’s note: This guest post is written by Erica Kochi, the co-lead of Tech Innovation at UNICEF. Her team started UNICEF’s open source RapidSMS platform which has been adopted in developing countries worldwide. She co-teaches a class ”Design for Unicef” in NYU’s ITP Program, and has lectured at Harvard, Yale, and Columbia University on leveraging technology and design to improve international development. All these views are her own.

In less than three decades, the mobile phone has gone from being a status symbol to being a ubiquitous technology that facilitates almost every interaction in our daily lives. One month after the world’s population topped 7 billion in October 2011, the GSM Association announced that mobile SIM cards had reached 6 billion. A 2009 study in India illustrated that every 10 percent increase in mobile penetration leads to a 1.2 percent increase in GDP.

Yet patterns of mobile phone use in developing countries are vastly different from what you see on the streets of New York, San Francisco, and Berlin. This is a market underserved by technologists and startups. This is where the majority of future growth lies, and Silicon Valley has yet to realize the huge economic opportunities for network operators, handset developers, and mobile startups. Where are these opportunities?

Developing Countries are Powering the Growth

China and India account for the majority of new mobile connections, and in developing countries mobile saturation hasn’t yet hit and is still experiencing double-digit growth.

This rapid growth most recently driven from the developing world is surprising when you consider that for the average mobile user, procuring the device costs a few months’ salary. Sustaining this connection generates tremendous value and meets many user needs as they continue to invest often over 10 percent of their monthly income in staying connected.

The explosive growth of mobile in developing countries over the past five years is what prompted us at UNICEF to leverage mobile to strengthen our programmes in 190 countries and territories. Many of UNICEF’s programmes now use mobiles for a variety of purposes. One program ensures that infants are tested for HIV and put on treatment if necessary. Another gathers direct feedback from communities on everything from water sanitation to access to essential medication.

Creativity Despite No Data

For those in Silicon Valley, it’s hard to imagine that 70 percent of all handset shipments are feature phones. Most of these phones go to developing countries. The vast majority of the world, especially in low income and rural areas, is still living the mobile revolution through the constraints of voice, SMS and asynchronous connection.

These connectivity constraints fuel tremendous creativity. For many communities, simple voice and text connections have brought about revolutions in access to financial, health, agricultural and education services and opportunities for employment.  For example, many farmers in rural areas in Africa and Asia use SMS services to to find out the daily prices of prices of agricultural commodities. This information allows them to improve their bargaining position when taking their goods to market, and also allows them to switch between end markets.

Another successful example in this space is UNICEF’s RapidSMS initiative: a scalable SMS-based open-source framework for dynamic data collection, logistics coordination and communication. UNICEF currently supports governments across six countries in Sub-Saharan Africa and over 200,000 RapidSMS users in some of the most underserved and rural communities. Frontline health workers who each serve hundreds of women and children make up many of these users. Success in this space is quantified by time, money and lives saved. It is widely used by governments and the international development community, and has also taken off in business communities. For example, in Ghana, a local entrepreneur uses RapidSMS to monitor the sales of cook stoves around the country. 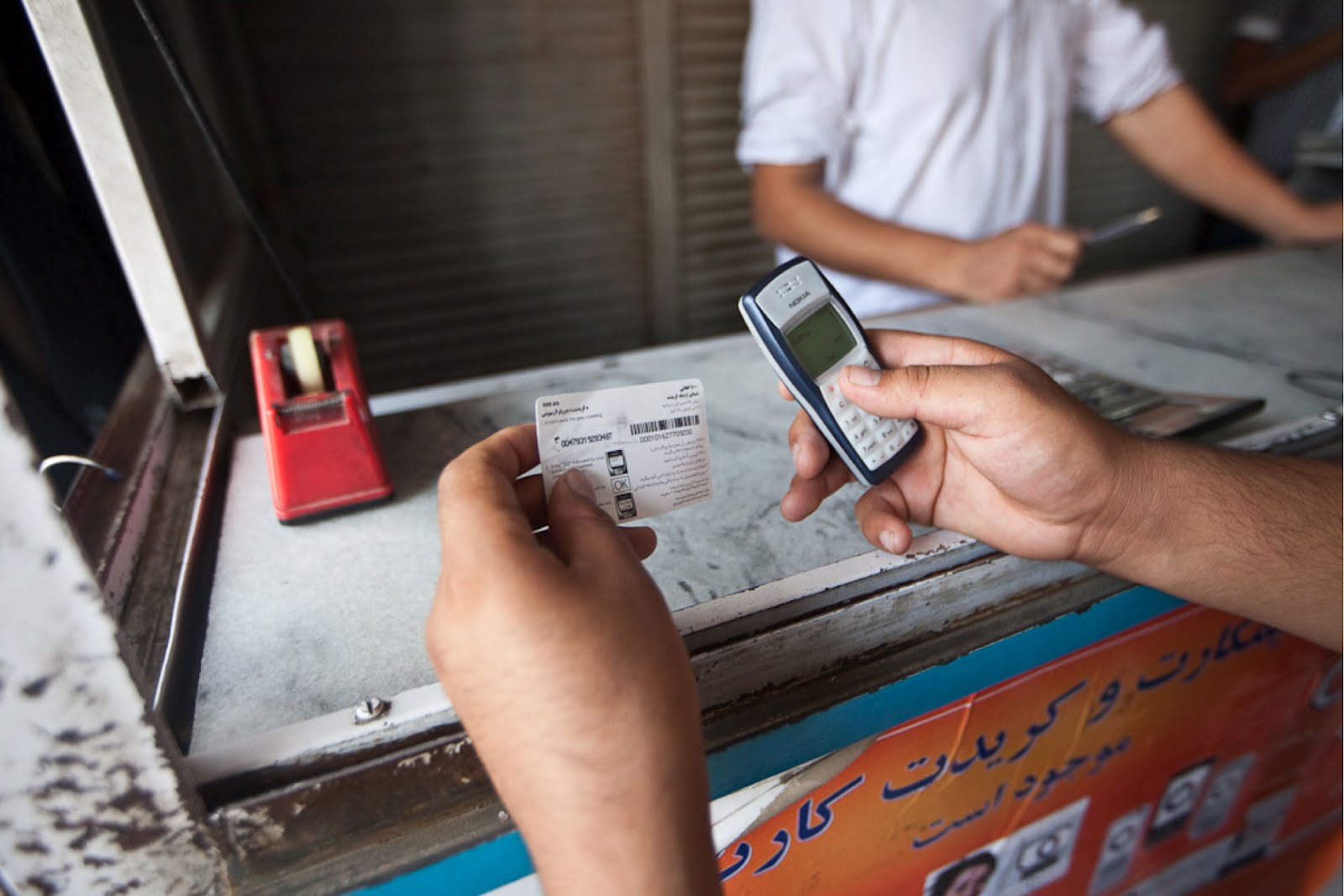 In many countries where the majority of people are unbanked, airtime has become another form of currency. Imagine you need to get a small amount of money to your sister who lives in a village that’s ten hours drive away. The easiest way for you to do that is to buy some airtime, but instead of topping up your own prepaid mobile service you top up hers. For a small fee, she can now go and cash out this airtime with an agent that sells airtime.

M-PESA, a project out of Kenya that was initially set up to distribute micro-loans to and collect payments from the poorest rural communities of Kenya, has now become a large-scale multi-country mobile cash transfer system run by Safaricom in East Africa and Roshan in Afghanistan.

For many governments mobile money is a conundrum. They like that their citizens can access financial services that could significantly improve their lives. On the flip side, it can mean that mobile network operators and other mobile money service providers now operate and benefit from the revenue that normally would go to the central bank?

Challenges remain. The price points of using these services are still out of reach for the poorest communities. There are often too few agents to cash out airtime. People often don’t understand or trust non-traditional forms of financial services.

Yet this creates a huge business opportunity. Even with all the network operators in this space, there are possibilities for a multitude of services that leverage mobile payments. To be able to successfully develop in this space, we need to better examine how people interact with money across the world and build applications that are flexible enough to be customized and be relevant to different cultural patterns.

In San Francisco you might pay your cab driver through his Square reader, but in Nairobi you’ll send him some airtime.

A Phone for the Developing World

iPhones don’t stand a chance due to their inflexibility and high price points. As it stands, the operating system for the developing world smartphone will be Android. However, even the flagship Samsung Galaxy Nexus isn’t the ideal phone. The ideal smartphone will be:

1. Cheap. Last year, Huawei in partnership with Safaricom unveiled an $80 Android phone in Kenya where 40 percent of the population lives on less than $2 a day. At this year’s Mobile World Congress the CEO’s of Bharti Airtel, Telefonica Latin America and VimpelCom came out together and stated that $50 is the magic price point for smartphones to become more widely affordable in emerging economies.

2. Rugged and simple. The Nokia 1100 series is the most popular phone in the world. It is dust proof, water resistant, rugged, has a simple menu system, few separate parts and has a flashlight. Every town across the developing world has a local repair shop with spare parts for simple Nokias. When I travel to the developing world, I rely on my trusty Nokia 1100, not my iPhone. Smartphones are delicate creatures that don’t stand up to the daily wear and tear of people’s lives.

3. Battery life of a week. Recharging your phone every night is not an option if you live in a rural village without electricity. At one of UNICEF’s projects in rural Senegal, I encountered a village entrepreneur who started a business where he would collect everyone’s cell phones and for a small fee, bike to an electrified village a few hours away, then bike back with phones at full charge.

People in these countries spend a lot of money to keep their phones charged. Developing a phone whose battery lasts for a week would unlock smartphones to a large market segment. 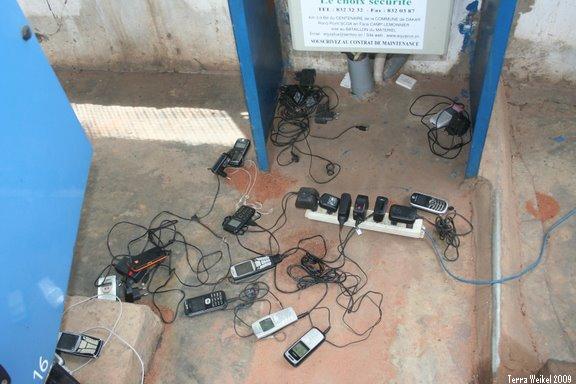 Apps Optimized for Data Use

Data is as expensive in developing as in developed countries. Data is unlikely to fall in price as quickly as smartphones, so even when handsets get cheap enough for an average user in a developing country, they still won’t be able to afford run many of the apps that make up the smartphone experience. There will be demand for apps – be it banking, weather, chat, social, and market information – but for them to take off it’s crucial that they use as little bandwidth as possible. One feature to emulate is Android’s Data Usage screen which allows you to set limits for data usage and makes it clear how much data you’ve used.

The continued double digit growth of mobile in developing countries represents a tremendous business opportunity. While companies in Silicon Valley fight over trying to develop the top app in a certain category, huge untapped potential still remains in the developing world. Working in this space will require businesses to be able to think through the design of their applications from a different viewpoint. Their end users will have different motivations, experiences, needs and constraints. While handset manufacturers will need to build a phone whose battery lasts, app developers will need to build appropriate apps that use little bandwidth.