TinyTap is a new iPad application designed for kids which introduces a different angle on the “record-your-own-voice” storybooks craze, by offering a playable book or game you and your kids can customize with your own photos, camera shots, music, narration, and more. The resulting creations can then be shared with family and friends. And, for a little inspiration, the built-in TinyTap store offers a collection of pre-made games which kids can customize with their own voice and actions.

The app is targeted at 4+ and up, so I couldn’t really enlist my in-house kid app beta tester (aka my 2-year old kid) to give it a rundown. But in testing it myself, I have to admit that I’m not 100% convinced they’ve nailed it on the user interface. For example, some of things you can add to your story, like photos and questions, are centered as thumbnails within the application’s design dashboard. Meanwhile, the add music option is oddly hovering above next to another add photo button, the sharing option and an edit button. It’s a layout that doesn’t quite make sense. 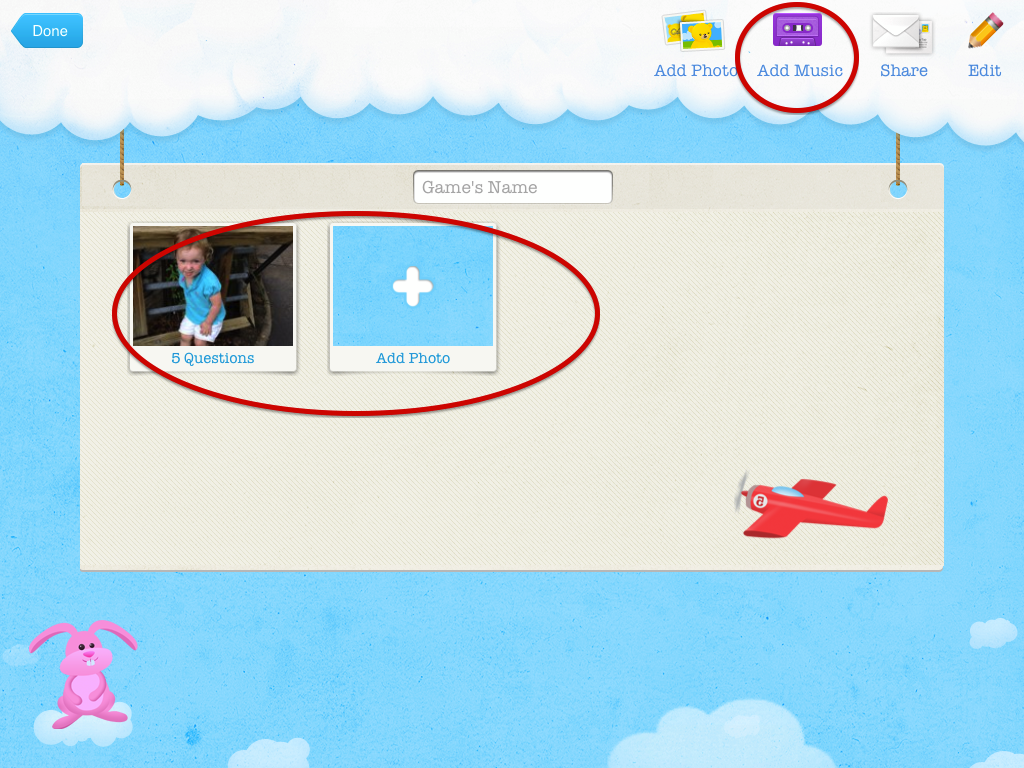 That’s too bad because if TinyTap’s workflow was more streamlined and simplified, it would be easier for them to add additional elements to the story/game design process.

That being said, TinyTap is still a lot better than much of the kids’ apps crapware out there in the iTunes App Store. And it’s hard not to fall in love with the concept at the very least. Instead of burning up brain cells with the mind-numbing games out there, TinyTap enables kids to become game creators, not just players. 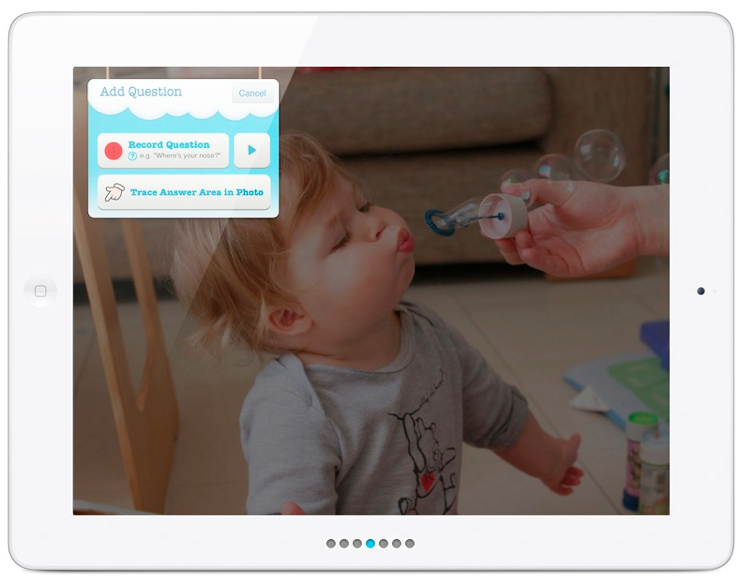 The idea immediately reminded me of Kodu, Microsoft’s visual programming language for kids, which allows them to create PC and Xbox games – and more importantly, helps them to start thinking like a programmer. But Kodu is not only for different types of platforms, it’s for a slightly older child, too.

The bigger concept with TinyTap is that it could potentially become an entry-level tool for game development, which starts kids young, allowing them to wrap their little minds around the “if/then/else” concepts that go into process of game creation. The building blocks are already there: e.g., if you touch the nose in the picture when asked, you’re right and can go to the next question, but if you get it wrong, the game says “try again.”

There are a ton of DIY app building tools for adults, so it’s great to see someone thinking about building a platform for kids, too.

TinyTap is an Israeli-based company, co-founded in January 2012 by UX designers Yogev Shelly (formerly of Rounds.com) and another (who can’t disclose his name right now, as he’s still employed elsewhere). The team is based in Tel-Aviv and is currently looking to raise.

The app is a free download in iTunes here.