We all hate conference calls — having to dial in, manually enter a room code and sometimes having to enter a passcode on top of that. Once you’ve actually logged in, there’s a whole lot of talking on top of one another, and a lot of re-introducing yourself so that everyone knows who’s talking at any given time. UberConference, which was created by Firespotter Labs and is being launched as part of the Startup Battlefield at TechCrunch Disrupt, hopes to fix all that by providing a visual interface to all others on the call.

Audio conferencing is not just a pain in the ass, but it’s also a huge business — a $3 billion business — that’s mostly controlled by big telco providers, such as AT&T and Verizon. By providing an easy-to-use alternative, UberConference hopes to disrupt the existing market.

Rather than entering in a whole bunch of dial-in codes to gain access to a conference, users will be sent an email and text message asking them to join. To log in, they need only dial the conference number, and will be automatically authenticated based on the number that they’re calling from. They can also choose to have the service dial them at the time the conference call is scheduled to start. 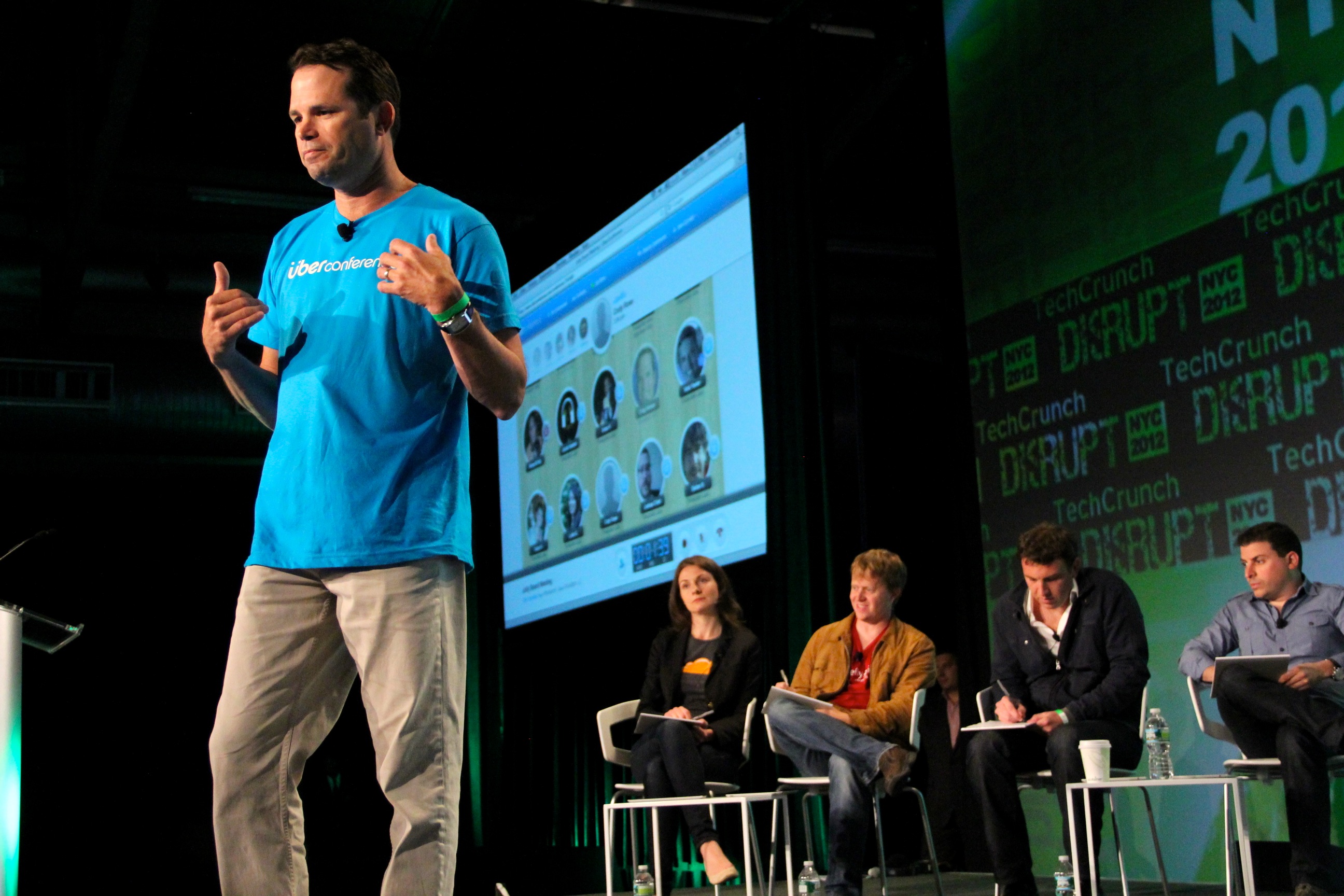 UberConference will let you check out details of everyone who is on the call, through a web browser or iOS app, and will highlight who is talking at any given time. The service provides management tools for the call organizer, which allows him or her to add, drop, or mute callers. While UberConference might not be able to fix the sound quality of calls, it can give users more control to silence disruptive users, Firespotter CEO Craig Walker said during the Q&A section of the Startup Battlefield presentation.

It will also provide everyone detailed information about all attendees, such as their LinkedIn, Facebook, and Twitter info. The Firespotter team hopes to offer UberConference under a freemium model, in which the underlying service will be free, but some advanced features will be available to those who wish to pay for them. That will include the ability to pay for a number, larger conference sizes or maybe transcription. Even with those paid features, UberConference plans to charge significantly less than existing service providers.