Following a jam-packed beta test and a jaw-dropping $4.2 million seed round, Ark people search is open for sign ups…at least for the next three days. Ark lets you sift through profiles on Facebook, Google, Twitter, and other services to help you find out which of your high school classmates live in New York, see which friends are single, and connect with strangers who share your interests by layering up to 30 characteristic filters.

The problem of too much social data and too little discoverability is so widespread that Facebook even discussed a possible acquisition of Ark. But instead its PhD founders decided to see how far they can ride their cute penguin logo. Soon it will launch native mobile apps with some of most useful push notifications I’ve seen. And as part of its limited launch today at TechCrunch Disrupt New York, Ark is accepting new users at ark.com/tcd until the end of the conference on Wednesday.

Last month when Y Combinator company Ark made waves taking a mammoth seed round, co-founder Patrick Riley told me it didn’t choose to raise a more typical Series A because “If I can get an amazing valuation at a seed round, not give up a board seat, and keep complete control of the company, why not?” Now it’s using that money to hire some information retrieval rockstars the founders spotted during their PhDs at Berkeley.

Facebook was so impressed with how Ark repurposed its data that the social network loosely discussed the possibility of buying the startup or at least acq-hiring its founders. There was no offer extended, but Riley tells me “We didn’t even take it that far. We weren’t interested. We wanted to build something bigger.”

When he says bigger, he means searching beyond profiles, but moving into Greplin’s territory — allowing you to instantly search through all your social data, including public posts, private messages, and even email. If you needed to find an address of a party but weren’t sure if you received in a Facebook message or Gmail, or even any keywords, you could one day use Ark to filter for street addresses, find that apartment number on Haight street, and go have fun. 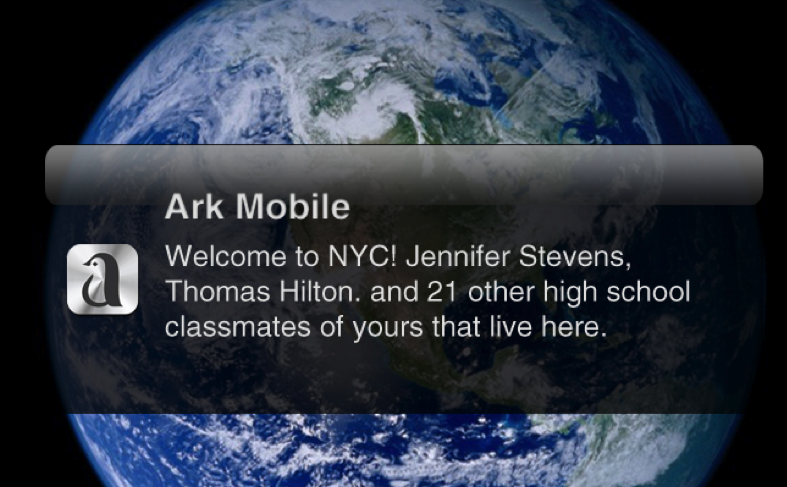 Soon it will launch native mobile apps that take advantage of geo-fencing to show you relevant info about where you are. They do predictive search so when you travel to a new city, it pops up a push notification showing how many friends currently live there. Ark could lead to those offline meetups every mobile app wants to inspire.

There’s rabid interest, too. Ark got 234,000 signups in the first month, and already has 15,000 beta users. Now you can join them and start social searching at ark.com/tcd. (Ark’s having a little trouble handling all the traffic TechCrunch is driving them, so if they signup page errors out, cut ’em some slack and try back soon) 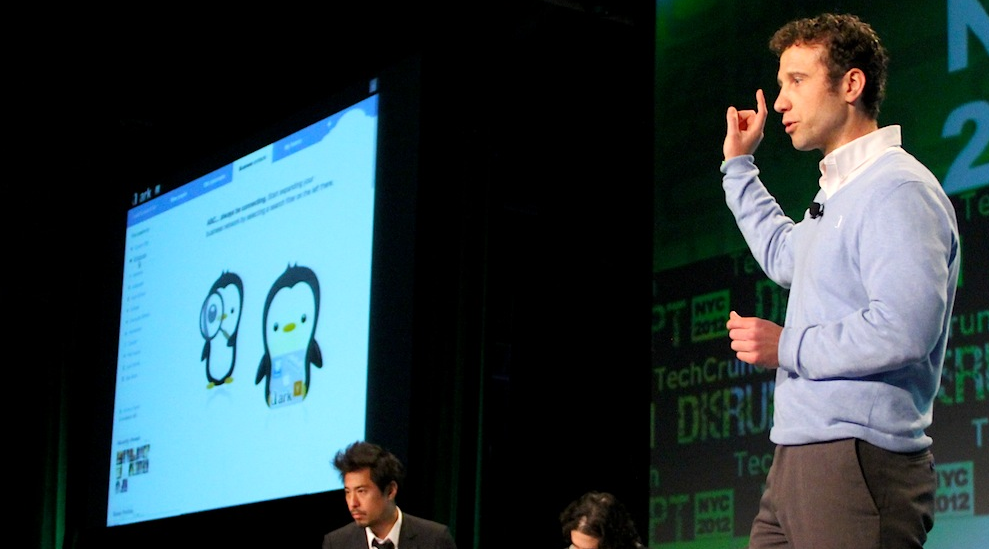 In a Q&A after his Disrupt Battlefield presentation, Riley talked about how Ark is something Facebook and Google couldn’t build. Ark is data platform agnostic, while Google and Facebook would be unlikely to surface each other’s data. He also explained how Ark doesn’t mash together personal and public data in a way that can scare users the way Google’s Search Plus Your World did. Ark uses separate tabs to distinguish searches of public data vs private data only you can see. While he’s quick to admit Ark needs design work, the clear divide between data types creates a trusted relationship with its users.