Facebook will be the largest tech IPO in history today as the company and its early shareholders raise about $16 billion at the final price of $38 a share. There is also an allotment for them to sell up to $2.4 billion more in the next 30 days. Here’s how it compares to other historical IPOs, according to NASDAQ data.

Then here’s how it compares to how much Google and Microsoft each raised in their respective IPOs.

We also have historical price data from SecondMarket, which is a private secondary market that became popular among former Facebook employees who wanted to offload part of their stake in the company. Here’s more data from them:

Facebook has outperformed many of the largest tech companies in the world over last few years. (That’s not totally surprising though since they started from a much lower base.) 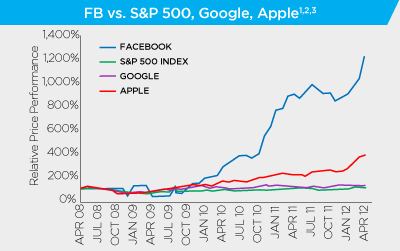 Here’s how the number of transactions has scaled up on SecondMarket over the last few years. 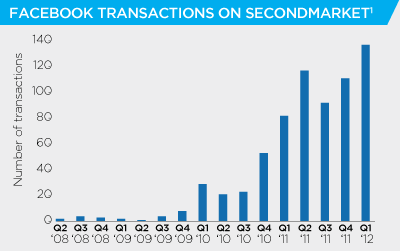 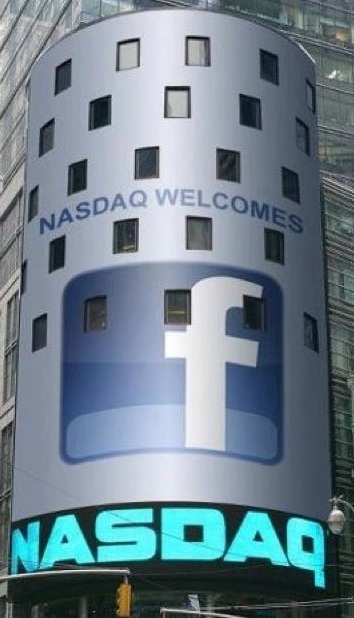