We’ve been covering Gogobot since it first launched in early 2010. It took the social travel discovery and advice site a little while to find its niche, but since about the middle of 2011, it’s been adding new members rapidly. Today, Gogobot is announcing that it has now surpassed the 1 million registered user mark. According to the company’s own data, a new member is signing up for service every 15 seconds. Overall, Gogobot now has 65 times as many members as just a year ago and its users have now shared over 5 million places on the service. 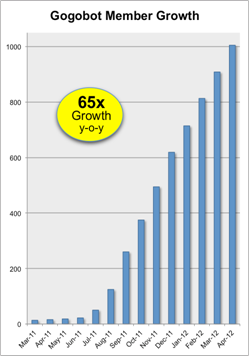 In its early days, the site was more akin to a Yelp for travel than a social travel discovery site. Since then, it has added numerous new features, including Facebook and Twitter integration (Gogobot says 92% of its users now use their real identities to sign up for the service), as well as gamifcation elements like badges and leaderboards. You can also just browse the site for reviews and recommendations without having to sign in, of course.

Given these numbers, it’s pretty clear that the company is on to something. While the company prefers to compare itself to other social travel startups like the Wanderfly, and the Pinterest-inspired travel sites Trippy and Gtrot, there can be little doubt that the companies it is really trying to challenge in this space are TripAdvisor and – maybe to a lesser degree – Yelp.

So far, Gogobot has raised $19 million. Its investors include from major venture capital firms like Battery Ventures, Redpoint Ventures and Innovation Endeavors. TechCrunch founder Michael Arrington’s CrunchFund has also invested in the service. 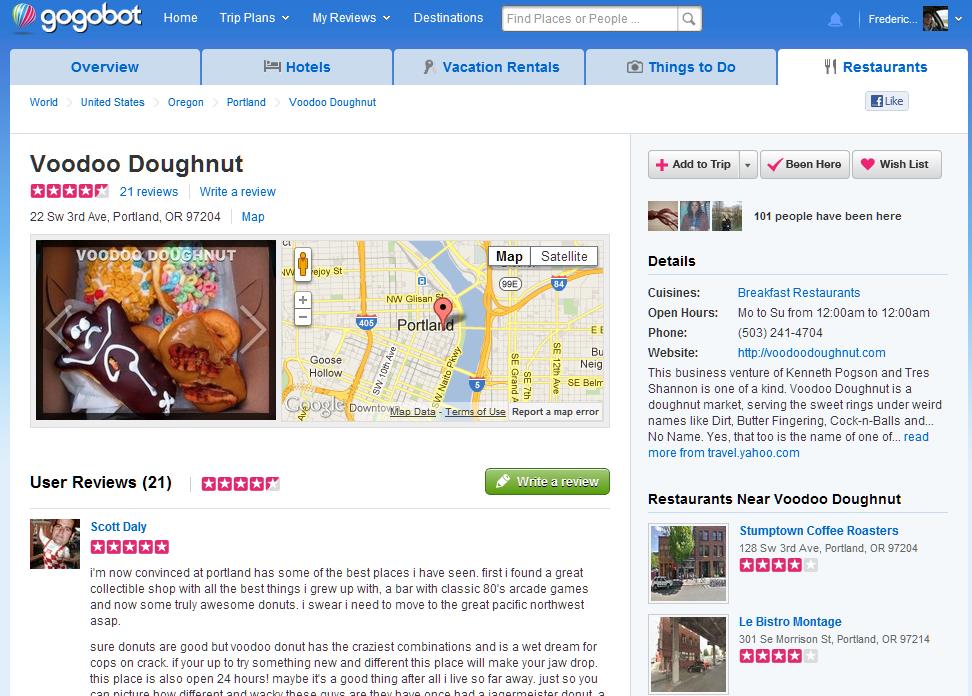