Can early-stage tech startups be financed the way that Disney might fund a Pixar film? We’re about to find out.

New York’s betaworks is crossing the Brooklyn Bridge to do a deal with design collective Fictive Kin. It’s pretty unusual because it resembles the way a producer might bankroll a movie or a game publisher might work with a developer. In this deal, betaworks is paying Fictive Kin, a design collective, a lump sum every year to create three or four concepts. Those concepts will be the basis for companies that are majority owned by Betaworks. If one or two of them happens to take off, betaworks will jump in and figure out how to scale it with the help of Fictive Kin.

The deal plays into a pretty fascinating shift over the last five years in early-stage financing as the cost of building and distributing web and mobile products has fallen dramatically. From Y Combinator to ‘Labs’ style companies like Sequoia-backed Churn Labs and Los Angeles’ Science, there have been myriad experiments around how to build successful companies in a repeatable and scalable way.

“One of the things I’ve been trying to figure out is how do we grow what we do,” said John Borthwick, who is betaworks‘ CEO and is speaking at next week’s TechCrunch Disrupt conference in New York. “We’ve thought about how we could replicate Betaworks in some other geography. But we’ve decided to test this first with a group of designer-developers in Brooklyn.” 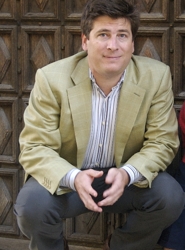 Borthwick didn’t say how much the contract was for, except to say that it was a “couple” million dollars. His firm betaworks is a force in the New York tech community. It put together companies like Chartbeat and bit.ly and also has about 40 investments in companies like Tumblr, Pair and Kickstarter.

“This is us saying, ‘Hey, we love the things you’re doing. We want you to make a couple concepts over the next few years. We will distribute them and scale them up for you and we’ll have a share of the economics,'” he said.

The upside for Fictive Kin, is that the collective’s team doesn’t have to spend time on contract work.

“We will do the initial search for product-market fit and then slowly transition it over to the betaworks team,” said Cameron Koczon, who leads Fictive Kin. He adds, “It’s cool that I don’t have to do fundraising any more.” Fictive Kin has been behind a few products, like browser-based to-do app Teux Deux and Gimme Bar, a bookmarking service.

Much of that transition process will be played by ear. Monetizing consumer web and mobile products is often a long and difficult process that involves understanding the needs of the user community and then explaining value to brand advertisers (if you take an ad-based approach). Ask Twitter, Tumblr or Facebook, all of which have taken years to create and evolve their business models.

Movies and games are also fundamentally different from consumer web products because they monetize in a standard way. It’s ticket, DVD or game sales. But as the cost of building products and then acquiring users for them has fallen, perhaps it’s time that web and mobile products can be financed in a similar way. Paid apps sales are a fairly simple revenue model, for example.

Koczon says the first two products will be straightforward. He says one may be ad-based and the other may be an app concept.

This deal also adds an interesting twist to the debate on how companies should be led as they grow up. More than five years ago, certain Silicon Valley venture firms became known for their penchant to move out early founders in favor of ‘professional’ CEOs. But this has evolved and now firms like Founders Fund and Andreessen Horowitz have championed the idea that founder CEOs are often the best stewards of companies over the very long-run. With every passing year, term sheets for seed investments have also become more entrepreneur-friendly too.

The betaworks deal adds an extra twist. What if some founders just like the early product-market fit part? What if others feel the 20 to 50-person company is the right size for them? Of course, any transition is done with the consent and involvement of Fictive Kin.

Other early-stage firms are experimenting with this process too. Several of the ideas coming out of Los Angeles’ Science are actually originally from the partners, who then find teams to execute on their concepts.

Borthwick adds that a few of betaworks’ current companies have moved forward with only a part of their founding teams. The real-time analytics service Chartbeat, for example, was co-founded by Billy Chasen, who went on to do Stickybits and Turntable.fm because he wanted to do consumer products.

“We want to make sure that all the love and care in the product from Day One continues as we transition it to betaworks,” Borthwick said.