Only 12% of your friends see your average status update, but Facebook is testing an option called “Highlight” that lets you pay a few dollars to have one of your posts appear to more friends. Highlight lets the average user, not Pages or businesses, select an “important post” and “make sure friends see this”, but not color it yellow as Stuff wrote when it first spotted the feature. A tiny percentage of the user base is now seeing tests of a paid version of Highlight, but there’s also a free one designed to check if users are at all interested in the option.

Highlight could show Facebook’s willingness to try more aggressive ways of making money, which should delight potential investors. But Facebook is playing with fire here. The service has always been free for users, and a pay-for-popularity feature could be a huge turn off, especially to its younger and less financially equipped users who couldn’t afford such narcissism. 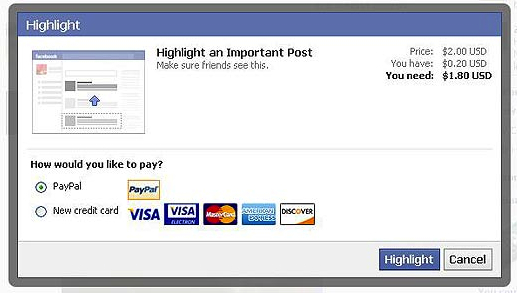 “We’re constantly testing new features across the site. This particular test is simply to gauge people’s interest in this method of sharing with their friends.”

I doubt Facebook is going to see positive reactions to Highlight, but if it did it could turn into an unpredicted revenue stream. Just the fact that Facebook would test this could bolster confidence for potential IPO investors. They want to know the company is interested in striking a more advertiser-friendly balance between a pure user experience and the goals of advertisers. That’s especially important now, as yesterday Facebook had to warn investors that its ad business is in jeopardy as more users access via mobile where it doesn’t show nearly as many ads.

[Update: I understand what Facebook was going for with this. Sometimes you have a post you really need people to see, like “I need a kidney donor”, “I’m renting out my apartment”, or “I’m moving to New York, come say goodbye tonight”. If Facebook wants to give people the option to boost the visibility of the occasional post, it should let people Highlight one post a month, or apply some other frequency cap. But if people can pay to Highlight posts as often as they want, it could do more harm than good.]

The problem is the potential for Highlighted updates to reduce the general relevance of the news feed. Facebook’s news feed sorting algorithm is designed to show you posts by your closest friends or that have received a lot of Likes and comments. Highlight distorts this, and will encourage news feed spamming club promoters, musicians, small businesses, or anyone else with something to gain from more clicks. 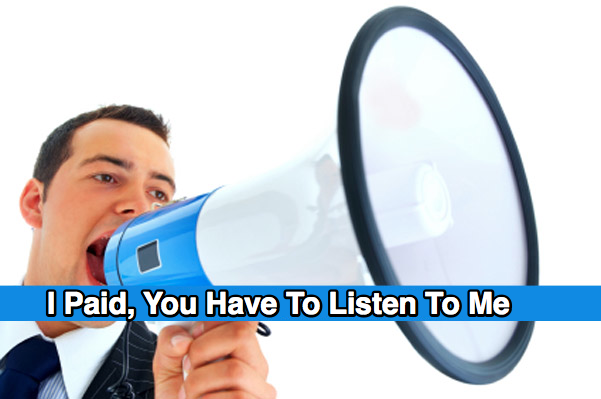 If you’re in the test group and post a status update, you’ll see the “Highlight” option next to the Like and comment buttons below it. If clicked you’re shown the prompt above. Depending on what version of the test you’re seeing you’ll either get a free Highlight, or have to pay a dollar or two for the extra news feed prevalence. Facebook’s testing different price points, but users always pay with a credit card or PayPal, never with its virtual currency Credits.

Highlighted posts may appear higher in the news feed, stay visible for longer, and appear to more friends and subscribers. However, they’re not colored differently to make them stand out. And to be clear, this is not like Twitter’s Promoted Tweets which is designed for businesses. Facebook Highlight is for the end-user.

Luckily Facebook doesn’t seem to be betting the farm on Highlight, since the user who leaked the test was in New Zealand — a more isolated but English-speaking location where Facebook seems to test features it doesn’t want too many people to know about. That’s smart because it could erode the site’s sense of community. On Facebook, what’s supposed to matter is how interesting your posts are, not how deep your wallet is.