Samsung has just officially unveiled the long-awaited Galaxy S III at their event in London, and instead of boring you by telling you how momentous a moment this is for the company, I’m just going to jump right into the nitty-gritty.

The Ice Cream Sandwich-powered Galaxy S III features a sizable 4.8-inch 720p HD Super AMOLED display along with a 1.9-megapixel front-facing camera mounted right above it. Inside its slim 8.6mm thick frame is the recently-revealed 1.4 GHz Exynos 4 Quad chipset, 1GB of RAM, 16 or 32GB of storage, a 2100 mAh battery, and radios for Bluetooth 4.0, WiFi, and NFC connectivity. Around the back of the device is an 8-megapixel camera pod (sorry, no crazy Nokia-esque hijinks here).

In typical Samsung fashion, the device’s frame is clad entirely in lightweight plastic — available in blue or white — but there seems to have been much more thought put into the GSIII’s design.

That’s not to say that something like the Galaxy S II was bad, but it definitely erred on the more industrial side of the design spectrum. The Galaxy S III takes many of its design cues from nature (Samsung Mobile head J.K. Shin says it was inspired by “pebbles and leaves”), and the smooth lines and curves are certainly a welcome change of pace (at least in my book) from the squared-off angles and textured back seen in its predecessor(s).

As far as its hardware goes, it seems to be the sort of incremental upgrade that people have been foretelling for weeks now, but that’s really only half of the equation here. Samsung TouchWiz interface is back in full force albeit tinged with the same sort of nature-focus that inspired the device’s physical looks, and company representatives have just pulled back the curtains on a handful of nifty new features that make the GSIII a real contender.

Expect a more detailed breakdown in a bit, but the Galaxy S II features an updated camera interface that allows users grab the best possible shots with zero-lag. Also on-board is Samsung’s S Voice, which appears to be one of the best possible Android-based alternatives to Siri out there, and may well beat out Apple’s virtual assistant if it works as well as Samsung claims. Then again, Siri doesn’t exactly set the bar too high despite what Zooey Deschanel or Samuel L. Jackson would have us believe.

Oh, and there’s my personal favorite, a picture-in-picture feature called “Pop Up Play,” which lets users resize videos into its own window, and move it around the display while performing other tasks.

It will launch in 145 countries in partnership with 296 wireless carriers, with the 3G HSPA+ version set to launch in Europe, Asia, Africa, and the Middle East in May, while a 4G model will make its debut in the United States, Japan, and Korea later this summer. 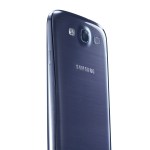 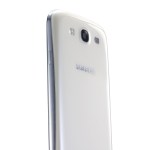 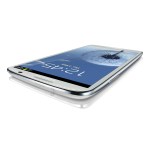 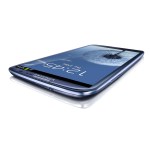 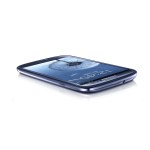 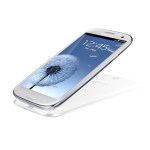